A glance at history

The beginnings of monetary union can be traced back to attempts to unify the coin standard. Emperor Augustus successfully unified the coins in the Roman Empire – for over 400 years the gold coins were minted almost exclusively with the seal of the Roman Emperor.

The fall of the Roman Empire, caused among other things by its multiculturalism and multinationality, led to the disintegration of the state and to the deterioration of the coin value through a lower proportion of gold or silver.

Until the 19th century, the fragmentation of the right to mint coins to the regional rulers led to the fact that the profit resulting from the creation of money from the difference between metal value and production costs and the value of the coins issued was no longer allocated only to a feudal ruler. In the 19th century, completely new methods of creating money emerged for the ruling classes – paper standards were gradually introduced. The paper standard should no longer be based on gold or silver parity, but should be secured by appropriate policy of the central bank, especially by influencing interest rates.

In the 19th century, monetary unions were developed, on which the idea of the euro was based. All failed.

In 1865, the Latin Monetary Union unified the currencies of France, Italy, Belgium, Greece and Switzerland. A French franc corresponded to an Italian lira, which corresponded to a Belgian franc, etc. Greece and Italy were then as now debtor countries. The Union’s objectives were similar to those of the euro zone today: to simplify trade and make countries more competitive on world markets. Although the value of the coins in the Latin Union was based on a fixed gold or silver standard, paper money were not based on the precious metal parity, so that the member states’ central banks were able to print as much as they wanted. Coins minted in accordance with regulations were allowed to circulate freely throughout the Union. Since the relatively stable ratio of silver to gold gradually changed in the nineteenth century to the disadvantage of silver, silver coins flowed in from the south to settle the debts of the southern European states. The obligation to redeem the silver coins in gold at the official parity led to considerable losses in the “North”.

In 1893 Greece became insolvent and, just as it is today, a two-speed Europe emerged of the prosperous states in the north and the debtor states in the south. The French and Belgians financed Greeks and Italians because they were afraid that otherwise all coins would have to be withdrawn from circulation. As it is today, a non-working Union existed until the First World War. What must happen to make us put an end to the madness of the euro?

The same happened with the Scandinavian Coin Union of 1872: the different pace of economic development in Denmark, Sweden and Norway led to the flow of gold to Sweden. The Union also ended with the outbreak of the First World War when the obligation to convert the money into gold was lifted.

A glance at the present

The cost of saving the banks during the last financial crisis was borne by the citizens. Later, politicians led by Merkel saved Greece hand in hand with international bankers. Also at the expense of citizens of other EU countries. What was the point? Despite the Troika measures, Greece is actually bankrupt. Its debts are now higher than they were before the “debt reduction” imposed by the Troika, because the country does not have its own currency, which it could devalue and thus cope with its debts. 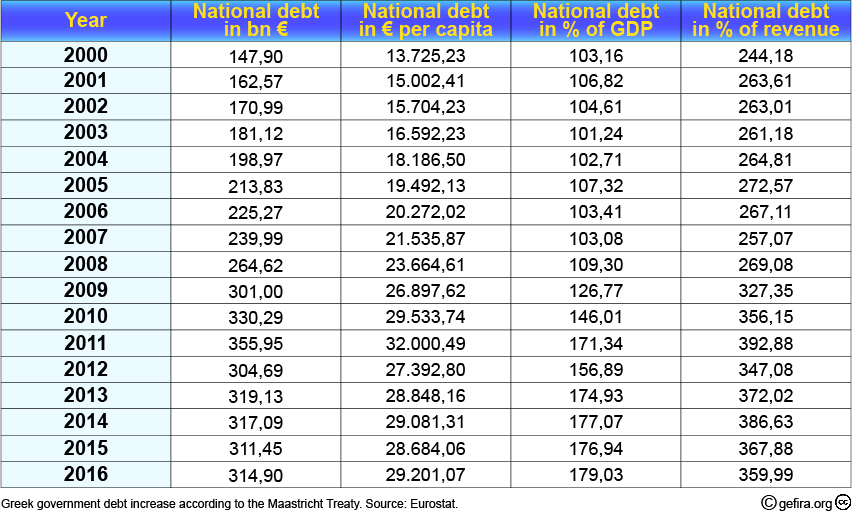 The huge sums of money pumped to Greece did not create any new jobs, no consumption and therefore no new tax revenue.

The ECB decides on interest rates in the euro area and they have remained low for years. In Germany, low interest rates led to a revival of the real estate market, some people are already talking about a real estate bubble, prices of apartments and houses are rising, while savings – whether on bank accounts or in the form of investments – are falling, as they earn a de facto negative interest due to the rising inflation. A gloomy future for future pensioners, if such interest rates persist for longer. Whether the introduction of the euro was favourable for German citizens remains therefore questionable. It stimulated the German economy, that’s right.

However, the introduction of the euro also made southern European economies less competitive.

“With its introduction, the Southern Europeans have recognised the increase in their purchasing power, which could take place due to the fact that the euro is worth more than their national currency; the perception of a better purchasing power created by the euro has led the Southern Europeans to increase imports, but also to raise the prices of their goods (…) The economies of France and Italy were both net exporters before the introduction of the euro and became net importers, whereas Spain, Portugal and Greece have increased the size of their trade deficits”.

Slovakia was the only country in the Visegrád Group to introduce the euro. The consequences?

“Eight years after the introduction of the euro, food prices in Slovakia are ten percent higher than in Czechia or Hungary. Compared to Poland, they are even one-third higher. Although wages in Slovakia would have come closer to the Czech average by 2014, they are now far from each other again.

The purchasing power of the Slovaks, due to their lower wages and higher prices, is significantly lower than that of the Czechs”.

In summary, we have a monetary union without a common fiscal, tax, social and defence policy that has failed and continues to fail: Greece’s bankruptcy, Brexit, Catalonia, high unemployment in Italy, Spain and Slovakia, to name but a few disasters.

Neither does political union exist; it is an idée fixe, a mirage of sick minds of Brussels bureaucrats who do not learn from the history of monetary union and ignore facts.