Wharton Dean: Dimon Mindset Is Wrong, Cryptos Mean "The End Of Money As We've Known It"

Wharton Dean Geoffrey Garrett sees a big split in how blockchain-based digital cryptocurrencies like bitcoin are viewed on Wall Street versus in Silicon Valley. On the East Coast, the idea of a cryptocurrency replacing a fiat currency is still met with skepticism. But in the Valley, they seem “all in.” In this opinion piece he offers his views on this corner of fintech. 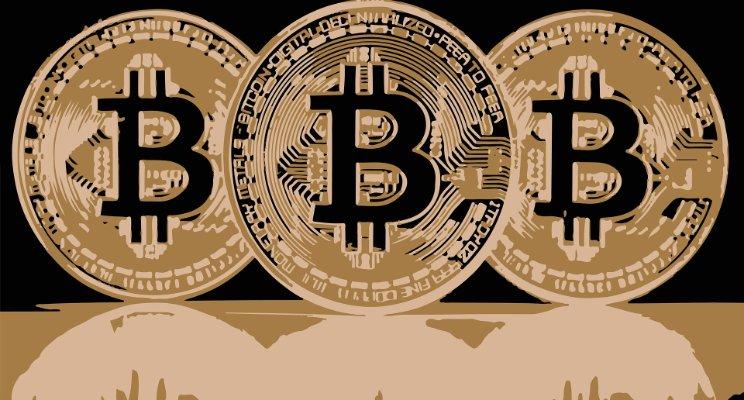 I spent the first week of the New Year with a great group of Wharton undergraduates visiting many of our tremendous alumni in the San Francisco Bay Area. To say it felt very different from the East Coast is an understatement. And I am not talking about missing the “bomb cyclone,” which we did.

I am talking about blockchain/bitcoin/cryptocurrencies, which are much more than a speculative Chinese-cum-millennial obsession.

Whereas most people on Wall Street remain skeptical, playing a wait-and-see game, Silicon Valley is all in. Literally every meeting I participated in, from the biggest tech companies to the smallest startups, was rich with enthusiastic and creative crypto conversations.

I used to think “fintech” meant the end of physical cash - replaced by mobile payments platforms owned by big multinational firms and currently led by China, in established currencies regulated by national governments and international agreements.

I now wonder whether the ultimate fusion of technology and finance will mean “the end of money,” at least as we have known it for the last millennium. It’s no longer sci-fi to imagine the replacement of dollars and other “fiat money” with open sourced, radically decentralized, deeply encrypted and self-regulating transactions in digital units of exchange that are “mined” rather issued by central banks.

I have to admit I went west very much in the Jamie Dimon mindset. The JPMorgan CEO and voice of Wall Street since the financial crisis famously dismissed bitcoin’s virtual rise in 2017: “I could care less about bitcoin.” Strip out his typically gruff rhetorical flourishes, and Dimon was making 2 fundamental points.

Dimon’s first point was that “blockchain” — a globally distributed ledger of financial transactions made secure by advanced cryptography and competition among “miners” (computers competing to execute and record transactions, and being compensated for doing so) — has massive upside. But to become central to mainstream commerce, blockchain will have to lose its unregulated open source roots, be managed by a big multinational conglomerate (think some combination of Visa/Mastercard transactions and SWIFT international transfers), and fall under the clear jurisdictions of national governments and international agreements.

His second point was that the transactions that blockchain records will ultimately be in “cryptodollars”, or cryptoeuros, cryptoyuan, etc. — not bitcoin, ethereum, or any other “non-fiat,” purely “digital” currency that is not issued by central banks. This is because there is literally no underlying value to a bitcoin (“worse than tulips,” to use the oft-cited example of the Dutch “tulip bubble” in the 17th century). In contrast, there is underlying value to a dollar — guaranteed by the US Federal Reserve tied to the strength of the American economy.

The more I talked with people in the Valley, the less convinced I became of these two points.

This is very disconcerting to people like me, steeped in more than 200 years of macroeconomic thought. All the giants (Adam Smith, David Ricardo, John Maynard Keynes, Milton Friedman, Paul Samuelson, and others) not only assumed the centrality of currencies as we have known them. They also valorized money as literally the foundation of a well-functioning economy — both a unit of exchange and a store of value.

In Silicon Valley, there is a healthy disregard for all things Washington, government, and regulation - and of course for the status quo. It’s no surprise there seem to be many more bitcoin believers on the West Coast.

Don’t governments and central banks always face the temptation of printing more money? Are you really so happy with the fees credit cards and banks charge? Wouldn’t it reduce our worries about hacking and cyber security if financial transactions were better encrypted and recorded on millions of computers rather than a handful? Isn’t the genius of bitcoin that there is a finite limit to how many can be produced (by the “halving” algorithm at the center of bitcoin mining)?

I tend to get lost as soon as the blockchain/bitcoin evangelists get into the real data science behind these technologies, but I do think there is real merit to their rhetorical questions. And I increasingly sense I am not alone.

We now can trade bitcoin futures on a crusty old financial exchange. There is lots of VC money pouring into crypto. Asset managers are starting to think about cryptocurrency indexes as a great diversification strategy, because bitcoin risk is likely uncorrelated with any “regular” economic risk. All are powerful indicators that the leading edge of “conventional” finance is taking very seriously the prospects for very radical financial innovation.

Finance meets technology, harnessing the combined power of Wall Street and Silicon Valley. Not only the end of cash, but also the end of money. That is the prospect and potential of fintech. What will happen and when it will happen is impossible to predict — as is invariably the case with the most radical innovations. But there is little doubt that an enormous amount of capital, energy and creativity will pour into cryptocurrencies in the coming months and years — even if bitcoin proves the biggest bubble since tulips.