Nomi Prins: "The Fed Is Scared To Death Of Crashing The Global Financial System"

Two time, best-selling author Nomi Prins says central bankers have no idea how to stop the easy money policies that they started after the financial meltdown of 2008. 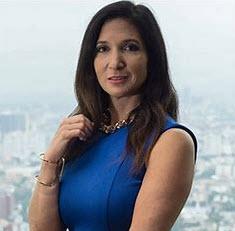 Prins explains, “So, when the Fed says they are going to remove assets from their $4.5 trillion book by not reinvesting the interest payment...the reality is they haven’t really done that.  They have reduced their book by about $10 billion off of $4.5 trillion since they mentioned they were going to start ‘tapering.” 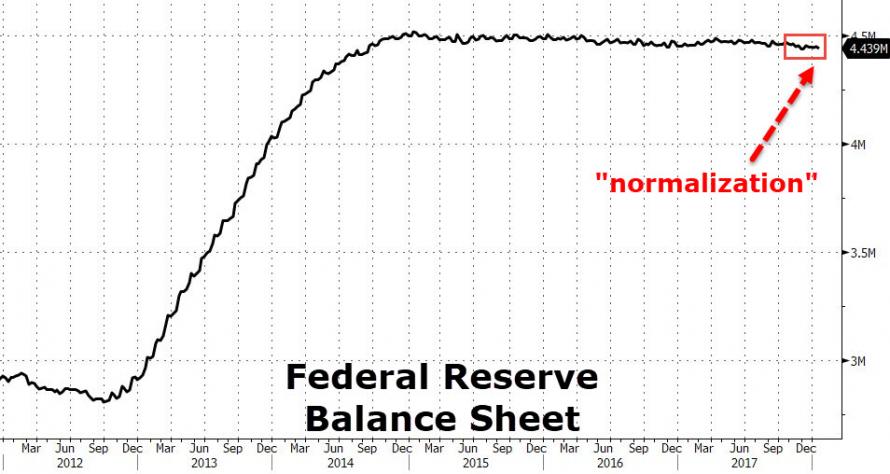 The media discusses this as a major tightening move.  Somehow all of our economies have finally worked because of central bank activity.  Growth is real.  It’s all positive.  The markets are evidence of that because of the levels they are at; and, therefore, these central banks, starting with the Fed, are going to reverse course of these last 10 years.

"The reality is if you look at the actual activity of the central banks, beyond the Fed raising rates by a little bit, there hasn’t been and there isn’t being a reversal of course because they are scared to death that too much of a reversal is going to cause a major crash throughout the financial system.

Everything is connected.  All the banks are connected.  Money flows around the world in less than nanoseconds, and all of it has the propensity to collapse if that carpet the central banks have created is dragged from beneath the floor of all this activity.”

Prins, who just finished traveling the globe to research her upcoming book, thinks there is one big thing that can take the entire system down. Prins, a former top Wall Street banker, contends:

“There hasn’t been any real growth in the real economy.  That is an indication of the misfire of this entire plan.  There has been tremendous growth in stock markets and bond markets.

If you look at localities or states or governments whose debt to GDP levels are well over 100%, in Japan it’s over 200%, in the United States it over 100%, and this is the same throughout the world.  These are levels that they have never been, and they are all at their historic highs.

That’s why debt will ultimately be the destructor of the system.  In order for that to happen, the cheapness of money that allow states, municipalities and corporations to continue to borrow at these cheap levels has to go away...

At some point, there will be a mistake.  There might be a tiny smidge of an interest rate hike at some central bank, probably the Fed, which ripples throughout the system as a mistake, not because real growth has happened, and that’s why interest rates have been raised.  That will incur defaults throughout the system.  People will incur personal defaults, and that will cause problems in the mortgage market... then it becomes a knock-on credit crisis, and then banks start not to lend... Then we have the makings of a broad crisis.”

Prins doesn’t think we get a crash in 2018, but warns when the markets crash, “they will come down fast.”

So, how is Prins protecting herself?

“I’m buying gold... I would also be a buyer of silver because silver is a used hard asset, and it’s at really cheap levels right now.  I would be a buyer as a percentage of my portfolio.  I have done exactly what I am telling you is a good idea to do, which is to take money from the stock market and put it into hard assets.”

Join Greg Hunter as he goes One-on-One with Nomi Prins, author of the upcoming book titled “Collusion: How Central Bankers Rigged the World.”

You can find free information and analysis from Nomi Prins at NomiPrins.com. Prins is giving USAWatchdog.com viewers a special link to buy her new book at a hefty discount. 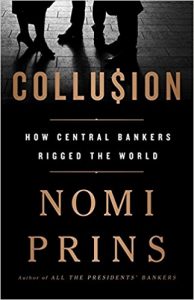 Prins says this pre-order link will give USAWatchdog.com buyers of “Collusion: How Central Bankers Rigged the World” a 40% discount up until it officially releases on May 1, 2018.