We're three weeks into the year and the first of what are expected to be dozens of retail bankruptcies has arrived: Nine West.

But it's hardly the first piece of bad news for the embattled retail sector: Wal-Mart Stores abruptly closed more than 60 of its popular "Sam's Club" locations. Macy's has announced job cuts and added seven stores to a list of more than 100 expected closures.

Citing anonymous sources with knowledge of the situation, Bloomberg reports that Nine West Holdings Inc. and its creditors are nearing a deal to restructure almost $1.5 billion of debt. The plan will involve filing for bankruptcy.

And that's not all: Two weeks ago, Sears revealed that it's struggling to renegotiate some $1 billion of "non-first lien debt." - a sign that the one-time giant is on its last legs, and that the long-anticipated bankruptcy of a former icon of American capitalism could unfold before the end of the year.

Circling back to Nine West, Bloomberg said parts of the firm will be sold to pay down some debt, while Nine West seeks Chapter 11 protection. A restructuring plan has been agreed upon in advance by the company and its creditors, said the people. It's hoping to file before a March 15 interest payment comes due.

First-lien lenders would likely be repaid in full, with second-lien lenders getting the majority of the equity in the reorganized company, according to one of the people. A small portion of the equity would go to holders of the retailer's bonds, the person said.

Nine West's 8.255% notes due 2019 traded Monday at 11 cents on the dollar, according to Trace bond-price reporting data.

Sycamore bought Nine West as part of its $2.2 billion acquisition of Jones Group Inc. in 2014. This isn't Sycamore's first retail bankruptcy: Since its founding in 2011, the New York-based private equity firm has snapped up, financed or invested in struggling retailers such as Staples, the Belk department-store chain and Talbots. Sycamore-owned Coldwater Creek liquidated after filing for bankruptcy in 2014, and in 2016 Aeropostale sued the firm, accusing Sycamore of pushing it into bankruptcy.

It's widely believed that 2017 was the worst year for retail bankruptcies in modern US history, and 2018 is expected to be as bad, or worse.

Last year, 8,000 retail stores closed as their parent companies either declared bankruptcy or scaled back... 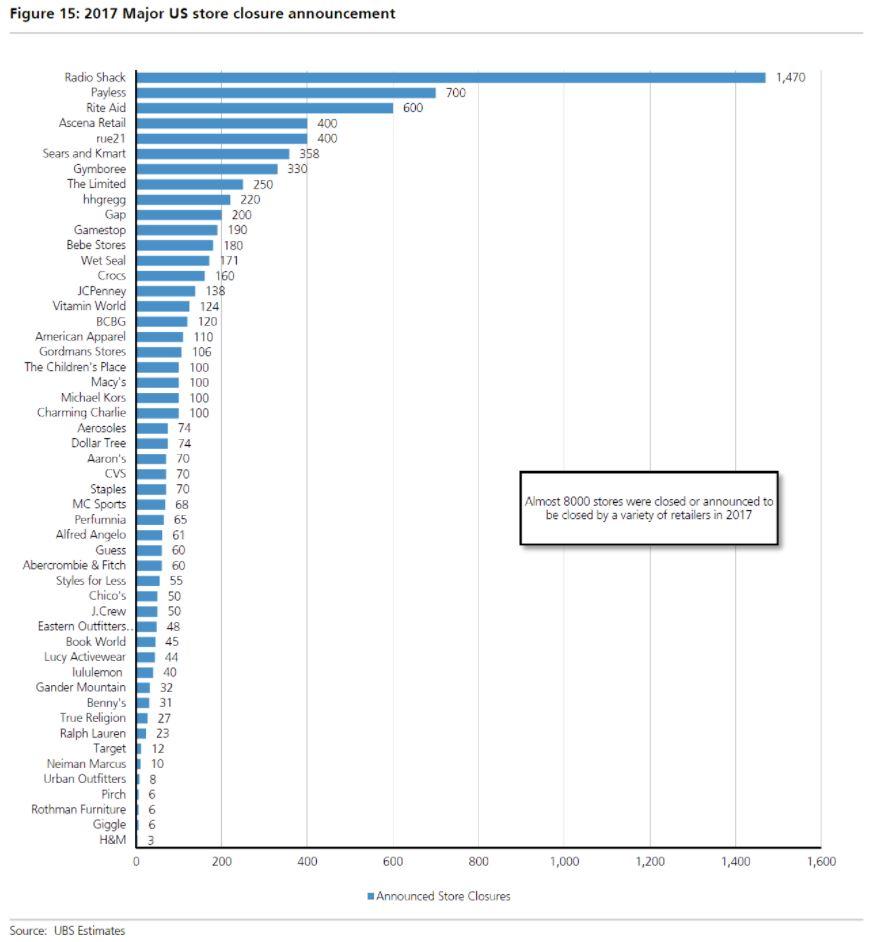 ...And employment in the retail industry has lagged the broader recovery. 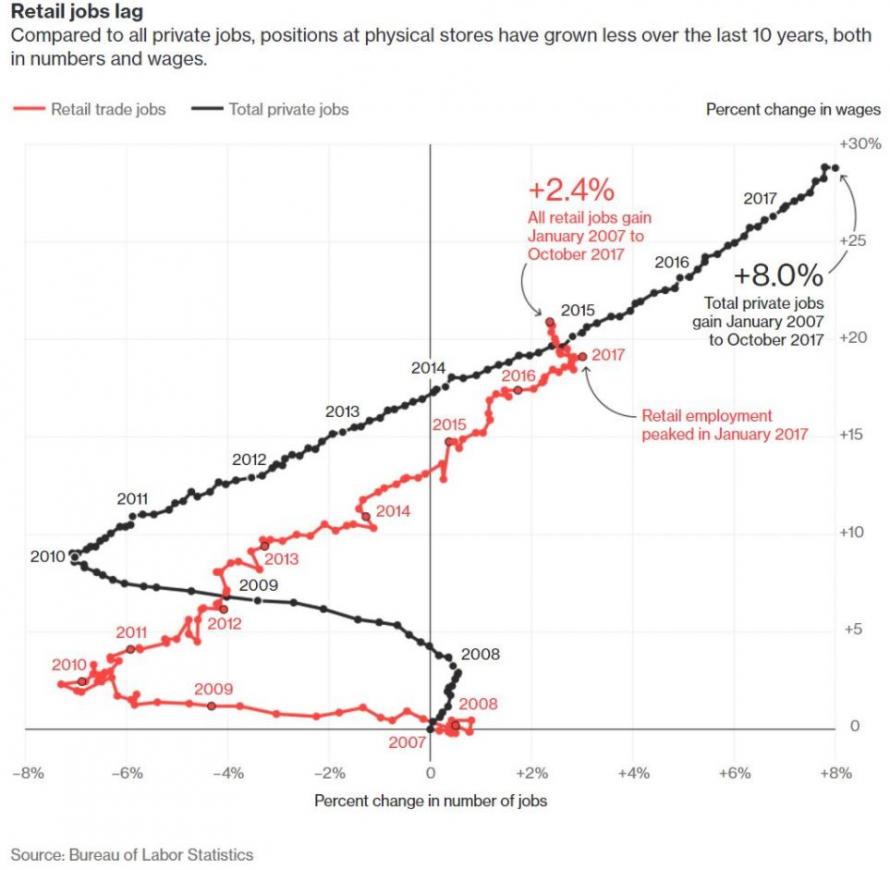 Retailers, of course, can thank Amazon founder Jeff Bezos for their troubles. The rise of e-commerce and a period of overexpansion during the 2000s, have decimated the industry. The impact has been felt in the commercial real-estate market as one-third of American shopping malls are expected to close during the coming years, crushing REITs tied to these properties.