Kurdish Leaders Implore Assad To Defend Afrin From The Turks

The Kurdish authorities in the Afrin Canton of Aleppo have called on the Syrian government of Bashar Al-Assad to defend the region from the attacking Turkish forces, the SBS News reported Thursday evening.

According to the SBS News report, a statement posted on the website for the Afrin authorities underscored the complexity of the Syrian war and the ongoing problems caused by the Turkish aggression in northern Syria.

“We call on the Syrian state to carry out its sovereign obligations towards Afrin and protect its borders with Turkey from attacks of the Turkish occupier … and deploy its Syrian armed forces to secure the borders of the Afrin area,” the statement said, as quoted by SBS News. A similar report was released by Al-Mayadeen TV on Wednesday; however, it was later denied by the official media wing of the  Kurdish People’s Protection Units (YPG). 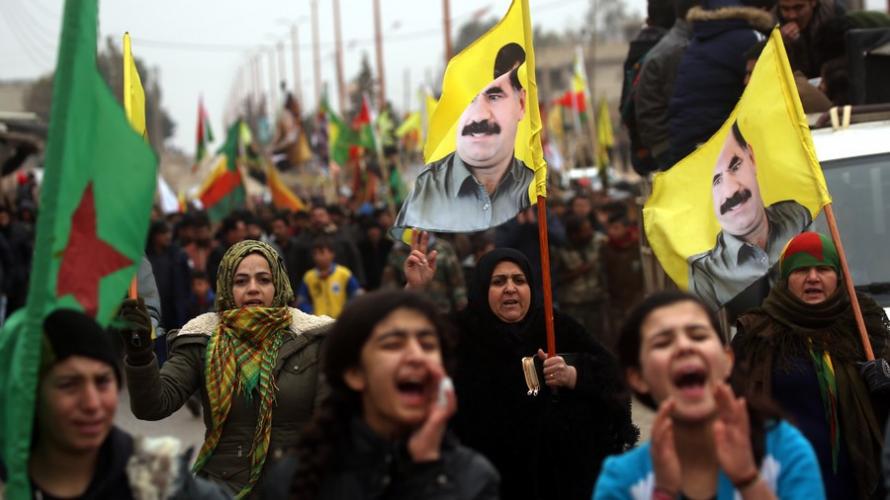 Meanwhile, as “Operation Olive Branch” entered its sixth day, Ankara’s foreign minister Mevlut Cavusoglu has stated that Turkey has no intention of targeting or attacking troops of the Syrian Arab Army. Cavusoglu said this during an interview with journalists on Thursday. The Minister of Foreign Affairs said that Turkey wished to preserve Syria’s unity, and as such will not attack any Syrian Arab Army forces or equipment.

“While they do not attack us, we do not need to consider them as our target. Up to this day, we have not taken such actions,” Cavusoglu said. “Damascus knows that the YPG militias (People’s Protection Units) want to divide Syria. Whereas Turkey and Damascus as well as the opposition forces are all supportive of the territorial integrity of Syria within its current borders. We believe that the Syrian regime will not cooperate with terrorists,” the minister added.

Turkey considers the Kurdish YPG militias in Syria to be an affiliate of the banned Kurdistan Workers’ Party (PKK), which is labeled a terrorist organization by Ankara. The Turkish offensive came in direct reaction to recent statements by the US and its Kurdish allies in northern Syria, that they would form a US-trained “border security force” consisting out of Kurdish troops, a move seen by many as a step towards secession of the Kurdish areas from Syria.

Despite Turkey claiming it seeks to “help” Syria in preserving its unity, the fact that its offensive entered Syrian soil without permission from Damascus, combined with the fact that Turkey has been actively supporting Syrian “moderate rebels” of the so-called Free Syrian Army for years now as part of Operation Euphrates Shield, have made Damascus very wary of the Olive Branch operation.

Meanwhile, after multiple accusations coming from Turkish officials this week that the US is supporting a "terror army" in northern Syria, the Pentagon has denied providing any training or arms to the Kurds located in the Afrin area in particular, according to a statement by the Pentagon’s Joint Staff Director Lt. Gen. Kenneth F. McKenzie Jr. speaking to reporters on Thursday.

“We haven’t trained or provided equipment for any of the Kurds that are in Afrin pocket. We are focused on the Euphrates River Valley operations to the South and to the East,” McKenzie said.

When asked about the plans about the weapons provided to the Syrian Kurds, McKenzie said, “We carefully track weapons that are provided to them.” And he said further, “We ensure that they to the maximum extent possible don’t fall into the wrong hands, and we continue discussions with the Turks on those issues,” he said.

Last Saturday, the Turkish Armed Forces launched the massive operation against the Kurdish forces in Afrin. Damascus has strongly condemned Ankara’s actions, with the Syrian Foreign Ministry calling them a violation of the country’s sovereignty.