Robinhood Financial, which is reportedly the "fastest-growing online brokerage in history" for the simple reason that it is - or rather was - free, is getting into cryptocurrencies. The popular free stock-trading app with more than 3 million users said it will add options for trading Bitcoin and other digital coins, entering competition with fellow fintech startup Coinbase.

Digital currency trading will mark the first paid product for Robinhood, which became wildly popular among millennials by letting anyone buy and sell small amounts of stock without fees. The company said it’ll only charge for cryptocurrency transactions to recoup the costs associated with trading the assets and won’t take a commission.

Still, the total transaction costs will be decidedly lower compared to Coinbase’s 1.5 to 4% fees in the US. And as of today Robinhood will let all users track the price, news, and set up alerts on those and 14 other top crypto coins, including Litecoin and Ripple. 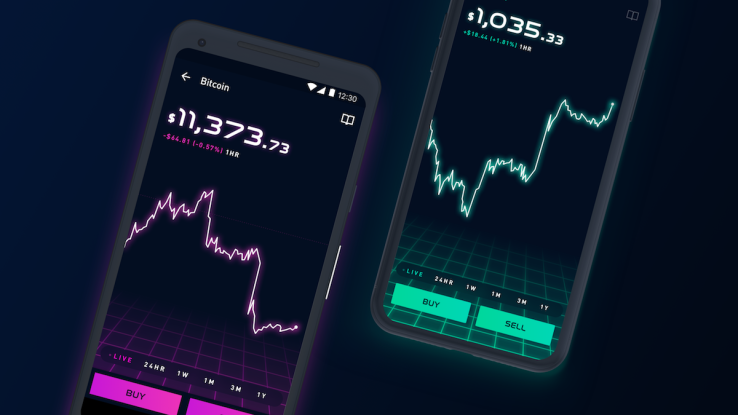 “We’re planning to operate this business on a break-even basis and we don’t plan to profit from it for the foreseeable future” said Robinhood co-founder Vlad Tenev. “The value of Robinhood Crypto is in growing our customer base and better serving our existing customers.”

Robinhood plans to roll out the option gradually and hopes to have it available to customers in most U.S. states by midyear, Bloomberg reports.

“Bitcoin has a resiliency to it,” said Baiju Bhatt, co-founder and chief executive officer of Robinhood. “This is something that we also feel like really fundamentally aligns with the mission of the company -- to make the financial system more accessible to the rest of us.”

Not really: in a world of trader apathy, cryptos remain the one product which Millennials are excited and fascinate by, and the rush to grab - and steal - market share for the most active retail trading segment is only just starting.

According to TechCrunch, by using crypto trading as a loss leader instead of its primary business like Coinbase and other apps, Robinhood could substantially expand beyond the 3 million users it already has. Meanwhile, simplifying trading and tracking could bolster Bitcoin and Ethereum. And by combining it with traditional stock, ETF, and option trading in a single app, Robinhood could further legitimize the cryptocurrency craze. The two trading worlds could cross-pollinate, dragging even more people into the crypto scene.

Robinhood's new product offering should be especially popular among Robinhood’s young customer base, whose average age is 30 years old. According to a recent survey, more than half of Bitcoin holders (sic) are from the ages of 18 to 34.

Some more from Bloomberg:

Coinbase and Robinhood were founded around the same time about five years ago and are part of a small crowd of fintech startups with valuations exceeding $1 billion. Coinbase, one of the world’s largest cryptocurrency exchanges, makes money by charging the buyer and seller a fee. It’s easy to see why Robinhood wants in on the action.

While Robinhood added more than 300,000 accounts in November and now has more than 3 million users, Coinbase has grown more rapidly, to more than 13 million as of late last year.

As TechCrunch adds, Robinhood has raised $176 million from top investors including Andreessen Horowitz, Index, and NEA that now value the company at $1.3 billion. There’s clear long-term benefit to rolling up crypto traders and using the feature as a wedge to get them to hold money with Robinhood where it earns interest, and pay for the Robinhood Gold premium tier for $6 to $200 a month that lets them borrow between $1,000 and $50,000.

Meanwhile, in an attempt to maintain its recent momentum, Coinbase which on several days in recent months saw as many as 100,000 new daily user, added a former Twitter executive to its ranks to lead customer service and vowed to substantially increase its support staff. Robinhood says it has also added to that department recently.

As Robinhood rolls out the new functionality, “There will be a wait list, and we will onboard customers at a rate at which we can support them,” Bhatt said. “We’re not strangers to trading operations. We’ve been doing this for years now in public markets, and we’ll take what we’ve learned from doing this and apply it to crypto.”

The slow rollout should help. Starting in February, all Robinhood customers will be able to have watch lists for Bitcoin and other crypto-assets like Ethereum and Ripple. Trading will come later. A Robinhood spokesman declined to say which exchange it will use, but he said the company will add multiple ones over time, with the goal of getting customers the best prices.

The early demand for the product was clear. 100,000 of Robinhood’s users were regularly seaching for crypto pricing and trading in its app, and 95% of those surveyed said they’d invest in cryptos if the product supported it. Robinhood even had to send a cease-and-desist to “Cobinhood”, a competing crypto trading app that cribbed its name and raised $10 million in an ICO.

Judging by the choices of two top startups, you could see this week as a sign of cryptocurrency’s shifting purpose. Yesterday Stripe removed Bitcoin as a payment option on its platform, and now Robinhood is adopting trading. “People are thinking about cryptos less from a payments standpoint and more from an assets investment standpoint” Tenev explains.

“[Cryptocurrency] puts power that’s historically been held by financial institutions in the hands of the people. I think that lines up directly with Robinhood’s mission to democratize the financial system” Tenev told TechCrunch, concluding “We’re an established company and we can handle it”. The confidence to burst into the wild west of crypto could either tank his startup with a massive security fail or greatly boost its traction by alligning with what’s become a cultural phenomenon.

That said, Robinhood - and Coinbase - have a long way to go before they become true market makers, a title reserved for Japan's millions of rabid bitcoin traders and, of course, South Korea's "Bitcoin Zombies."