With Washington having seemingly turned its turret away from 'terror' and back to "revisionist, authoritarian" regimes like 'Russia and China', the Military-Industrial Complex is 'gonna need a bigger budget' - a 13% bigger $716 billion one by 2019. 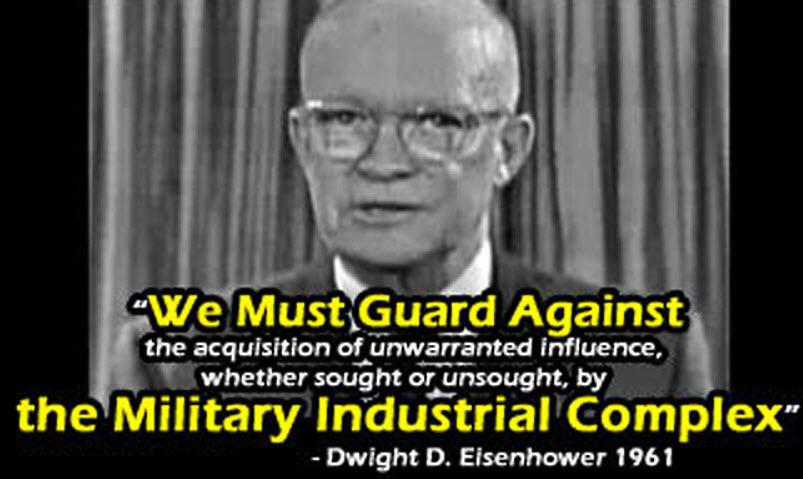 US military spending already dwarfed the rest of the world... 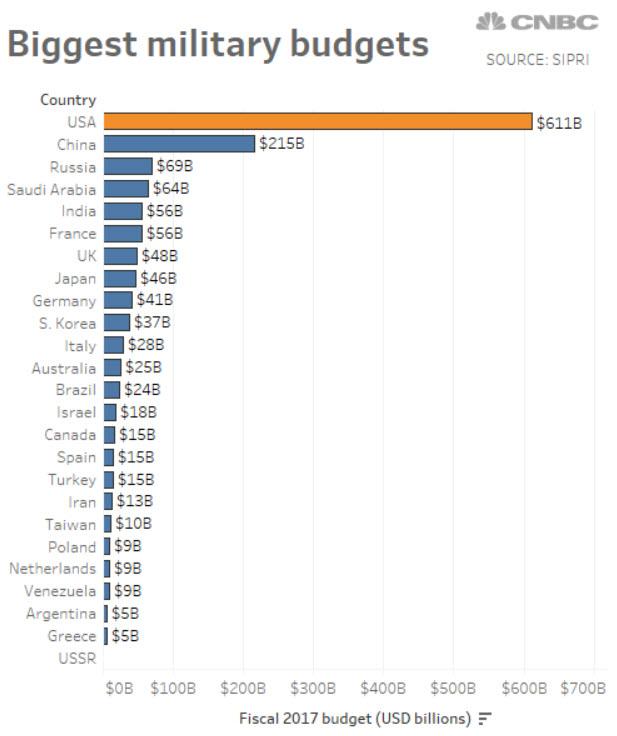 But, while presenting the 2018 National Defense Strategy (NDS2018) of the United States on Friday at the Johns Hopkins University, Secretary of Defense James Mattis painted a picture of a dangerous world in which U.S. power – and all of the supposed “good” that it does around the world – is on the decline.

“Our competitive edge has eroded in every domain of warfare – air, land, sea, space, and cyberspace,” he said. “And it is continually eroding.”

And now, as The Washington Post reports, President Trump is expected to ask for $716 billion in defense spending when he unveils his 2019 budget next month, a major increase that signals a shift away from concerns about rising deficits, U.S. officials said.

The proposed budget is a victory for Defense Secretary Jim Mattis, who recently unveiled a strategy that proposes retooling the military to deter and, if necessary, fight a potential conflict with major powers such as China and Russia.

And it represents a setback for deficit hawks such as Mick Mulvaney, director of the Office of Management and Budget, who last year pressed for an increase in defense spending that could be offset by cuts to domestic programs.

The $716 billion figure for 2019 would cover the Pentagon’s annual budget as well as spending on ongoing wars and the maintenance of the U.S. nuclear arsenal. It would increase Pentagon spending by more than 7 percent over the 2018 budget, which still has not passed through Congress.

The proposed budget would be a 13 percent increase over 2017 when the United States spent about $634 billion on defense. In the absence of a budget, spending continues at 2017 levels.

What's behind this massive surge in "defense" spending... Simple...

Here are the highlights from Secretary Mattis’s speech, on January 19th, introducing NDS2018:

This defense strategy was framed ... by President Trump's National Security Strategy. … It is, as was noted by the dean, our nation's first National Defense Strategy in 10 years. ...

We will continue to prosecute the campaign against terrorists that we are engaged in today, but Great Power competition, not terrorism, is now the primary focus of US national security. …

We face growing threats from revisionist powers as different as China and Russia are from each other, nations that do seek to create a world consistent with their authoritarian models, pursuing veto authority over other nations' economic, diplomatic and security decisions.

Rogue regimes like North Korea and Iran persist in taking outlaw actions that threaten regional and even global stability. Oppressing their own people and shredding their own people's dignity and human rights, they push their warped views outward. …

We're going to build a more lethal force. We will strengthen our traditional alliances and building new partnerships with other nations.

The second line of effort I noted was to strengthen alliances as we build new partnerships, as well.

“What Mattis is saying is that you can’t have the best military in the world on an Obama budget,” said Mark Cancian, a defense analyst with the Center for Strategic and International Studies (CSIS).

The proposed increase is “a huge deal."

"It’s a big jump in defense and means that the Trump administration is putting resources against an extremely aggressive defense strategy."

Ironic that this comes just hours after the government reported that core durable goods orders tumbled in America but thanks to a 55% surge in Defense Aircraft spending, all is well... we're gonna need moar war... for sure.