Despite this, as Visual Capitalist's Jeff Desjardins notes, for most of the U.S. population, food actually makes up a decreasing portion of their household spending mix because of rising incomes over time. Just 13.1% of income was spent on food by the average household in 2016, making it a less important cost than both housing and transportation.

That said, fluctuations in food prices can still make a major impact on the population. For lower income households, food makes up a much higher percentage of incomes at 32.6% – and how individual foods change in price can make a big difference at the dinner table.

Today’s infographic comes from TitleMax, and it uses data from the Bureau of Labor Statistics to show the prices for 30 common grocery staples over the last decade.

We’ve summarized the statistics in the following table to show the grocery prices in 2007 and 2017, as well as the total percentage change. 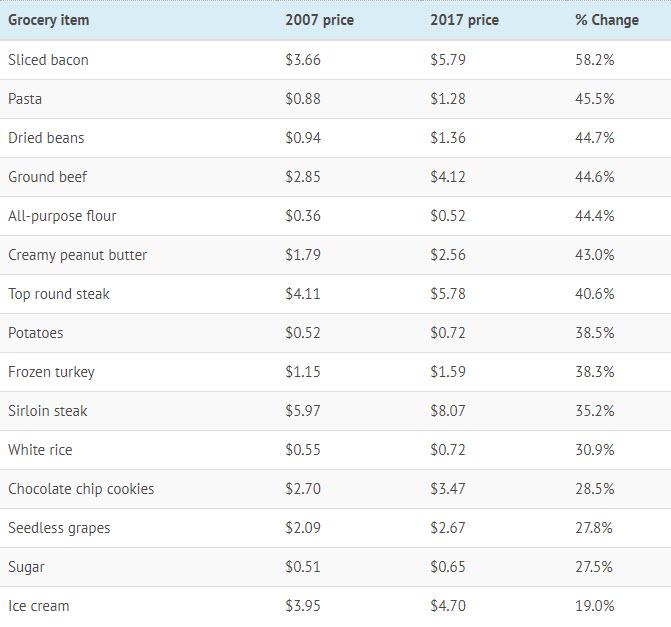 THE FUTURE OF FOOD

As we’ve previously noted, technology is being applied to agriculture and food in really interesting ways – and the future of food could be very different than what we see today.

How will the grocery prices of everyday staples be affected by growth in automated vertical farms, aquaponics, in vitro meats, and artificial animal products?

With shifting consumer preferences towards more local and sustainable products, it will be interesting to revisit this data in the coming years.