While America's nationwide economy is reportedly firing on all cylinders, the picture is very different from 10s of 1000s of Alaskans dealing with a state-wide recession forced to turn to the government for healthcare and food prompting questions from state lawmakers about the sustainability of those 'safety-net' programs.

Some states are more equal than others... 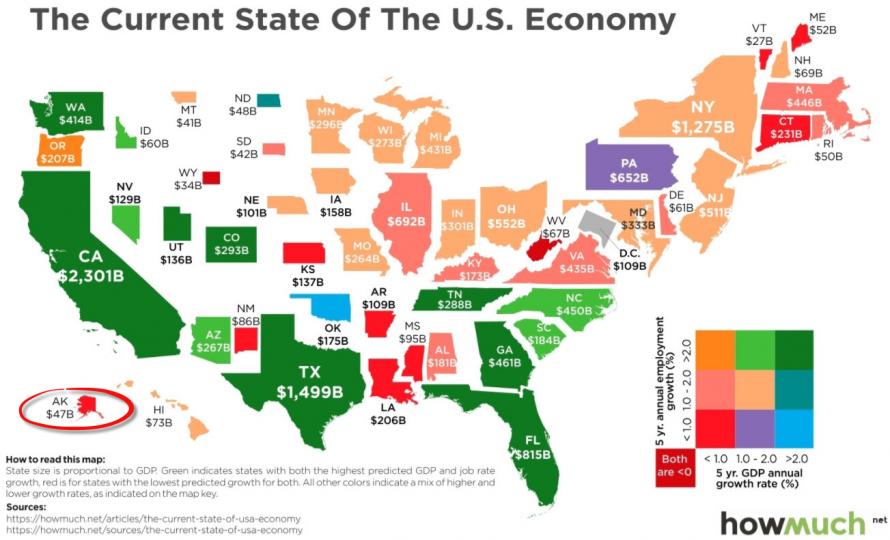 As The Anchorage Daily News reports, Gov. Bill Walker's administration projects 240,000 people to be enrolled in the Medicaid health-care program next year, up from 163,000 in 2015.

And 101,000 Alaskans were receiving food stamps in September, up from 72,000 a year earlier, according to preliminary federal data. 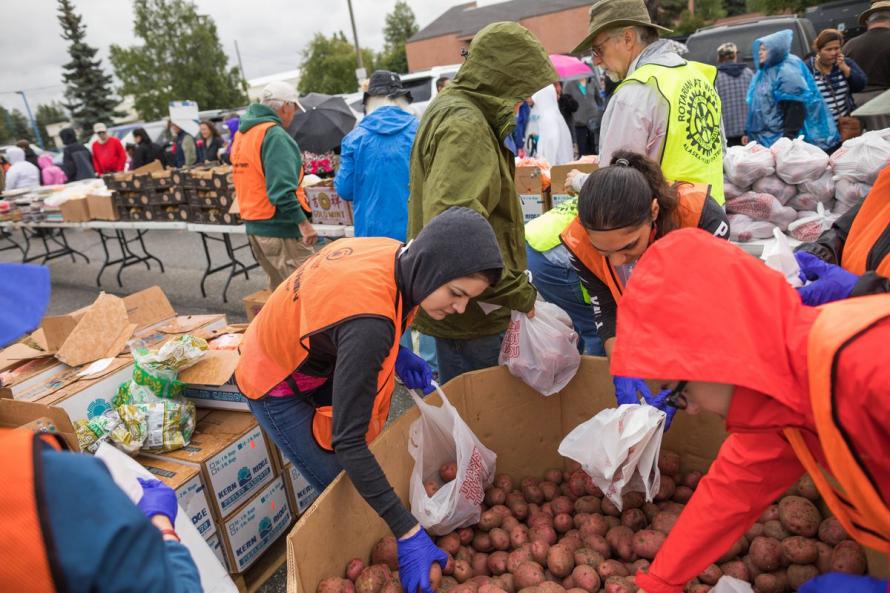 In total, the program covers nearly one-third of the state's population.

"It's going to eat us alive if we don't manage it," said Soldotna Republican Sen. Peter Micciche, who oversees the state health department's budget for the Senate.

Walker's administration has acknowledged the spike in numbers and says it's working to keep costs in check.

But it also points to a remarkable fact: The state's annual costs for Medicaid have barely budged even as it covers nearly 50 percent more people.

As for food stamps, formally known as the Supplemental Nutrition Assistance Program or SNAP, the federal government covers the full cost of Alaskans' benefits, which was $190 million last year.

The state pitches in $10 million to administer the program. 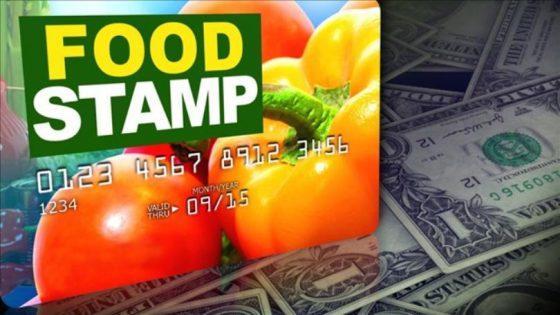 Anti-hunger advocates want to see adequate budgets for their government programs rather than rely on the free market. They also oppose making it more difficult for people to qualify for assistance programs given how many Alaskans are struggling, said Sarra Khlifi, program manager at the Alaska Food Coalition.

Khlifi said her members — social service organizations focused on fighting hunger and its causes — have been noticing more consistent demand, instead of in the past when clients arrived at the end of the month after using up their food stamps.

But, As SHTFplan's Mac Slavo notes, higher taxes to fund government programs only force those living paycheck to paycheck to also enter into these very programs, which were supposed to be designed to eliminate hunger. It’s the vicious cycle of a government attempt to fix a problem they started.

Once again the headlines of an 'aggregated' nation's 'wealth' hide the ugly realities for so many real Americans at home.