Silver Bullion: 'Once and Future Money'

Silver Bullion: Once and Future Money

- "Silver is as much a monetary metal as gold" - Rickards
- U.S. following footsteps of Roman Empire which collapsed due to currency debasement (must see table)
- Silver bullion is set to rally due to a combination of supply/demand fundamentals, geopolitical pressures creating safe haven demand, and increasing inflation expectations as confidence in central banking and fiat money erodes
- "Silver is ripe for a major breakout to the upside in 2018" - analyst Samson Li of Reuters
- Investors can still buy 99.9% pure one ounce silver bullion coins
- "Secular rally in silver bullion is in its early days" and "will be sustained and amplified in the months and years to come" 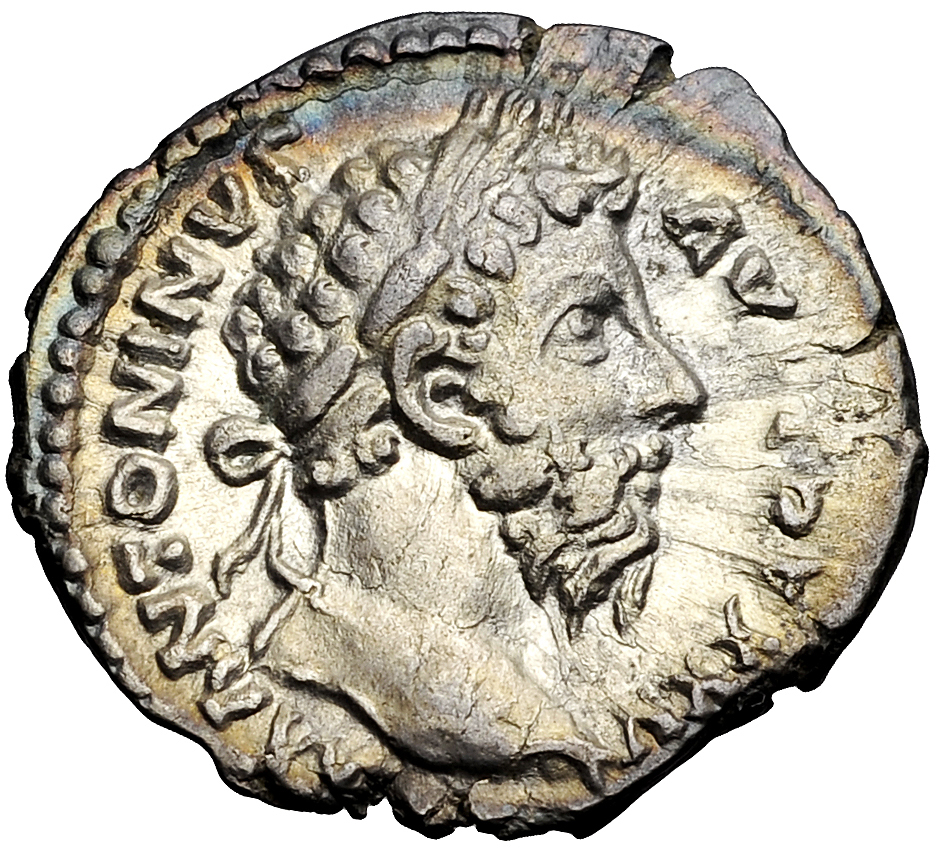 Silver Denarius of Marcus Aurelius via Wikipedia and Silver Eagles (2018) of U.S. Mint

The Roman Republic and the later Roman Empire had gold coins called the aureus and solidus, but they also minted a popular silver coin called the denarius. One denarius was the daily wage for unskilled labor and Roman soldiers.

Of course, in the late Empire, the aureus, solidus and denarius were all debased by mixing the gold and silver with base metals. The decline of the Roman Empire went hand in hand with the decline of sound money.

In the early ninth century AD, Charlemagne greatly expanded silver coinage to compensate for a shortage of gold. This was successful in stimulating the economy of the predecessor of the Holy Roman Empire. In a sense, Charlemagne was the inventor of quantitative easing over 1,000 years ago. Silver was his preferred form of money.

Under the U.S. Coinage Act of 1792, both gold and silver coins were legal tender in the U.S. From 1794 to 1935, the U.S. Mint issued “silver dollars” in various designs. These were widely circulated and used as money by everyday Americans. The American dollar was legally defined as one ounce of silver.

The American silver dollar of the late eighteenth century was a copy of the earlier Spanish Real de a ocho minted by the Spanish Empire beginning in the late sixteenth century. The English name for the Spanish coin was the “piece of eight,” (ocho is the Spanish world for “eight”) because the coin could easily be divided into one-eighth pieces.

Until 2001 stock prices on the New York Stock Exchange were quoted in eighths and sixteenths based on the original Spanish silver coin and its one-eight sections.

Click to enlarge. Currency debasement as seen in falling silver purity of the Antoninianus (Wikipedia)

Until 1935 U.S. silver coins were 90% pure silver with 10% copper alloy added for durability. After the U.S. Coinage Act of 1965, the silver content of half-dollars, quarters and dimes was reduced from 90% to 40% due to rising price of silver and hoarding by citizens who prized the valuable silver content of the older coins.

The new law signed by President Johnson in 1965 marked the end of true silver coinage by the U.S. Other legislation in 1968 ended the redeemability of old “silver certificates” (paper Treasury notes) for silver bullion.

Thereafter, U.S. coinage consisted of base metals and paper money that was not convertible into silver; (gold convertibility had already ended in 1933).

Let’s hope that the U.S. is not following in the footsteps of the Roman Empire in terms of a political decline coinciding with the substitution of base metals for true gold and silver coinage.

In 1986, the U.S. reintroduced silver coinage with a .999 pure silver one-ounce coin called the American Silver Eagle. However, this is not legal tender although it does carry a “one dollar” face value. The silver eagle is a bullion coin prized by investors and collectors for its silver content. But it is not money. 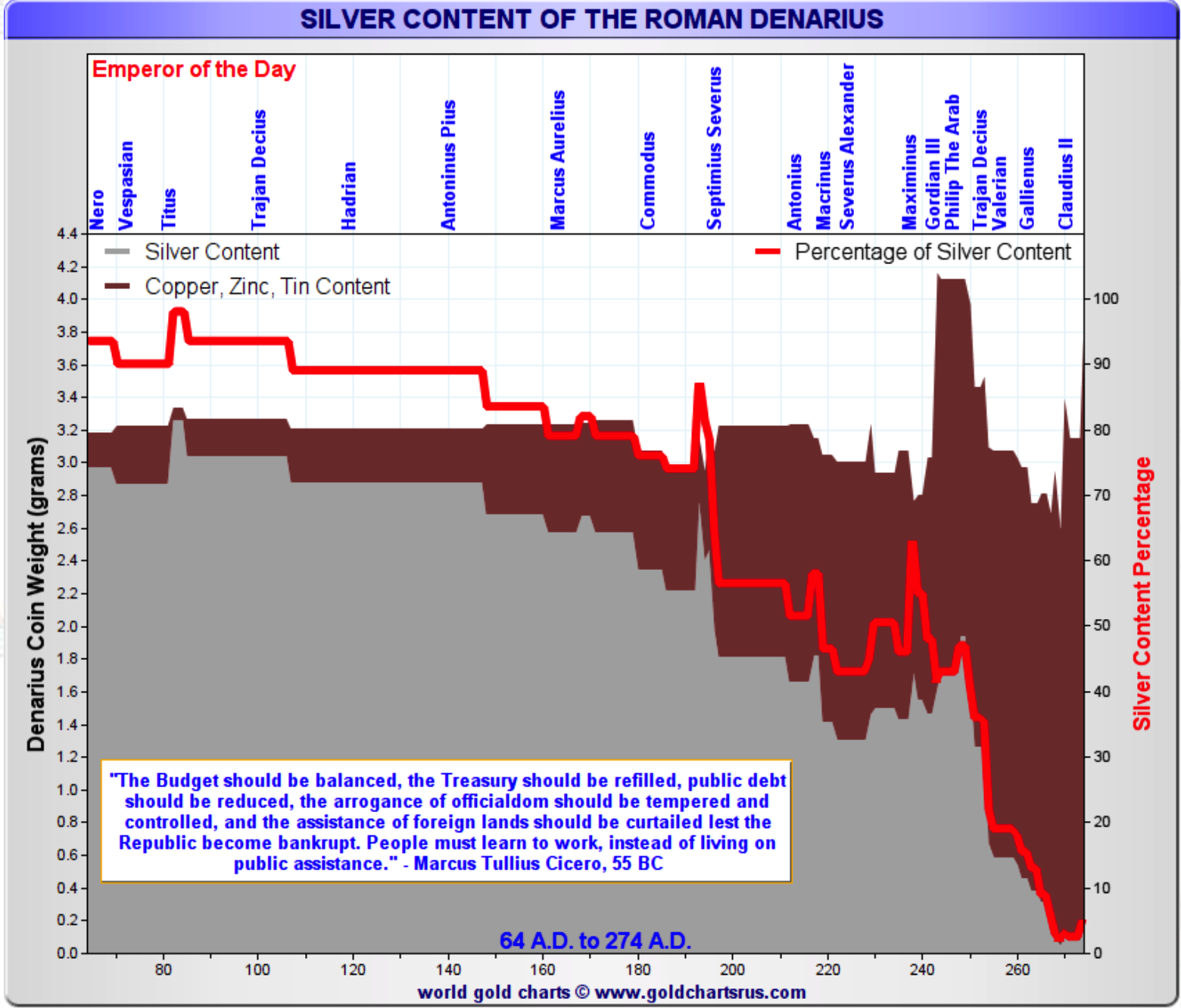 Who in their right mind would pay a full ounce of silver for goods or services worth only a buck?

In short, silver is as much a monetary metal as gold, and has just as good a pedigree when it comes to use in coinage. Silver has supported the economies of empires, kingdoms and nation states throughout history.

It should come as no surprise that percentage increases and decreases in silver and gold prices denominated in dollars are closely correlated.

Silver is more volatile than gold and is more difficult to analyze because it has far more industrial applications than gold. Silver is useful in engines, electronics and coatings.

Interestingly, gold is used very little other than as money in bullion form. Gold has some highly specialized uses for coating and ultra-thin wires, but these are a very small part of the gold market.

Both gold and silver are used extensively in jewelry. I consider jewelry to be “wearable wealth” and akin to bullion rather than a separate market segment. 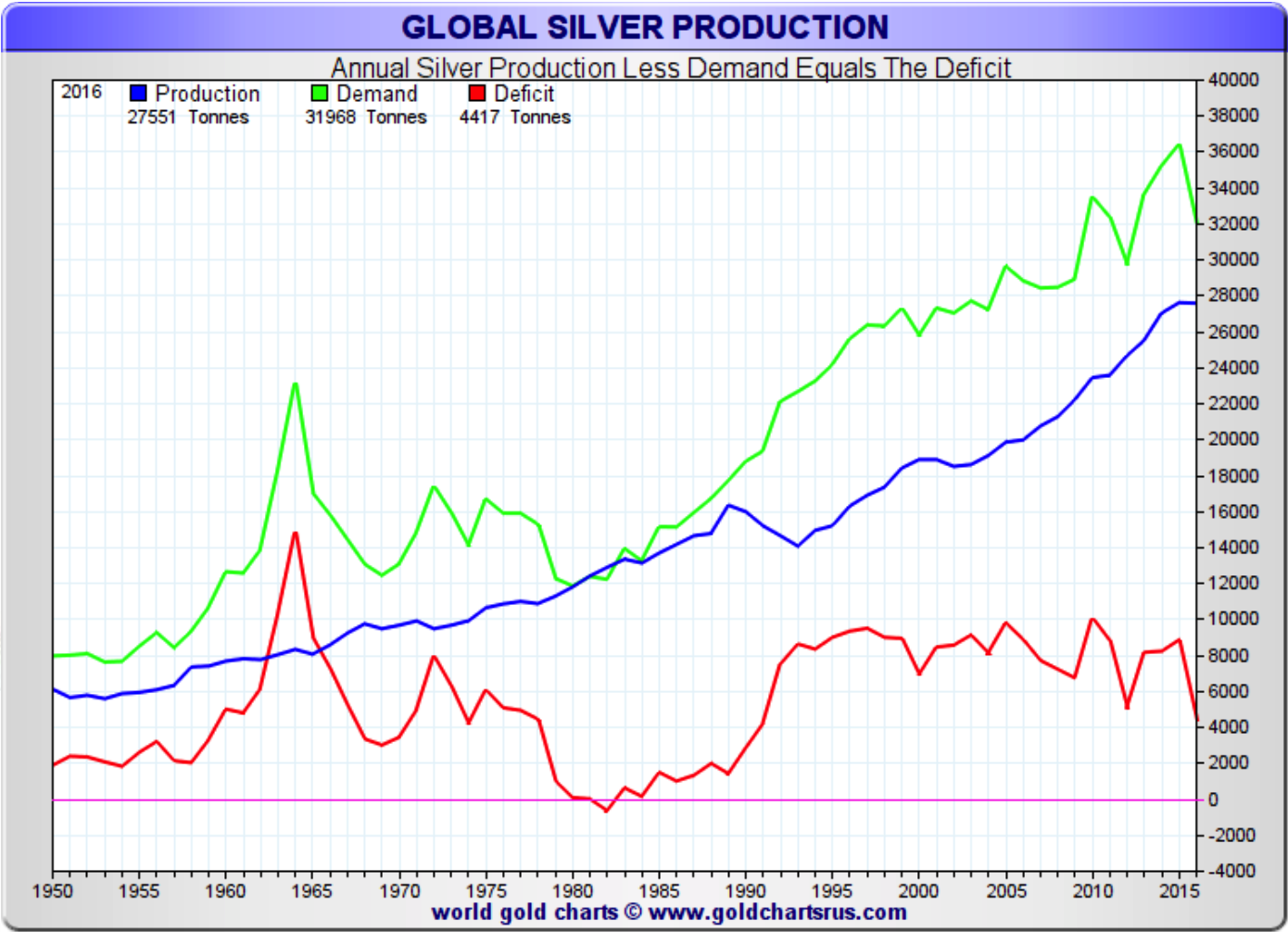 Because silver has more industrial uses than gold, the price can rise or fall based on the business cycle independent of monetary considerations. However, over long periods of time, monetary and bullion aspects tend to dominate industrial uses and silver closely tracks its close cousin gold in dollar terms.

While gold and silver prices have a high correlation, the correlation is not perfect. There are times where gold outperforms silver and vice versa. Right now we are in a sweet spot for silver.

The latest data is telling me that silver prices are set to rally. This conclusion is based in part on a bull market thesis for gold.

Secular bull and bear market tops and bottoms are difficult to see in real time, but they become apparent with hindsight. Gold gained over 23% in 2016-2017. From the perspective of early 2018, it is clear than the gold bear market ended over two years ago and a new multi-year secular bull market has begun.

Silver is not only along for the ride, it is showing even better performance than gold, albeit with greater volatility. Both the gold and silver rallies are based on a combination of supply/demand fundamentals, geopolitical pressures creating safe haven demand, and increasing inflation expectations as confidence in central banking and fiat money erodes.

Technically, silver is ripe for a major breakout to the upside in 2018. The CFTC figures Managed Money positions show that COMEX silver has been in a net short for three straight weeks since 12th December. This is not unheard of but is relatively rare for silver; the last time COMEX silver was net short was between the end of June and the first week of August 2015. As investment sentiment can swing from one extreme to another, and given silver’s innate volatility, this net short position should point to the possibility of a sharp short-covering rally. Looking back at the corresponding period in 2015, silver price was trading at $15.61/oz on the 7th July, and it was the third consecutive week recording a net short position. Approximately a year later, silver was trading over $20/oz in July 2016… [T]he current poor sentiment does suggest that silver could be one of the better performing precious metals in 2018, barring any crisis that could trump most of the commodities but gold.

The good news is that this secular rally in silver is in its early days. Recent gains will be sustained and amplified in the months and years to come.

Gold and Silver Bullion Are Only “Safe Investments Left” – Stockman 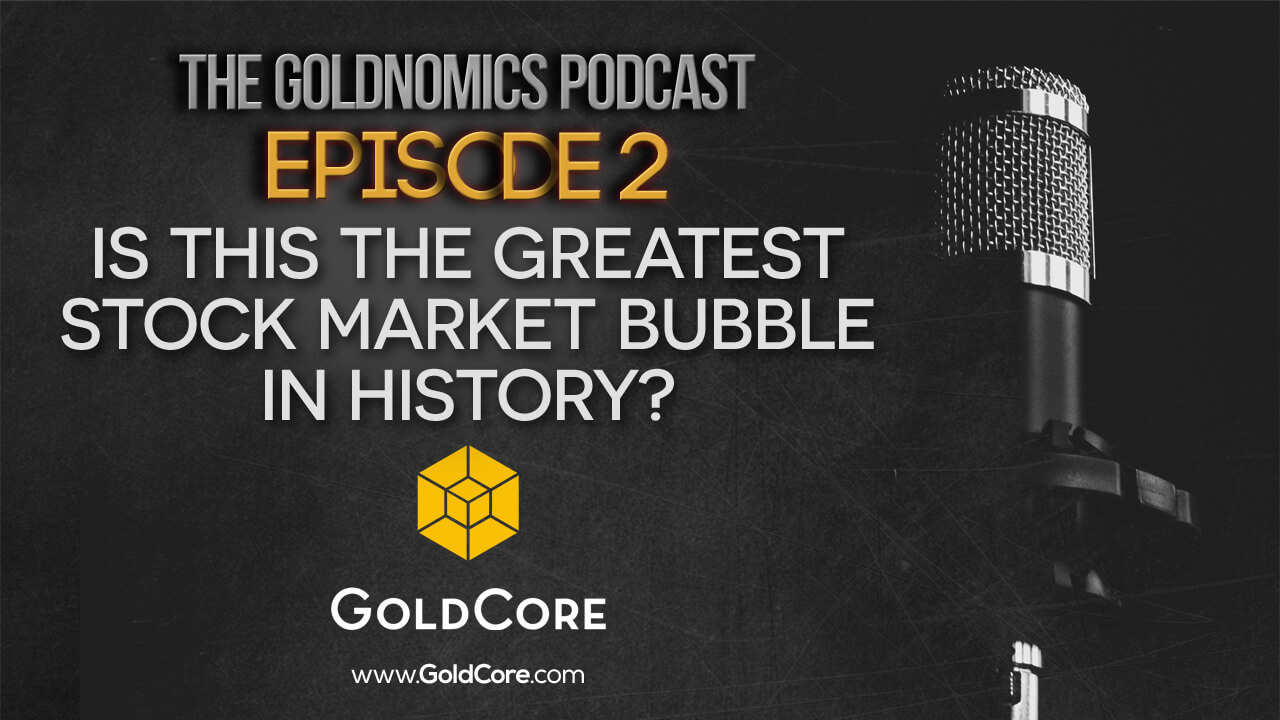 Gold’s path to US$1,400 seen cleared by slumping US dollar, equity fears (TaipeiTimes.com)

Bitcoin May Split 50 Times in 2018 as Forking Craze Mounts (Bloomberg.com) 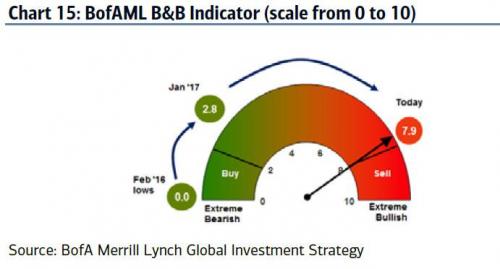 A Doomsayer's Guide to the Dollar and Why It Could Keep Plunging (Bloomberg.com)

Another Positive Year Ahead For Gold, Says The World Gold Council (Forbes.com)

Surprise! While Bitcoin Crashed, Investors Poured Into This Asset (Madison.com)