Authored by Irina Slav via OilPrice.com,

The 1950s were a turbulent time on both sides of the Iron Curtain.

With the Second World War over and the star role played by crude oil in its outcome, British and U.S. intelligence agencies wasted no time working out scenarios should the Soviets invade the Middle East.

In hindsight, especially to younger generations, this might seem eccentric, but not to those who remember the Cold War and the paranoia that raged on both sides. In the 50s, the British and U.S. intelligence services were genuinely concerned about a further Soviet expansion, into the Middle East, which at the time was the main source of crude oil for both countries. No wonder the region was a priority security issue for both countries.

The plans were first hatched by U.S. President Truman in 1949, Russian Sputnik writes, citing a number of recently declassified documents from both the UK and the United States. 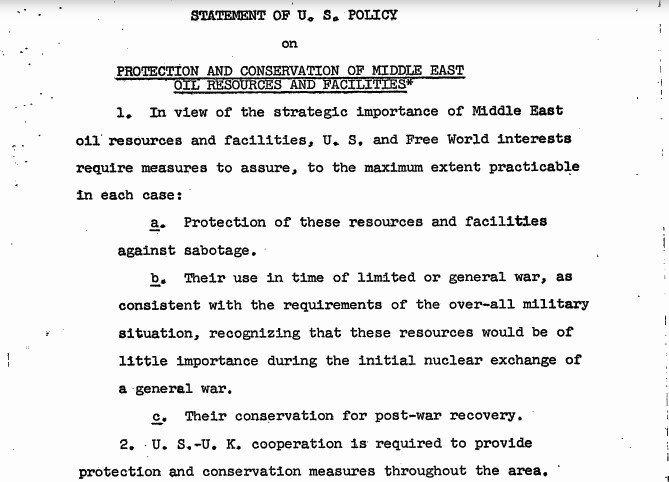 Dubbed “oil denial”, the plans involved oil company personnel in the Middle East sabotaging their own oilfields and refineries in case of a Soviet invasion, in hopes of restricting the invaders’ access to the precious commodity. 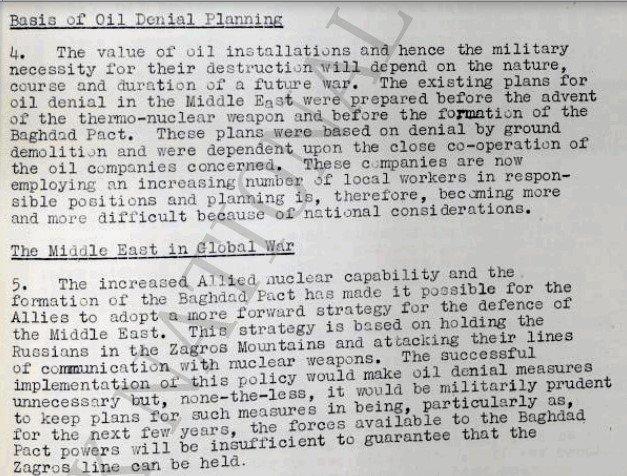 While sound in themselves, the denial plans of the Brits faced problems: the empire’s influence in the Middle East was in decline. Iran’s and Iraq’s governments, according to declassified documents, were believed to be particularly unlikely to cooperate with oil companies in sabotaging their own oil industry.

The reason for this was that the UK no longer had a monopolistic presence in these two, despite the U.S.-led 1953 coup in Iran, which returned the shah to power and BP to the helm of the Iranian oil industry. BP was at the helm, true, but the Iranian government controlled the refineries, and was building more. The Soviet invasion scenario involved not just oilfields but also refineries.

Fearing the Iraqi and Iranian governments’ likely unwillingness to play along with the sabotage plans, Britain was left with few options to keep the Soviets from the oil. Air strikes were the most logical option, but there was a problem there, too: there were not enough airplanes to carry out all the necessary attacks in case of an invasion. As a result, the nuclear option was put on the table by a Joint Chiefs of Staff committee in the mid-1950s.

There were discussions with U.S. intelligence and military authorities on the joint use of nuclear strikes on government-controlled refineries in Iraq and Iran, but there are no documents declassified that state which nuclear plan was eventually approved. In any case, American nuclear strikes on Iranian oil facilities were deemed “the only feasible means of oil denial” for Iran, despite the pro-Western shah. 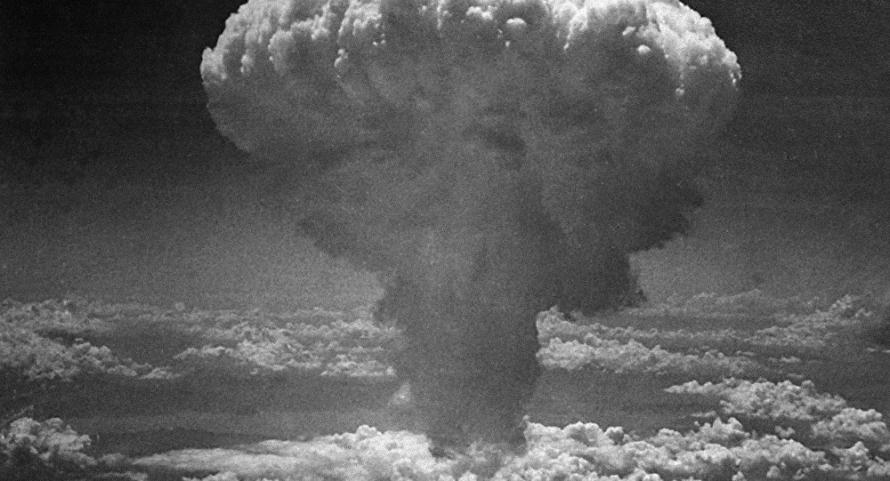 More discussions followed, and the nukes were eventually taken off the table, thanks to CIA operative George Prussing, who was assigned to work with oil companies in the Middle East on the best way to ensure the success of oil denial plans.

Prussing concluded that this way was via ground demolition of fields and facilities. Still, it’s good that the Soviets never tried to expand into the Middle East — so soon after Hiroshima and Nagasaki, nuclear weapons were still very popular as the ultimate problem solver.