Yesterday, we reported the latest attempt to recreate Top Gun in real life when a Russian Su-27 fighter jet reportedly performed an "unsafe intercept of a US Navy P-3 Orion surveillance plane" while it was flying in international airspace next to Russia, over the the Black Sea Monday. 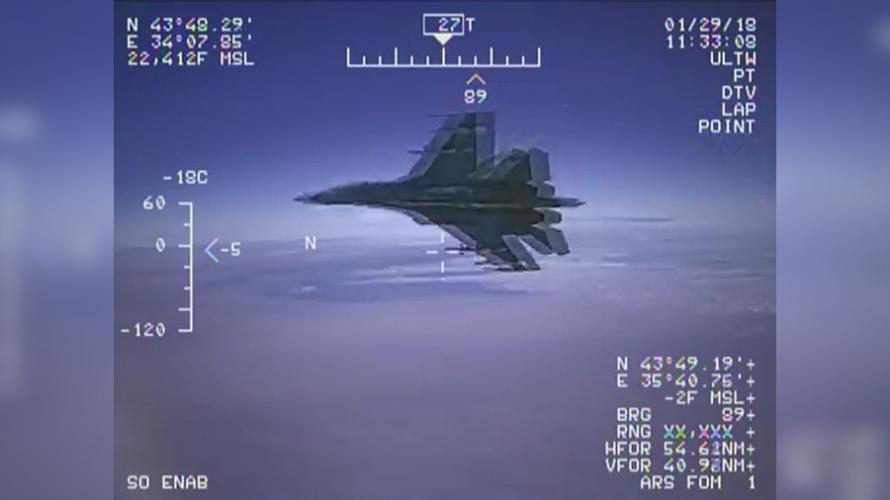 What made this one so special was that Lt. Col. Michelle Baldanza, a spokeswoman for the Pentagon, claimed that the Russian warplane came within five feet of the US spy plane, forcing it to veer off course and end its mission prematurely.

She added that the intercept was unsafe because the Russian aircraft crossed in front of the Aries, exposing the American plane to the turbulence left in the Su-27's wake.

As a result, the Aries experienced "a 15-degree roll and violent turbulence."

Today we get some video evidence of just how close it was...

On Tuesday, the US military released the four-second clip, showing the Russian plane presumably passing the American spy plane in question.

The Pentagon reiterated its earlier statement, claiming that the intercept lasted “two hours and 40 minutes.”

The US once again decried the intercept as unsafe, since the Su-27 was “closing to within five feet [1.5 meters] and crossing directly through the EP-3’s flight path, causing the EP-3 to fly through the Su-27’s jet wash.”

As a reminder, in the past year, there have been several unsafe interactions between Russian and US military forces near the Black Sea, where Russian, US and NATO forces operate in close proximity to one another as a result of the military buildup by both Russia and NATO around Crimea and Eastern Europe.

In the most recent encounter over the Black Sea, a Russian Su-30 fighter jet made an "unsafe" intercept of a US P-8A Poseidon aircraft in November.

The Russian jet's actions were deemed unsafe because the aircraft crossed in front of the US plane from right to left while engaging its afterburners, forcing the P-8 to enter its jet wash, an action that caused the US plane to experience "a 15-degree roll and violent turbulence," according to Lt. Col. Michelle Baldanza, a spokeswoman for the Pentagon.