"The trend is your friend..." as the old adage goes but as former fund manager Richard Breslow notes there is an additional 3 words that need to be added to that phrase - "...until the end," and this week's avalanche of events could be the trigger. In this case, as Breslow details below, words trump deeds and traders in love with their trends should pay special heed to the warnings from goldilocks-promising doves.

Can you spot the one that doesn’t belong? The choices are: family, buddies and trends.

Ordinarily, you would think that family and trends go together as, in theory, you don’t pick them, but are meant to embrace them nevertheless.

It seems, though, that we have somehow decided that trends are defined in the eye of the beholder.

But if you pick your market views the way you build your circle of friends, you may receive a lot of positive feedback, but little in the way of a performance bonus.

In conducting an unscientific but, perhaps, statistically significant survey of market participants I have overwhelmingly heard that the dollar has been going down all January and looks like it has more to go. Bonds have been going down all year, but this surely has to stop, or at least get a grip. Equities have been on a tear since the beginning of the year, well for the last nine years really, but every down day is described using the most salacious, end-of-world adjectives that can be conjured up.

Markets may move based on animal spirits, fear or greed, but they don’t move in order to suit any particular trader’s comfort zone.

Without picking a side, or pointing out that the Bloomberg Commodity Index is looking decidedly undecided at the moment, there really is no solid foundation to declare any of these moves as compromised. 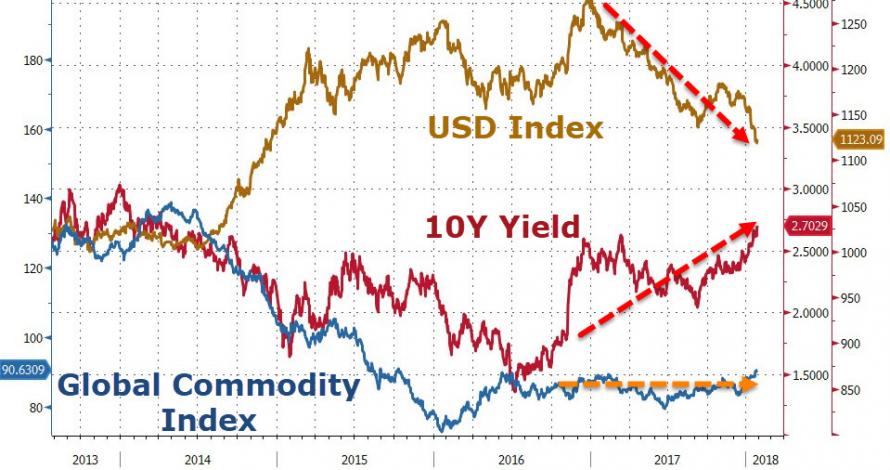 The only negative thing you can say at this point is they seem to have gone too far, too fast and need to chill for a while. But real trends don’t afford you that luxury. They insist on being chased.

The problem commentators have is that daily ranges have noticeably widened. 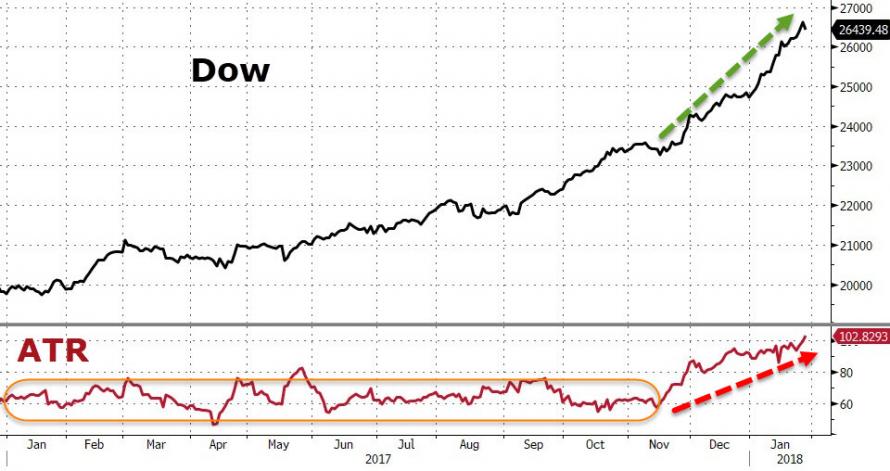 Don’t think of it like that. In truth, what traders are being presented with is more opportunities and the chance to get some decent location, if you are willing to grab it. But that is exceedingly hard to do if you add the extra decision-making overlay of whatever traumatized you earlier in your journey.

And something we’re not used to in the well remarked upon low-volatility, spread-compression world, our central bankers are desperately trying to get out of. 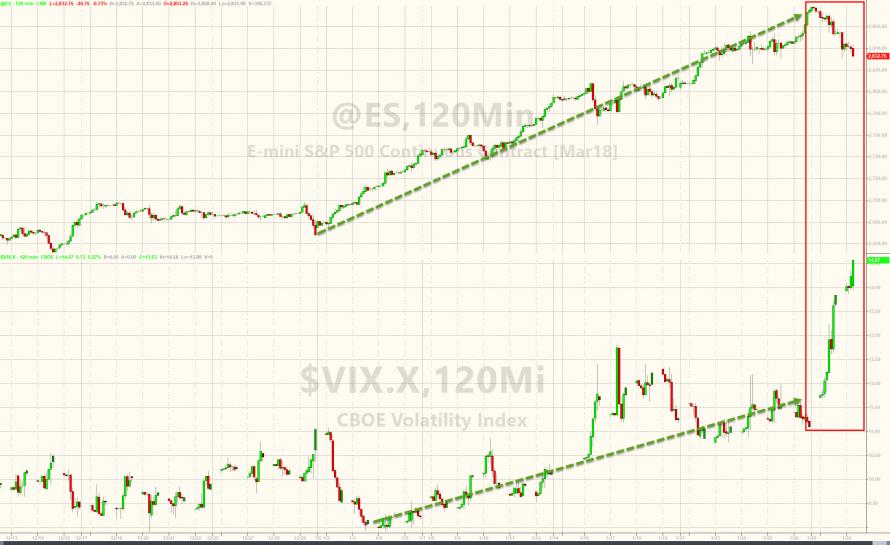 Keep that last fact in mind when deciding whether these trends will continue to have legs or not. There is a ton of news out this week, here, there and everywhere. What will change your mind on the market? A random beat or miss even on Class A economic releases? Probably not, data-dependence notwithstanding. At the end of the day, it will end up being just additional fodder for the various factions to use in the moment. Especially if there is the inevitable over-reaction to some small deviation.

What you should really be paying attention to, is what the policy-making movers and shakers are saying. There is a significant possibility that global markets are at a defining crossroad and, depending on the decisions, monetary or fiscal, made this year, asset prices have plenty of room to motor. What the Fed, ECB, BOJ or PBOC do will matter a lot. So do, for that matter, a long list of other central banks. None of them act in a vacuum. And, with fewer exceptions than one might think, they don’t often misspeak. They do, however, dissemble.

And make sure you network with a risk-parity practitioner. 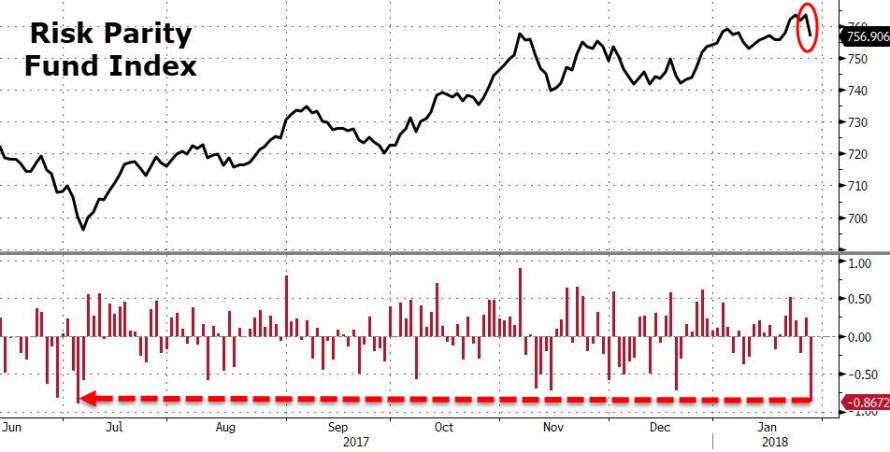 They may end up being your best friend, or the next candidate to replace your global macro pals at the bottom of the hedge fund strategy league tables.