But record-low volatility was less than kind to their peers in sales and trading, according to Bloomberg: 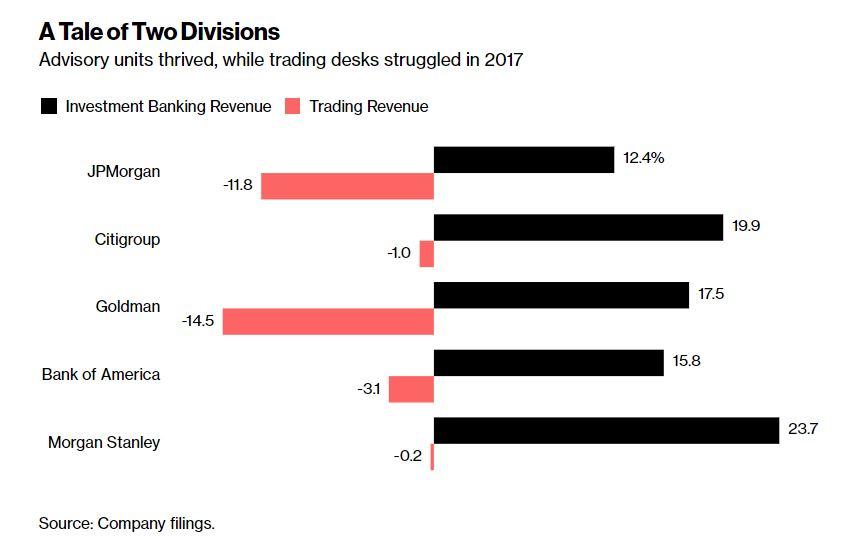 The dynamic was particularly noticeable at JPMorgan Chase & Co., the biggest Wall Street firm by revenue, and Goldman Sachs Group - which moved up about $100 million worth of bonuses due in January to December to take advantage of a corporate tax break that is being capped under the new tax law - where investment bankers’ 2017 bonus pool grew by about 5%, while fixed-income trading personnel saw theirs drop by about 12%, according to people with knowledge of the payments.

Bank of America saw its investment-banking bonus pool rise between 5% and 10%, while the equities one shrank about 5%, with deeper declines in some other units, including cash equities. The firm’s annual investment-banking fees were the strongest in at least 10 years.

The equities trading bonus pool was roughly unchanged, the people said, asking not to be identified because the information isn’t publicly available.

Institutions typically choose to cushion some of the volatility between fixed-income, equities and investment-banking divisions so compensation changes aren’t as abrupt, according to Mike Karp, chief executive officer of recruitment firm Options Group Inc. But Bloomberg says the size of the gap could widen further in 2018, though the CBOE volatility index popped above 14 today, a sign that volatility might be slowly returning. 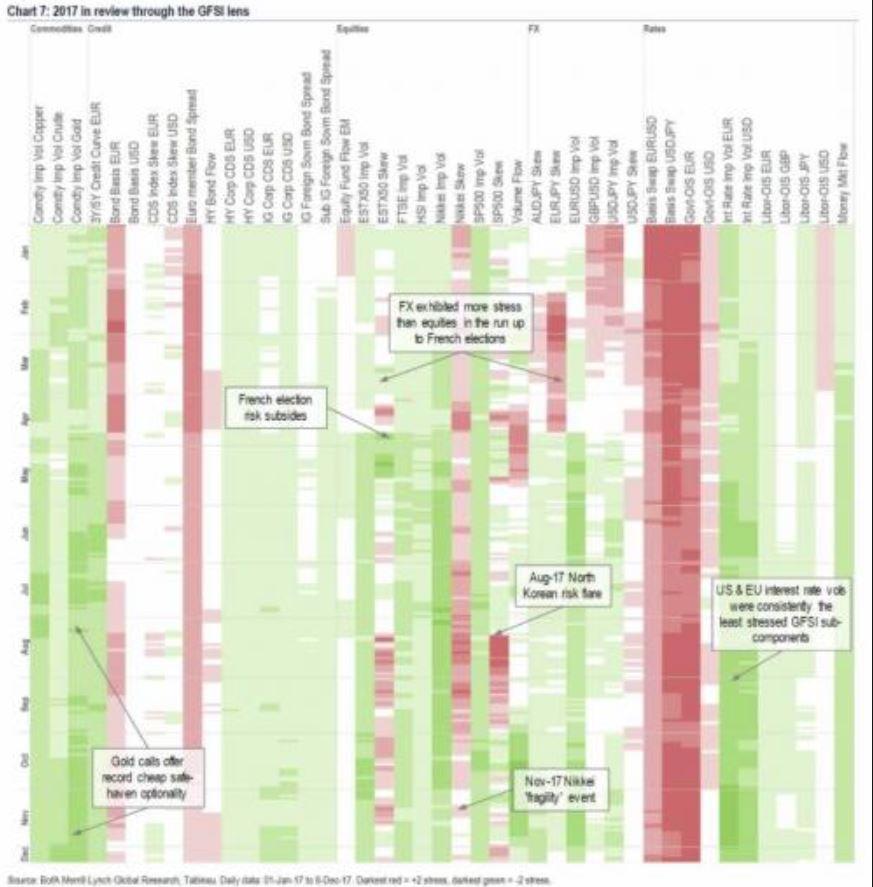 Wall Street bonuses tumbled in 2015 for the second straight year, but began climbing again in 2016.