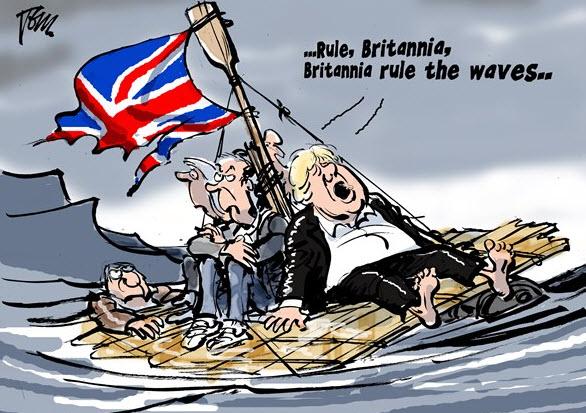 The recent commissioning of HMS Queen Elizabeth, Britain's largest ever warship, certainly made waves. Much has been made of the state of the art vessel which will bring a massive leap in capability to the fleet.

However, as Statista's Niall McCarthy points out, redundancies have left the Royal Navy with only 29,280 personnel and that lack of manpower has created a serious dent in its strength and readiness.

You will find more statistics at Statista

It recently emerged that a trio of Russian naval vessels transiting the English Channel were intercepted by a British mine-hunter rather than one of the fleet's frigates, due to a shortage in vessels and personnel.

The British Ministry of Defense usually publishes details of such events but on this occasion, HMS Cattistock's Russian rendezvous was kept away from the headlines.

Today, the service has 73 commissioned ships, 20 of which are major surface combatants, along with 10 submarines.