WSJ Editorial Board Calls On Trump To Release The Memo

In an editorial that appeared in today's paper, the Wall Street Journal editorial board officially called on the Trump White House to release the infamous "FISA memo" - something that conservatives have been demanding for weeks now, with little luck.

Fortunately, shortly after the editorial was posted online last night, Trump promised that the memo was "100%" going to be released - despite pleas from Rod Rosenstein, the deputy AG who appointed Mueller and is purportedly named in the four page memo - that its release could compromise existing investigations. This morning, Chief of Staff John Kelly revealed in a Fox radio interview that he had seen the memo, and that it will be released "pretty quick."

It's unsurprising that Democrats have opposed the memo's release at every turn - accusing Republicans of distorting the truth for political ends. The hypocrisy here is glaring because, of course, Democrats have an enormous political stake in whether this memo sees the light of day, or not.

But tellingly, in their criticisms, Dems have chosen to ignore the central question: Is the FBI guilty of "egregious abuses", like the Nunes has claimed? 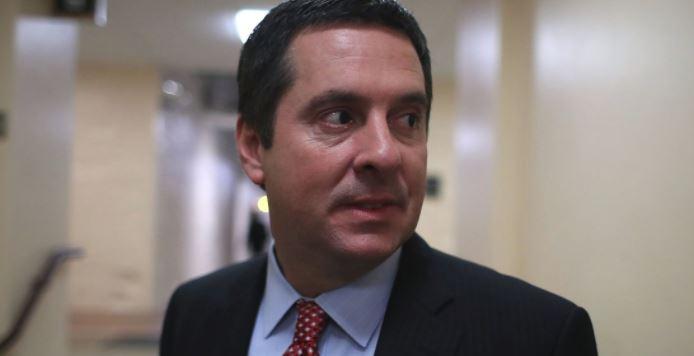 Suddenly, it seems, progressives who went into hysterics following Snowden's decision to expose the NSA's shockingly pervasive - and legally dubious - domestic surveillance programs - are no longer concerned with abuses of power by federal law enforcement or intelligence agencies, and apparently no longer believe that FISA decisions should be subject to more oversight. Many also vociferously opposed the ratification of Section 702 of the FISA Act, which Congress voted to renew earlier this month.

As anybody who can remember when the FBI was run by J Edgar Hoover, the agency's history is littered with examples of these types of abuses.

House Democrats: Please - tell us again about your commitment to social justice?

Read the editorial below:

The House Intelligence Committee voted Monday night to release a Republican memo that by most accounts reveals how the FBI handled, or mishandled, federal wiretap requests during the 2016 presidential campaign. The White House should now approve its public disclosure as the first of several to help the country understand what really happened.

Democrats are objecting to the release, claiming partisanship and violations of national security. None of this is persuasive. Republican Intelligence Chairman Devin Nunes has followed a long and deliberative process that follows House protocol.

When the FBI finally agreed after months of resisting to answer a committee subpoena for documents, Mr. Nunes deputized former prosecutor and South Carolina Rep. Trey Gowdy to investigate. The subsequent memo was vetted for security concerns, provided to the entire House committee, then made available to the entire House, then shown to the director of the FBI, and is now undergoing White House review. This is hardly a Chelsea Manning-to-WikiLeaks-to-New York Times leak.

Another false claim is that Republicans are “censoring” a rival Democratic memo. The same Democrats howling about national security wanted the committee on Monday instantly to approve the public disclosure of their counter-memo that hasn’t gone through the equivalent reviews that the majority memo has. Committee Republicans voted to start that process by making the Democratic memo available to the full House, and by all means let’s see that memo too.

The House memo is not about “attacking the FBI” or “our law enforcement professionals,” as Democrat Adam Schiff insists. This is about restoring confidence in a law enforcement agency that played an unprecedented role in a U.S. presidential election regarding both the Trump and Clinton campaigns.

Americans deserve to know whether accusations that the Kremlin infiltrated the Trump campaign have any basis, and prosecutors and Congressional committees are investigating. The FBI might well have had cause to believe Russians were targeting the Trump campaign when they sought a Foreign Intelligence Surveillance Court warrant. But Washington also should be able to investigate if and how law enforcement agencies exceeded their remit in seeking wiretaps.

The memo also concerns the integrity of the FISA process. Democrats created FISA in the 1970s to protect against wiretap abuses during the Cold War. We opposed it on grounds that it would dilute political accountability, and what do you know here we are. FISA is supposed to provide a measure of legal assurance against abuse, and FBI and Justice officials appear ex parte before the FISA judges with no competing claimants.

The public should know if as part of its warrant application the FBI used the Christopher Steele dossier that we now know was financed by the Hillary Clinton campaign. The House intelligence memo may answer that question, as well as whether the FBI made other misrepresentations or omissions in its FISA application. In June 2017 former FBI director Jim Comey referred in Senate testimony to the dossier as containing “salacious and unverified” material. Is that what the FBI told the FISA court in 2016?

If the FISA judges weren’t told about the partisan provenance and doubts about the veracity of the memo in the middle of a presidential election campaign, then what is FISA for? To serve as a potted plant so the FBI can get whatever warrants it wants? Are they genuine Article III judges with an independent writ or merely another arm of the executive branch that can be rolled like some deputy assistant secretary of State?

The same progressives who demanded accountability for FISA courts after Edward Snowden exposed federal snooping now want President Trump to shut down the House’s limited attempt at transparency. Don’t buy it, Mr. President. Let it all out—the two House Intelligence memos, Senator Chuck Grassley’s referral letter for a criminal investigation of Mr. Steele, and all other relevant FBI or Justice documents that won’t undermine U.S. security. Our democracy can take the transparency, and after the 2016 fiasco it deserves it.