Authored by Julia Conley via TheAntiMedia.org,

The Pentagon’s official outline for its use of nuclear force was denounced as “radical” and “extreme” by prominent anti-nuclear weapons groups when it was released Friday afternoon—confirming peace advocates’ worst fears that the Trump administration would seek to expand the use of nuclear force.

“Who in their right mind thinks we should expand the list of scenarios in which we might launch nuclear weapons?” asked Peace Action in a statement. 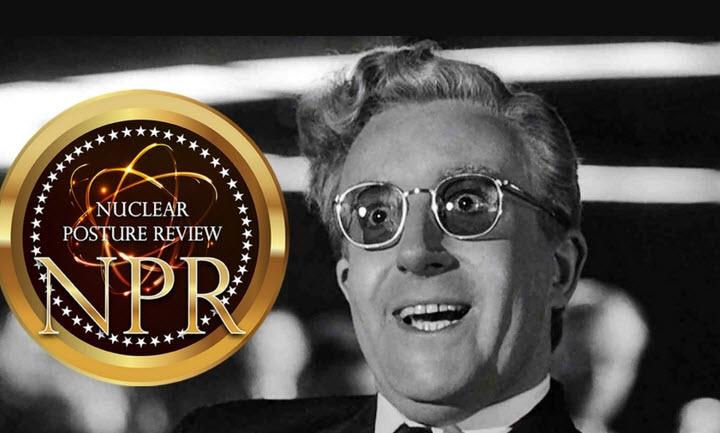 The Nuclear Posture Review (NPR) calls for the development of smaller warheads that the military believes would be seen as more “usable” against other nations.

“In support of a strong and credible nuclear deterrent, the United States must…maintain a nuclear force with a diverse, flexible range of nuclear yield and delivery modes that are ready, capable, and credible,” reads the report, which serves as the first updated document the U.S. has released regarding its perceived nuclear threats since 2010.

In addition to “diversifying” its nuclear arsenal, the Pentagon notes that it will seek to “expand the range of credible U.S. options for responding to nuclear or non-nuclear strategic attack,” raising concerns that President Donald Trump will argue for the use of nuclear force as a deterrent—a significant departure from previous administrations which saw nuclear weapons as an option only for retaliation.

“The risk of use for nuclear weapons has always been unacceptably high,” said Beatrice Fihn, executive director of the International Campaign to Abolish Nuclear Weapons (ICAN).

Derek Johnson, head of Global Zero, called the NPR “a radical plan written by extreme elements and nuclear ideologues in Trump’s inner circle who believe nuclear weapons are a wonder drug that can solve our national security challenges.”

“Trump’s insistence that we need more and better weapons is already spurring countries to follow in his footsteps,” he added. “Nuclear arms-racing is a steep and slippery slope; we’d do well to learn the lessons of the former Soviet Union, whose collapse was accelerated by its unsustainable nuclear ambitions.”

As Paul Craig Roberts summed up so eloquently, the new US nuclear posture is a reckless, irresponsible, and destabilizing departure from the previous attitude toward nuclear weapons. The use of even a small part of the existing arsenal of the United States would be sufficient to destroy life on earth. Yet, the posture review calls for more weapons, speaks of nuclear weapons as “usable,” and justifies their use in First Strikes even against countries that do not have nuclear weapons.

This is an insane escalation. It tells every country that the US government believes in the first use of nuclear weapons against any and every country. Nuclear powers such as Russia and China must see this to be a massive increase in the threat level from the United States. Those responsible for this document should be committed to insane aslyums, not left in policy positions where they can put it into action.