The specified file public://inline-images/methode%2Ftimes%2Fprod%2Fweb%2Fbin%2F8607b93a-20a1-11e8-8ccc-a83211a65142_0.jpg could not be moved/copied because no file by that name exists. Please check that you supplied the correct filename.

A former Russian spy and a female companion are in critical condition after being exposed to an "unidentified substance" in Salisbury, England.

Wiltshire Police and partners have declared a major incident after it is suspected that two people have been exposed to an unknown substance in Salisbury. Read the full update on our website: https://t.co/xCn9ByTMVf pic.twitter.com/m3f6wksJH1

Sergei Skripal, 66, and a 33-year-old woman were found unconscious on a bench at the Maltings shopping center on Sunday afternoon. 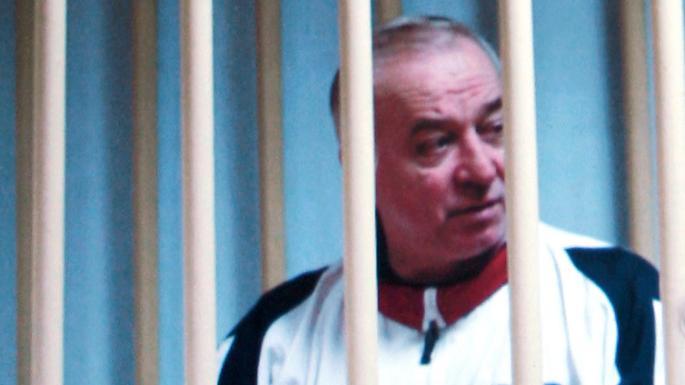 Eyewitness Freya Church told the BBC it looked like the two people had taken "something quite strong".

She said: "On the bench there was a couple, an older guy and a younger girl. She was sort of leant in on him, it looked like she had passed out maybe.

"He was doing some strange hand movements, looking up to the sky." -BBC

Col Skripal is a retired Russian military intelligence officer who was jailed by Russia in 2006 for spying for Britain. In 2010, he was one of four prisoners released by Moscow in exchange for 10 US spies - after which he flew to the UK.  Russia said the UK's MI6 paid Skripal $100,000 to expose the identities of Russian intelligence agents working undercover in Europe, which he had been supplying from the 1990s.

Skripal and the female are both in intensive care at Salisbury District Hospital, while a hazmat team cleaned up the area where the couple were found.

Police arrived at Skripal's home in Salisbury on Sunday and have been there ever since, report neighbors.

"Because we are still at the very early stages of the investigation, we are unable to ascertain whether or not a crime has taken place," said Temporary Assistant Chief Constable Craig Holden.

The incident has drawn comparisons to the 2006 poisoning of Alexander Litvinenko - another former Russian spy who had been feeding the UK intelligence. Litvinenko fell ill and was hospitalized after having been poisoned with Polonium-210 - one of the rarest elements on earth in its natural form, and lethal in very small doses. Litvinenko died 22 days later - but not before naming Putin as his killer.

“You may succeed in silencing me, but that silence comes at a price,” Alexander Litvinenko said right before his death. “… The howl of protest from around the world will reverberate, Mr. Putin, in your ears for the rest of your life.”

They left a trail laced with polonium — a “path of breadcrumbs left by Hansel and Gretel,” said Ben Emmerson, a lawyer representing Litvinenko’s wife, according to the Guardian.

Those breadcrumbs showed radioactive polonium on the table and chairs where Litvinenko met with Andrei Lugovoi and Dmitry Kovtun, both of whom have been charged with murder. And it was all over the Russian KGB agents’ hotel rooms, as well as contaminating one’s hotel bathroom. -WaPo

Col. Skripal was convicted of "high treason in the form of espionage" by a Kremlin military court in August 2006, and was stripped of all titles and awards for passing classified state secrets to the British secret services. Skripal pleaded guilty and cooperated with investigators, according to reports.

The question - if this was indeed an assassination attempt as many have suggested, and arguably one directed from the Kremlin - is why target Skripal now, and why do it in such a "glaringly" Russian way. The only thing missing was a Polonium or ricin-tipped umbrella found on the scene of the alleged crime.