A Russian double agent and former spy and his daughter who are fighting for their lives in an English hospital, were attacked with a nerve agent in a targeted murder attempt, British police said Wednesday. As reported previously, Sergei Skripal, a 66-year-old former Russian military intelligence officer who became an informant for the UK’s secret intelligence service MI6, and his 33-year-old daughter Yulia were found unconscious, slumped on a bench outside a shopping center in the city of Salisbury on Sunday. Baffled police initially said the pair had come into contact with an unknown substance. 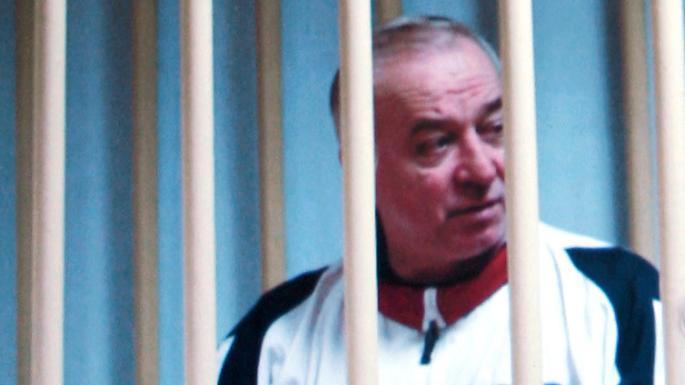 For the past two days scientists at the Ministry of Defense’s research laboratory Porton Down have been racing to establish the precise nature of the possible poison used in the attack. Then on Wednesday evening, Mark Rowley, the head of the Metropolitan Police’s counter terror force, revealed that the pair had been “specifically” targeted with a nerve agent although he did not disclose the exact form of poison that was used by the attackers, the FT reported.

“This is being treated as a major incident involving attempted murder by administration of a nerve agent,” said Rowley.

Rowley added that “hundreds of detectives” are working on the case, after confirming an unnamed nerve agent has been identified in the case. "These two people remain critically ill in hospital. Sadly, in addition a police officer who was one of the first to attend the scene in response to the incident is now also in a serious condition in hospital. Wiltshire Police are providing every support to his family."

According to AP, the police investigation has focused on a number of properties, including Sarum House next door to the Zizzi Zizzi restaurant. The Home Secretary warned this morning against speculation as rumors began to fly. Amber Rudd said police and the nation “has to respond to evidence not rumor.”

“We do know more about the substance and the police will be making a further statement this afternoon in order to share some of that. We must let the police carry on their work,” Rudd told the BBC. Earlier today, Rowley said: “Working alongside Wiltshire police and partner agencies, we continue to carry out extensive inquiries. This investigation is at the early stages and any speculation is unhelpful at this time.

“The focus at this time is to establish what has caused these people to become critically ill. We would like to reassure members of the public that this incident is being taken extremely seriously and we currently do not believe there is any risk to the wider public.

“The two people taken ill were in Salisbury centre from around 1.30pm. Did you see anything out of the ordinary? It may be that at the time, nothing appeared out of place or untoward, but with what you now know, you remember something that might be of significance. Your memory of that afternoon and your movements alone could help us with missing pieces of the investigation. The weather was poor that day, so there were not as many people out and about. Every statement we can take is important.”

An emergency meeting of the government’s crisis team, COBRA, has been chaired by Rudd while Counter Terrorism cops were called in. As reported on Monday, Skripal worked as a double agent for the UK intelligence agency MI6 and was jailed in Russia in 2006 for spying for Britain, having passed on the names of undercover Russian intelligence agents. He was later part of a “spy swap” in which Russia released four spies in exchange for 10 Russian agents.

On Tuesday, UK Foreign Minister Boris Johnson threatened to boycott the Russia World Cup if Russia was found to be behind the incident: BoJo told MPs in the House of Commons that Russia is a "malign and destructive" force and promised it would be "brought to heel" following the suspected poisoning of the former double agent:

"There is much speculation about the disturbing incident in Salisbury, where a 66-year-old man, Sergei Skripal, and his 33-year-old daughter, Yulia, were found unconscious," Johnson told parliament.

"While it would be wrong to pre-judge the investigation, I can reassure the House that should evidence emerge that implies state responsibility, then her majesty’s government will respond appropriately and robustly."

And now that it has been found that the attack on the former Russian spy was an attempted murder, we await to see what the official retaliation against Moscow will be, and whether one or more western nations will follow through with the threat to boycott the Russian world cup.