Few Americans realize that the U.S. economy is being propped up by the Shale Oil Industry.  However, the shale oil industry is nothing more than a Ponzi Scheme, so when it collapses, it will take down the U.S. economy with it.  Unfortunately, the reason few Americans understand how lousy the economics are in producing shale oil and gas is due to the misinformation and propaganda being put out by the industry and energy analysts.

I am quite surprised how bank analysts and brokerage firms can continue to fund the shale oil and gas or advise clients to purchase stock when the industry is behaving just like the Bernie Madoff Ponzi Scheme.  The only big difference is that the U.S. Shale Industry is a Ponzi at least four times greater than Madoff's $65 billion fiasco.

I decided to discuss in detail why the U.S. Shale Oil Industry is a Ponzi Scheme in my newest video.  I provide some interesting charts that explain how the huge decline rates and massive debt are going to bring down the industry, much quicker than the market realizes.

In the video, I show just how quickly two of the largest U.S. shale oil fields decline.  The chart below was developed by Enno Peters at the ShaleProfile.com website.  The Permian, the largest shale basin in the United States, decline rate was a stunning 60% in just two years.  Thus, the companies producing oil in the Permian are forced to spend boatloads of Captial Expenditures (CAPEX) to grow or just maintain production: 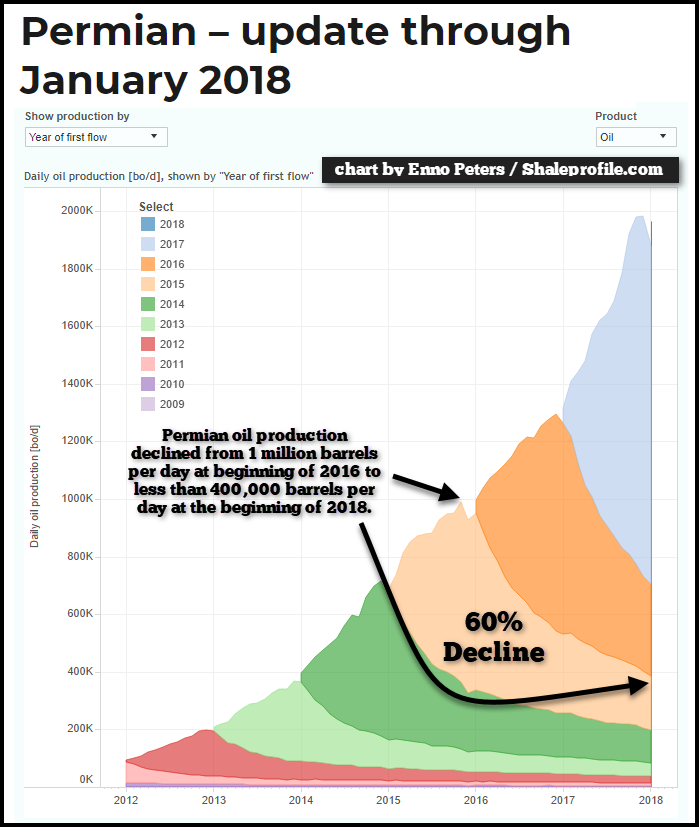 Furthermore, I explain how many of these shale oil companies are using debt to fund operations.  However, lousy shale economics are not allowing these companies to pay back debt, so they must borrow new debt to pay back existing debt.  This is the very definition of a Ponzi Scheme.  The table below shows how EOG has structured its debt to be repaid over two decades: 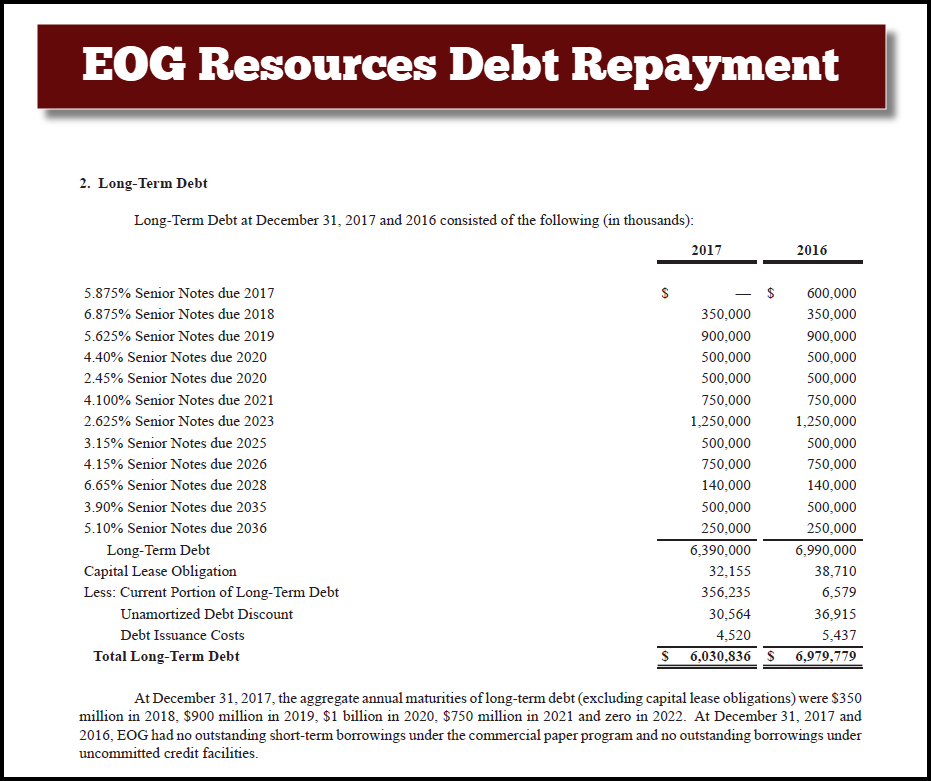 Unfortunately, for the majority of investors holding EOG debt, they will not receive the return of their funds.  When the stock market suffers the next major leg lower, probably in the fall, it will pull down the oil price.  As the oil price drops back to $40 and on its way to $30, it will destroy the already weakened U.S. Shale Oil Industry, thus dragging down the economy along with it.

Lastly, when the U.S. economy and financial markets were collapsing in 2008, the domestic oil industry was still in relatively good shape.  Today, it's quite the opposite.  The Federal Reserve's massive monetary stimulus was able to provide the shale energy that helped pull the United States out of the recession, but this time around, there is no PLAN B.

Today, the entire market is full of massive bubbles and Ponzi Schemes.