The specified file public://inline-images/http_%2F%2Fcom.ft_.imagepublish.upp-prod-us.s3.amazonaws_0.jpg could not be moved/copied because no file by that name exists. Please check that you supplied the correct filename.

A Furious Bill Gross Slams The Critics: "Half My Losses Will Be Made Up Today"

On the day when The Financial Times dropped a'hit piece on Bill Gross, saying "after jumping from Pimco, the man dubbed the bond king has lost his lustre," the Janus Henderson fund manager is furiously responding that it's "ridiculous" to suggest he is not paying attention to his portfolio. 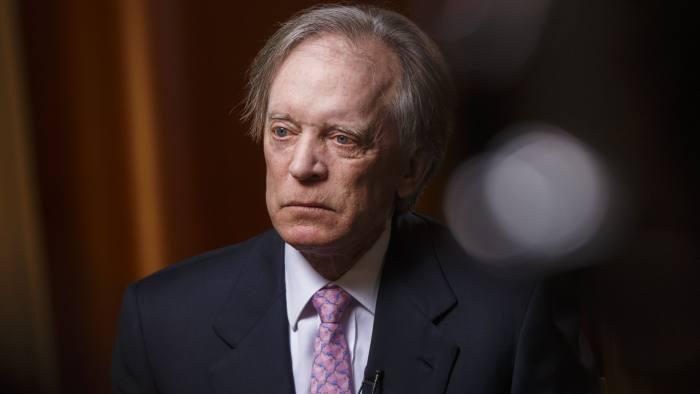 As The FT's Robin Wigglesworth reports, the Global Unconstrained Bond Fund that Mr Gross started in 2014 was supposed to be the vehicle for his redemption story.

Freed from the shackles of management and relieved of the sheer size of his former flagship — the Pimco Total Return Fund — the toppled bond king was going to focus on his skill as an investor to reclaim his throne from a host of pretenders.

Unfortunately, the Hollywood script of a phoenix-like, critic-silencing, Pimco-embarrassing resurrection has not panned out.

His fund has failed to attract the investor inflows that Janus Henderson had hoped, largely because Mr Gross’s performance has been mediocre. The Unconstrained Fund has underperformed both peers and the US bond market since its inception, and — probably most gratingly — the Pimco fund he used to manage and the Pimco Income Fund led by his successor, Dan Ivascyn.

The disappointing performance worsened this week, with the Janus Unconstrained Bond Fund losing 3 per cent of its net asset value on Tuesday amid the turmoil unleashed by Italy’s political crisis. This may seem small potatoes to equity investors more accustomed to volatility, but for a bond fund it was a shocking tumble. Indeed, it was the single worst day of the fund’s lifetime, and relegated it to the bottom of its peer category for the year, according to Lipper.

And that sent Gross to Bloomberg Radio to fight back, where he said that the big loss his fund suffered "was the result of a widening gap between U.S. and German bond yields triggered by nervousness about Italy possibly leaving the euro zone."

“That was the basis for the bad day and the bad trade,” Gross said Friday on Bloomberg television.

Gross has been betting the gap would narrow, but on Monday the extra yield investors demand to hold 10-year debt from the U.S. rather than Germany reached the most since 1989. His Janus Henderson Global Unconstrained Bond Fund fell 3 percent Tuesday, its biggest one-day decline in almost four years.

Gross also slammed press coverage of his performance saying it was “ridiculous” to suggest he wasn’t paying attention to the fund’s portfolio given that most of his own money is invested in the fund.

Sure enough, if you look carefully, you'll see the bounce.

The FT's Wigglesworth conclude: "But it is increasingly hard to see how the Bond King can turn the final chapter of his investing life into a happy one."

But we leave it to another veteran of the real markets - Gluskin Sheff's David Rosenberg to provide some context to the reporter's "what have you done for me lately" attack:

The front pages of the morning papers were all over one bad day for Bill Gross without so much as mentioning what he's accomplished over a multi-decade career. What have you done for me lately, right?