As the world continues to burn energy like there is no tomorrow, global oil and gas discoveries fell to another low in 2017.  And to make matters worse, world oil investment has dropped 45% from its peak in 2014.  If the world oil industry doesn't increase its capital expenditures significantly, we are going to hit the Energy Cliff much sooner than later. 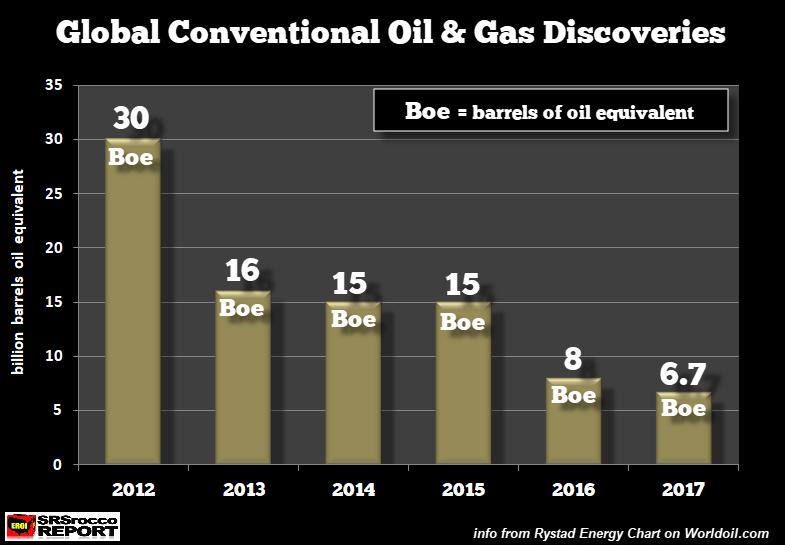 In the article, All-time low for discovered resources in 2017, Rystad reports, it stated the following:

“We haven’t seen anything like this since the 1940s,” says Sonia Mladá Passos, senior analyst at Rystad Energy. “The discovered volumes averaged at ~550 MMboe per month. The most worrisome is the fact that the reserve replacement ratio in the current year reached only 11% (for oil and gas combined) - compared to over 50% in 2012.” According to Rystad’s analysis, 2006 was the last year when reserve replacement ratio reached 100%. 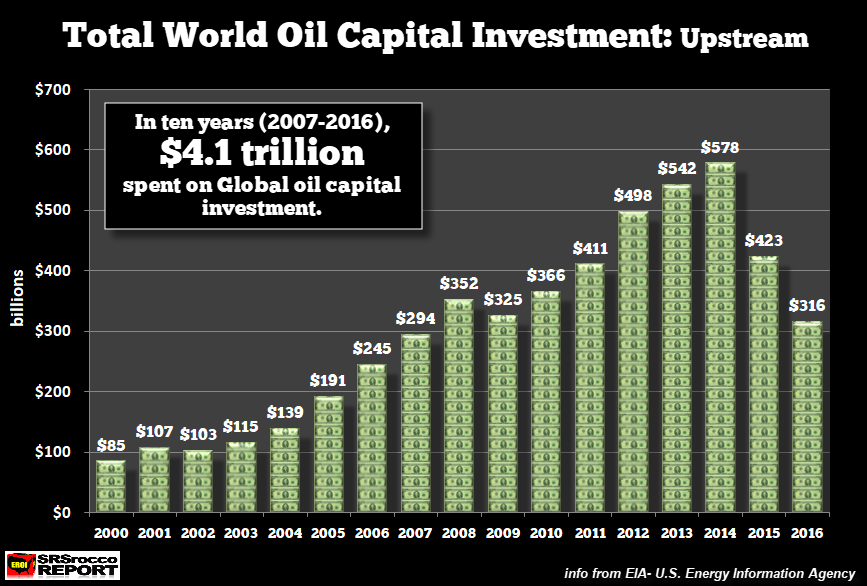 In just ten years (2007-2016), the world oil industry spent $4.1 trillion to maintain and grow production.  However, as shown in the first chart, global conventional oil and gas discoveries fell to a new low of 6.7 billion Boe in 2017.  So, even though more money is being spent, the world isn't finding much more new oil.

I believe we are going to start running into serious trouble, first in the U.S. Shale Energy Industry, and then globally, within the next 1-3 years.  The major global oil companies have been forced to cut capital expenditures to remain profitable and to provide free cash flow.  Unfortunately, this will impact oil production in the coming years.

Thus, the world will be facing the Energy Cliff much sooner than later.