By the end of the year, this was no longer the case. By then President Cristina Fernandez Kirchner's leftist government had nationalised the oil sector, stealing YPF with the stroke of a pen.

The experience for investors in Repsol was an elevator drop so jarring I suspect many were left with their spines sticking out the top of their heads.

We can all scoff and laugh at the poor bastards and say, "Well, what did you expect investing into yet another Latin American backwater grasping at fading socialist ideas in order to stay in power?"

And to be sure, the third world loves to dance to Marxist music, but I've more than a sneaky suspicion, in fact I'm pretty convinced we're going to see it, and not just from crazy bitches south of the equator. Resource nationalism, that is.

The problem for oil companies, and indeed resource companies of many stripes, is that they have to go where the deposits happen to be. Contrast this to industries such as manufacturing, where factories can be built wherever wages are lowest, you simply can't outsource energy production.

One Thing Leads to Another

In 2016 I wrote an article arguing that we'd see what I called the rise of the "Strong Men" where I suggested the following:

Now I could write an essay on the ramifications but let me provide you with 3 important things to watch out for:

1. Political cohesion and stability can no longer be relied upon as politics becomes inward looking with everything from trade deals to central bank swap lines being renegotiated or cancelled altogether.

2. Global coordinated central bank action. The era of global coordinated monetary policy which we’ve been experiencing since the GFC, especially with the three largest players (ECB, FED and BOJ), will be looked back upon with nostalgia by the current clutch of central bankers who muddy the halls of power. Policy will increasingly be driven with greater sensitivity to nationalist rather than international concerns, which brings me to…

3. Liquidity in the financial system which has stemmed from easing monetary policy is already contracting. In a world where derivatives traverse borders, connecting financial systems like never before, a liquidity crisis presents enormous tail risk in a leveraged world.

The first point I was making about political cohesion and stability has many knock on effects. It's not just about the sort of trade wars we're seeing erupting now. It will almost certainly include "protecting strategic resources".

Something else to consider is that while it seems prescient to have correctly identified the present day renegotiating of trade deals, it's worth pointing out that with a lack of political cohesion comes an increased level of distrust and anxiety. And markets tend to exhibit their love for anxiety much like Maxine Waters exhibits her love for Donald Trump — not so much. So we can expect more of that.

That resource nationalism more often than not turns out to be naïve, dangerous, and stupid won't stop it from happening.

What it does bring is supply disruption and often supply destruction, both of which are wildly bullish for the respective commodities involved while simultaneously being somewhat dangerous since nobody wants to wake to find they've been Kirchener'd.

When we look at what's going on in Europe and the EU in particular it's clear to me that all the "kumbaya, let's make love not war, we're all brothers in this" little episode is rapidly coming to a close.

The EU itself, like so many socialist policies, sounded wonderful on paper, especially to academics educated in "liberal" economics who managed to completely ignore hundreds of years of history where such things have been tried, tested, and found to be complete rubbish.

Unfortunately, it's built up not just a lot of monetary problems. Here's TARGET2 imbalances. Whoo boy! 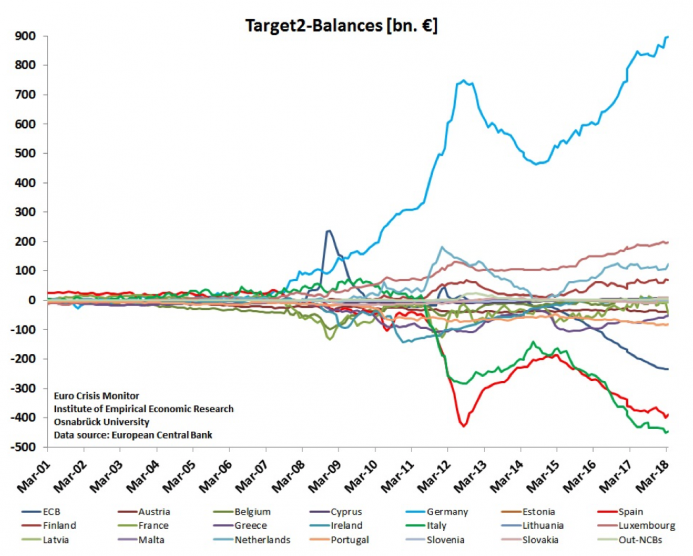 But also a lot of social angst amongst the populaces in member states.

That we are where we are quite frankly sucks. I really like Europe but what's been created by the left-leaning political groups, especially those foie gras-eating pointy-shoed suits in Brussels, is a situation where member countries have opened themselves to all manner of dangers. Dangers in both domestic security (which is why the murder rate in London has been skyrocketing, and many parts of European cities are now "no-go" areas), but importantly also in international security.

And it is the international affairs that are interesting for the resource space.

When you think security, you can think of tanks and guns and stocky men with crew cuts. But no country has real security unless it has energy security.

Which brings me to Germany, for example, who have managed to increase their reliance on others for their energy needs. For a full take-down feel free to go read my take on how Germany took stupid to a new level, where, amongst other things, I mentioned:

It was back in 2010 when there were a number of anti-nuclear protests in Germany and, the following year, not coincidentally soon after the Fukushima disaster, Merkel’s government announced it would close ALL of its nuclear power plants by December 2022. Since then Germany has permanently shut down eight of its 17 reactors.

In particular, after realising that subsidising solar in a country that only rarely actually enjoys sunlight was particularly verdammt dumm, they are now pushing ahead to build what is known as the “Nord Stream 2” project. This is a $10Billion pipeline that will transport natural gas from Siberia all 3,000 km to the motherland. Economically this makes a lot of sense. Geopolitically? None.

That is to say they’ll be doing business with Russian companies, Gazprom to be precise. This places them under Putin’s thumb while simultaneously pissing off their US counterparts.

And so now here we sit two years on and Merkel and Trump are slinging poo at each other. The question one needs to ask is this:

When will Germany (and indeed other EU members) decide that energy security is probably not a bad thing?

Because when push comes to shove, it's going to become more important than keeping the hemp wearing, soy latte drinking crowd happy and pretending that the world's a safe cosy place where everyone can afford to be inclusive and run their Tesla's on unicorn farts.

Just wait until the EU really starts to fall apart. It'll be a scramble to secure borders and the chaos of restructuring trade agreements will ensure that it'll be "hunker down" time. In fact, governments will be looking around claiming all they can, because bargaining chips will be necessary. 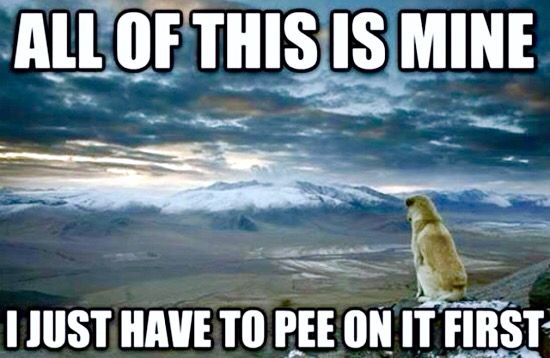 And when that happens, we want to be very very well positioned because it'll be resources that benefit, in particular energy.

In fact, it's one of the reasons I spent so damn long hunting for a technical expert that understands the resource space. Because what do I know about the technicalities of resources?

PS: To learn more about what we're doing directly in the resource space, feel free check it out before it closes for discounted pricing.