The specified file public://inline-images/http_%2F%2Fcom.ft_.imagepublish.upp-prod-us.s3.amazonaws_5.jpg could not be moved/copied because no file by that name exists. Please check that you supplied the correct filename.

Despite soaring trade policy uncertainty and a collapsing yuan, "the equity market has largely looked through the marginal risk from tariffs", according to Goldman's David Kostin recently wrote:

No clear relationship exists between reliance on imports from China and recent industry performance. Among at-risk industries, Computer & Electronic Products, which include Semiconductors, have lagged the Russell 3000, while Electrical Equipment stocks have outperformed. As our Tech Hardware and Retail analysts have noted, trade headlines may overstate fundamental risk, as companies have many tools at their disposal to minimize margin pressures. Some firms may be able to switch to other suppliers, while others will pass through costs. A basket of TMT stocks with high imported COGS has also shrugged off the risk from tariffs, matching the broader Info Tech sector’s 12% rally since March.

However, Kostin cautions that this may be a mistake, however not due to the quantitative aspects of the trade war, namely the downstream impact of tariffs, but the qualitative, and thus much more ambiguous, implications.

In other words, it's not tariffs that investors should be worried about: as the Goldman strategist writes, "a greater risk lies in potential government intervention" and lists the following examples:

Geopolitical tension can manifest itself in ways beyond tariffs. As precedent, China publicly encouraged consumer boycotts that led to a plunge in Japanese auto sales (in 2012) and South Korean products (in 2017). Last week, China issued a temporary injunction on some of Micron’s (MU) chip sales due to alleged patent infringement. The stock fell by 6%. MU downplayed the impact on sales and the share price has since recovered.

So there we have it, instead of a 10% tariff on all US imports being the so-called "worst case scenario," Goldman is warning that a much bigger problem for the US economy (and markets) is if the Chinese begin to boycott US goods, period.

Which is why the news today, via The Financial Times, that a new survey finds that a majority of Chinese consumers would be prepared to boycott US goods in the event of a trade war with Washington.

The survey found that 54 per cent of 2,000 respondents in 300 cities across China would “probably” or “definitely” stop buying US-branded goods “in the event of a trade war”. Just 13 per cent said they would not.

The remaining 33 per cent said they were unsure or did not at present buy US branded goods, according to the survey, conducted for FT Confidential Research (FTCR), a research unit at the Financial Times.

The survey was carried out between June 27 and July 10, mostly before the US imposed 25 per cent tariffs on $34bn of Chinese goods on July 6. The move elicited an immediate tit-for-tat response from Beijing.

To date, China has avoided calling for any boycott of US goods.

As, for now, analysts said Beijing was unlikely to do so because of fears over a backlash.

“The Chinese authorities haven’t done anything like they did with Japan and South Korean goods in the past,” said Kent Kedl, senior partner in the Shanghai office at Control Risks, a risk consultancy.

But, market continue to ignore the risk of this more 'qualitative' aspect of trade war. Bear in mind that Japanese car exports  plunged 32% in the 12 months after China launched a boycott over disputed islands in September 2012. 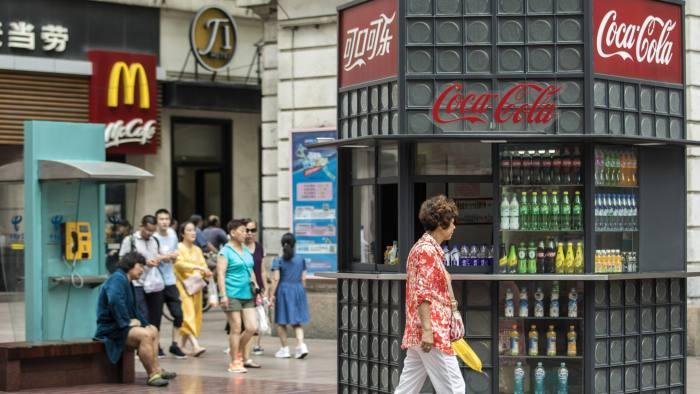 We leave it once again to Goldman's David Kostin to conclude: "All things considered, we do not think the outlook is very bright."