The specified file public://inline-images/https_%2F%2Fs3-us-west-2.amazonaws (14)_2.jpg could not be moved/copied because no file by that name exists. Please check that you supplied the correct filename.

“The affordability crisis may have reached a breaking point in Portland, San Jose, and Seattle,” said Redfin CEO. 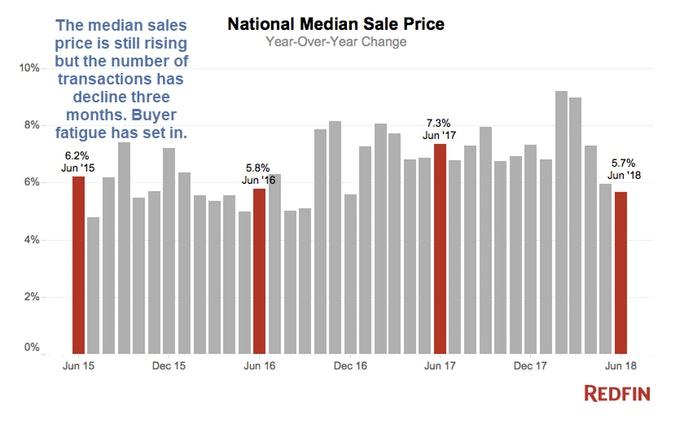 “The affordability crisis may have reached a breaking point in Portland, San Jose and Seattle,” said Redfin CEO Glenn Kelman.

“After 75 straight months of price increases in these markets that far outpaced wage growth, homebuyers are now becoming selective about which homes to buy, and at what price. The homes that did sell in June still sold quickly, but buyers were significantly more likely to reject homes that were less desirable or aggressively priced by the seller: the percentage of listings in these markets that sold within two weeks declined in June from 61 percent to 52 percent, and the fraction of listings that dropped their price increased from 31 percent to 33 percent.”

“We’ve seen similar signs of buyer fatigue in the past, especially at this point in the season,” Kelman continued.

“But in this case the lull has lasted a bit longer and affected more markets than in the recent past. It’ll be interesting to see whether buyers adjust to the latest price increase and come back in force this fall, or if instead we see these markets shift more in favor of buyers.”

Once again, signs are adding up that housing has peaked this cycle.