The specified file public://inline-images/methode%2Fsundaytimes%2Fprod%2Fweb%2Fbin%2F05bc2244-92bf-11e8-86ee-e22d14bef8b7.jpg could not be moved/copied because no file by that name exists. Please check that you supplied the correct filename.

Just as was extremely evident prior to the actual vote in 2016, scaremongering around Brexit (deal or no deal) is escalating among the cognoscenti or desperate Remain 'told you so'-ers. 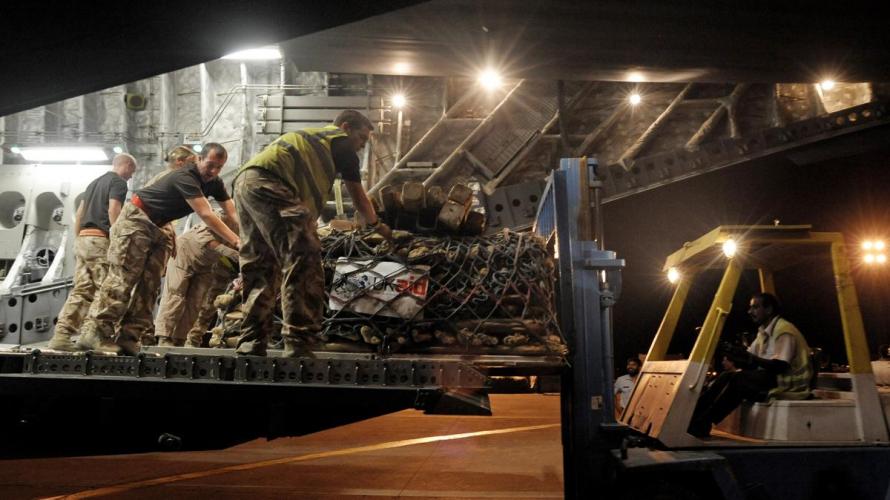 Britain's Sunday Times reports that UK ministers have drawn up plans to send in the army to deliver food, medicines and fuel in the event of shortages if Britain crashes out of the EU without a deal.

Blueprints for the armed forces to assist the civilian authorities, usually used only in civil emergencies, have been dusted down as part of the "no deal" planning, with helicopters and army trucks used to ferry supplies to vulnerable people outside the southeast who were struggling to obtain the medicines they needed.

However, as ominous as this sounds, The Sunday Times admits - a number of paragraphs into their "Army on standby for no-deal Brexit emergency" story - that a source inside the Ministry of Defense said they have not yet received "a formal request" to assist the civilian authorities.

And while desperate not to have this positioned as the work of "Project Fear', pro-EU opposition MP David Lammy took aim at the news on Twitter saying: "God, help us. This is not coming from Remainers. This is not project fear. Pro-Brexit Ministers are drawing up blueprints for the army to deliver food, fuel and medicine if we leave the EU with no deal," adding his own touch of hysteria... "We have a duty to prevent this self-immolation."

God, help us. This is not coming from Remainers. This is not project fear. Pro-Brexit Ministers are drawing up blueprints for the army to deliver food, fuel and medicine if we leave the EU with no deal. We have a duty to prevent this self-immolation.https://t.co/ipWppDQIny

However, as RT notes, the former Brexit secretary David Davis, who resigned from the position earlier this month over his dissatisfaction with a possible soft Brexit deal, dismissed the story as an attempt to scare people in order to secure a Free Trade Agreement “which will tank the economy.”

The plan of scaring the crap out of people with no deal horror stories in order to make an FTA which will tank the economy look like a good deal is beginning to work.https://t.co/gDpv2CQ0BF

Talk of shortages of food and medicines in the wake of a possible no-deal has come to the fore recently, with NHS bosses planning to stockpile key drugs and blood supplies in the event the service has to go on a permanent winter-crisis footing.

Supermarkets, meanwhile have told suppliers to make plans for a no-deal which could see them stockpile goods such a tea and coffee for periods much longer than normal.