As mentioned, all of the top three gold miners suffered production declines in the first half (1H) of 2018 versus the same period last year.  The biggest loser was Barrick, whose production declined over 20% by falling to 2.1 million oz in 1H 2018 compared to 2.7 Moz in the previous year.  Goldcorp's production fell 10%, while Newmont's output dropped by nearly 9%: 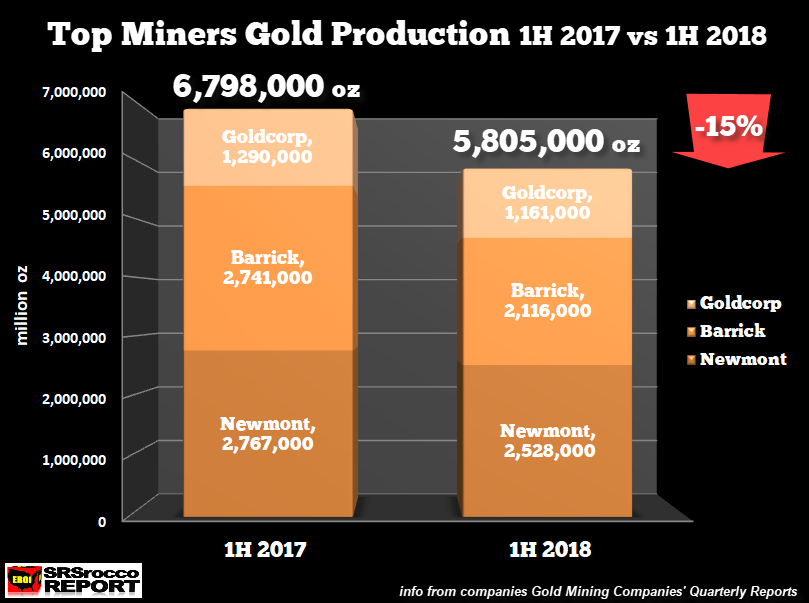 Altogether, the top three gold mining companies' production fell 15% or approximately 1 Moz in the first six months of 2018 versus last year.  Even though Goldcorp isn't the third largest gold miner in the world, the company has already posted its second-quarter results.  AngloGold is the third largest gold miner, but it won't publish its financial statements until August 20th.  Also, Kinross is likely ranked number four ahead of Goldcorp, but the company posts its production figures in "gold equivalent ounces."  If a company has to publish its gold or silver production in "equivalent ounces," then the analysis is a bit flawed in my opinion.

Regardless, these top three gold miners all experienced declines in production which impacted their financial balance sheets.  To get a better idea of the true cost of production and the health of the gold mining industry, I have come up with an "Adjusted Earnings Breakeven" price as well as a "Free Cash Flow" breakeven price.

The gold mining industry publishes "Cash Costs" and "All-In Sustaining Costs (AISC)," but those metrics deduct by-product metal revenues and don't include ALL COSTS.  For instance, Goldcorp publishes a much lower All-In Sustaining Cost of $850 an ounce because it subtracts its by-product credits from its cost analysis.  Of the $1,639 million of total revenues 1H 2018, Goldcorp sold $431 million in silver, zinc, and misc metals.  By deducting $431 million, or 26% of total revenues, from its cost of sales, the company can post a low $850 per oz AISC.

So, this is the sort of accounting gimmicks that the mining industry pulls on less sophisticated investors.... which are many.

Again, I don't pay much attention to the Cash Costs, or All-In Sustaining Costs as they do not provide an accurate picture of what is taking place in the gold or silver mining industry.

To get a better understanding of the financial health in the gold mining industry, we need to look at the companies free cash flow.  In the first half of 2017, these top three gold miners enjoyed a combined positive free cash flow of $718 million, with the majority coming from Newmont: 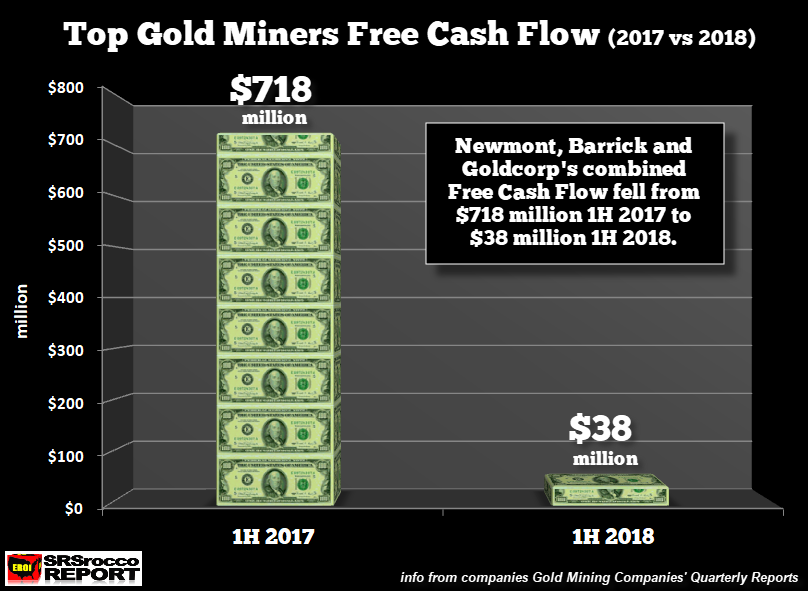 Also, my estimated "Adjusted Earnings Breakeven" for the group has also increased in 2018.  If we compare my two financial metrics (adjusted income breakeven & Free Cash Flow Breakeven) to the average gold price during each period, we have the following: 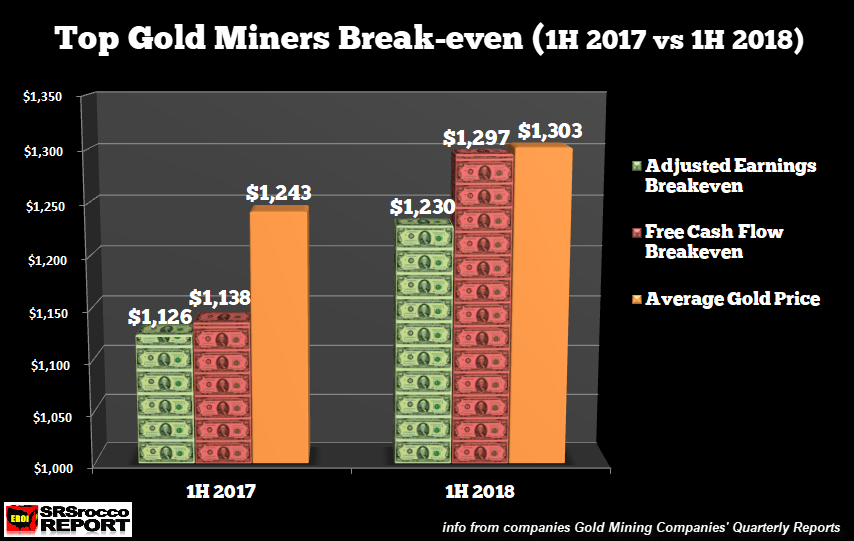 Furthermore, if you watched my newest video below, you would have found out the pathetically small amount of cumulative free cash flow the top four gold miners reported over the past twenty years.  If we take that amount and divide it by their total production, the positive free cash flow was a miserable $19 per ounce: 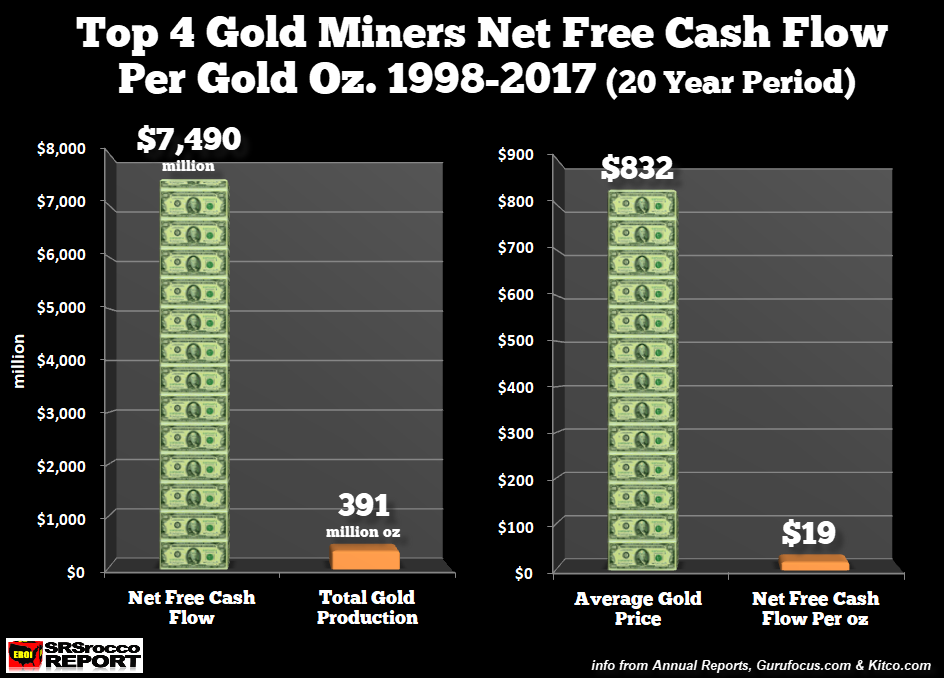 Barrick, Newmont, AngloGold and Barrick only posted a net $7.5 billion in positive free cash flow from 1998-2017.  If we divide the 391 Moz of total gold production, the net free cash flow per ounce was $19.  Now compare that to the $832 average gold price during the twenty year period.

By focusing on the Free Cash Flow, over an extended period, we can see that the top gold mining companies haven't made all that much money.  Also, I haven't included share dilution or the increase in debt.

While I provide data that suggests the gold mining industry cost of production is higher than the market reports or that the combined free cash flow has been quite small, I still believe the gold miners will be one of the few assets to own when the entire markets crash over the next several years.