The specified file public://inline-images/methode%2Ftimes%2Fprod%2Fweb%2Fbin%2Fbb31e8f4-98d0-11e8-be18-9b68e74f878e.jpg could not be moved/copied because no file by that name exists. Please check that you supplied the correct filename.

Authored by Tsvetana Paraskova via Oilprice.com,

Four senior geologists are calling for a moratorium on oil and gas drilling in Surrey in the UK, southeast of London, after 12 earthquakes were registered in the area over the past four months.

Between April 1 and July 18, a total of twelve seismic events were detected in the Newdigate, Surrey area, the British Geological Survey (BGS) says.

“We are aware there is public concern over human activities, a number of which are capable of producing earthquakes. We are not able to say if there is a connection between oil and gas activities, or any other man-made activities, and the events,” BGS said.

Companies exploring for oil and gas in the area are using only conventional processes since fracking is not authorized in Surrey.

Now four geologists are calling for a moratorium on drilling in the area in a letter to The Times on Monday, in which they say:

“We believe that public health and the environment are not being adequately protected given the unstable geology, which had not been identified before permits were issued for the currently active drill sites.”

“There are two oil sites in the immediate area: Horse Hill and Brockham. A causal link with either well site cannot be ruled out, so we need the full picture for the risk assessment,” say Stuart Gilfillan FGS, senior lecturer in geochemistry at School of GeoSciences, University of Edinburgh; Stuart Haszeldine FRSE, professor of geology, University of Edinburgh; Bill McGuire, emeritus professor in geophysical and climate hazards, UCL; Richard Selley, emeritus professor of petroleum geology, Imperial College London. 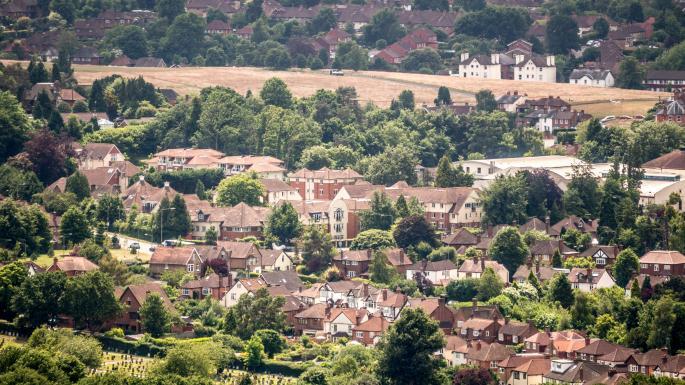 The Horse Hill site is run by UK Oil & Gas, which told The Times that it had been drilling there during only one of the 12 earthquakes, and that there was no evidence that oil and gas drilling had caused the earthquakes.

Brockham site operator Angus Energy, for its part, claims that regional geology means that it is physically impossible for its drilling to have caused the earthquakes.

The head of earthquake hazards at the BGS, Brian Baptie, told The Times: “Natural earthquakes tend to be a little bit deeper but it’s not unheard of to get natural earthquakes at those kind of depths. My feeling is that a natural cause seems more likely.”