"What They Did Was Unacceptable": Saudis To Dump Canadian Assets "No Matter The Cost"

Update 2: Saudi foreign minister Adel Al-Jubeir has made a new statement - attempting to talk back The Kingdom's rhetoric somewhat (or perhaps avoid sending its Canadian asset prices tumbling into a firesale).

"What Canada did was unacceptable.

Canada committed a big mistake, must rectify it.

We in Saudi Arabia do not accept dictation, interference.

There is no need for mediation, Canada knows what it needs to do, it must change its policies, ways with The Kingdom.

The Saudi measures only apply to new investments [ZH: so no immediate asset dumping]

Saudis are still weighing other measures to take against Canada."

Update 1: Russia has sided with Saudi Arabia in the ongoing diplomatic rift with Canada on Wednesday, issuing a statement accusing the latter of attempting to “politicize human rights issues.”

The statement said Russia rejected the “authoritative tone” of Canada toward Saudi Arabia, adding that the Kingdom had the full sovereign right to manage its own affairs.

“We consistently and firmly advocate compliance with universal human rights with due regard for the specific national customs and traditions that developed in a given country over a long period of time. We have always said that the politicization of human rights matters is unacceptable,” Russian Foreign Ministry spokeswoman Maria Zakharova said in a statement posted on the ministry’s website.

The Saudis have escalated their fury towards Trudeau's "progressive" propaganda. Having expelled the Canadian ambassador, froze new trade and investment with the G7 member, suspended a student exchange program and halted Saudi Arabian Airlines flights to Canada, the Saudis are stepping up their pressure very directly.

The FT reports that the Saudi central bank and state pension funds have instructed their overseas asset managers to dispose of their Canadian equities, bonds and cash holdings “no matter the cost.”

Third-party managers are estimated to be mandated to invest more than $100bn of Saudi funds in global markets, executives say. While the proportion of that figure invested in Canadian holdings would be “fairly small in absolute terms,” the asset sale sent a strong message, one of the people said.

The sell-off began on Tuesday and underlines how the Gulf monarchy is flexing its financial and political muscle to warn foreign powers against what it regards as interference in its sovereign affairs.

“This is severe stuff,” said one banker.

The most immediate reaction appears to be in the currency...

Why are the Saudis doing this (aside from responding to Ottawa’s criticism of the arrest of a female activist)?

One Twitter wit noted - "to secure funding for the Tesla LBO?" 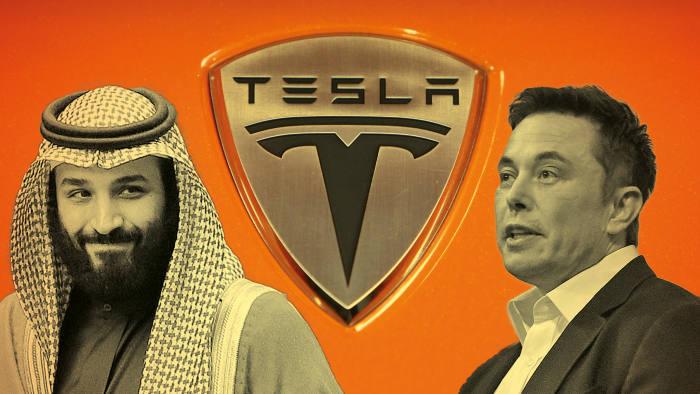