Gold And Silver Fall Sharply Despite Surging Demand In Turkey

Gold and silver prices fell sharply again yesterday and were down 1.6% and 4.3% respectively to multi-month lows.

Silver saw another bout of intense selling on the futures market and was pushed as low as $14.37/oz. There was no economic news or silver related developments that would account for the deepening sell-off.

It is again a purely futures-related price action with no refineries, mints or dealers reporting a sudden selling of silver bullion. Quite the opposite, contrarian gold and silver buyers are again accumulating coins and bars on the dip.

Demand for gold jewellery and gold bars has surged in Turkey due to the currency crisis. Gold trading volumes on the Turkish Gold Exchange (Borsa Istanbul) have more than doubled and gold prices in Turkish lira have surged by more than a third since March as reported by Bloomberg. Or rather the Turkish lira has collapsed in value by a third versus gold. 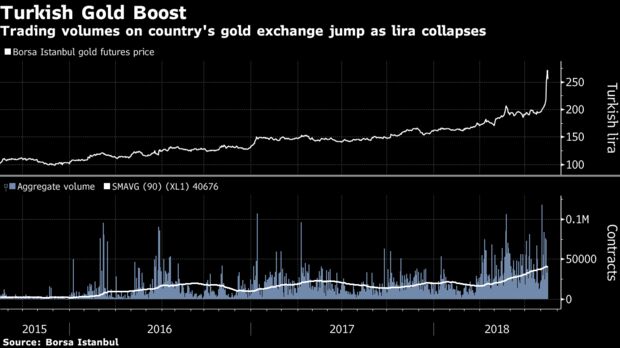 The sharp falls in the precious metals is being attributed to dollar strength. The U.S. dollar is holding steady near a recent peak for now, despite the increasingly precarious fiscal outlook as Trump's reckless government spending has seen the national debt surge to $21.35 trillion - an increase of $1.45 trillion since Trump, the  “King of Debt”, took office.

The precious metals are now near their lowest in nearly 2 years despite the very favourable backdrop of heightened geo-political and economic risks due to trade wars and concerns that the financial crisis in Turkey could lead to a wider global financial crisis.

Concerns about the financial crisis in Turkey, and its impact on the EU in particular, and China and the global economy's health are badly impacting emerging market currencies. This has led to safe-haven demand for gold, but this is not resulting in gold, or silver, being bought in the futures market.

Counter-intuitively, the opposite is happening again and this has led some analysts to again believe that the gold and silver prices are being manipulated lower on futures markets. This could be done purely for profit motives by hedge funds and banks and or due to official intervention in order to curtail safe-haven demand, depress sentiment towards the precious metals and maintain confidence in risk assets and the wider markets (see GATA.org and Gold & Silver Being Hit Like In 2008 To Cover-Up Impending Global Financial Crisis).

As ever, it remains prudent to take a long-term view. Contrarian investors, value investors and bullion buyers, while rightly frustrated will either simply sit out the latest bout of contrived price weakness or accumulate gold and silver again at these depressed prices (see It's Time for Contrarians to Get Bullish on Gold).

Gold Refuses to Shine for Investors in Search of a Haven (Bloomberg.com) 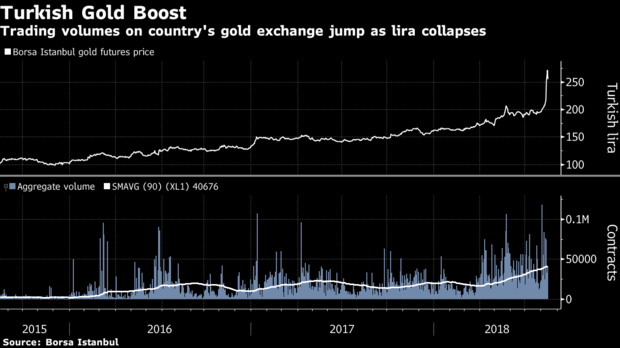 Gold And Silver Manipulated Lower As Was Case In 2008 (InvestmentResearchDynamics.com)

Africa Rising: US may be a powerful country, but it is on the decline (DavidMCWilliams.ie)