How to Make a Billion Bucks

There are a couple of seemingly unrelated events approaching. First, in a few weeks, there is the 17th anniversary of the terrorist attacks of September 11 2001. Second, it seems nearly inevitable that Amazon will become the world's second trillion dollar company, following in AAPL's footsteps. I guess they are going in alphabetical order.

I was curious what the cheapest price Amazon was after the Internet bubble burst. It turns out it was on October 1, 2001. I was struck by that date, because it was so soon after the attacks. I decided to look at what Amazon did when the market reopened after the attacks, and I've tinted it below. As you can see, it's pretty much a blip. Within a couple of weeks, it got down to $5.51, and it hasn't looked back since. (It's approaching $2,000 now). 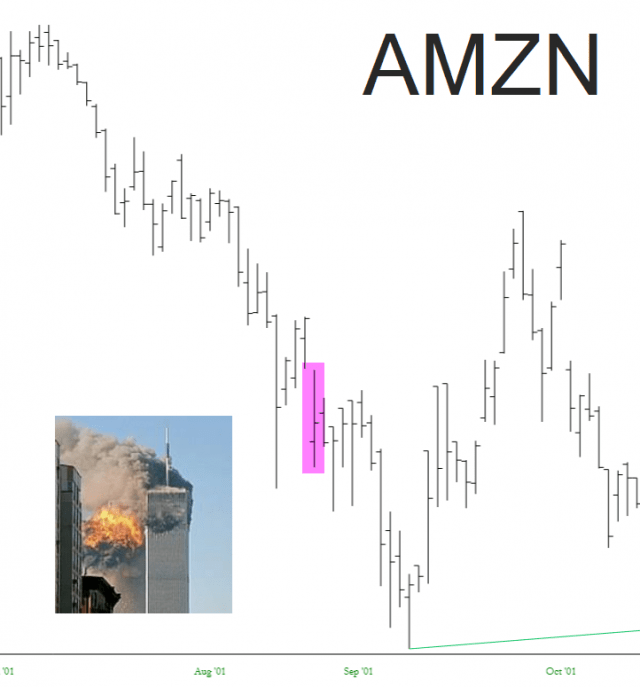 As a torture experiment, I whipped out the Slope of Hope Woulda Shoulda Coulda page and punched in the value of a nice Palo Alto house around that time. By today, I'm sure the house would have doubled in price. However, Amazon did a little better...........yep.............a billion dollars.

Anybody got a time machine handy?