The Terrifying Paintings by ArtificiaI Intelligence

By Peter De Boer Via The Daily Bell 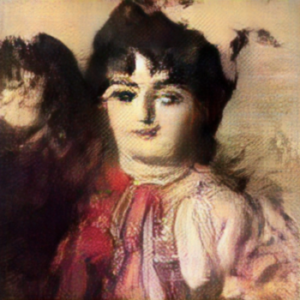 And its one hell of a mutilated abortion. Words that spring to mind: monstrous, from hell, distorted, terrifying, soulless…

Its like self-portraits of a family of aristocrats if they were each and every one of them a soul-sucking demon. 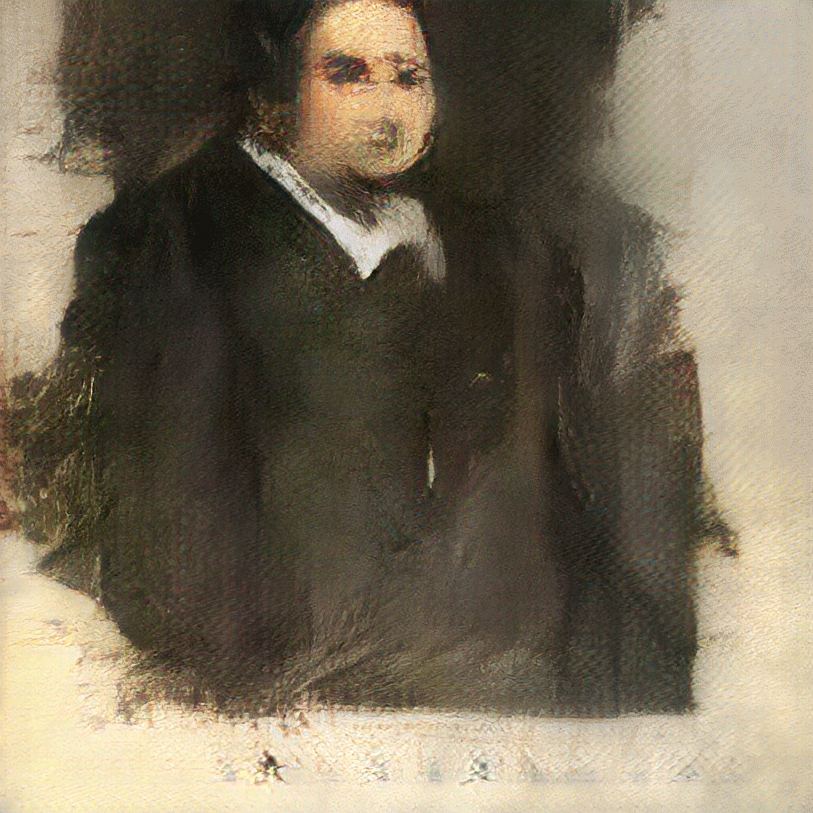 If this is what Artificial Intelligence has to offer in terms of art, if these images are the seeds of that future, count me out. A French art collective, selling these little monsters at Christie’s for beaucoup bucks, fine.

But I can’t tell… this collection is called Obvious. Obviously what? Obviously a horror show? 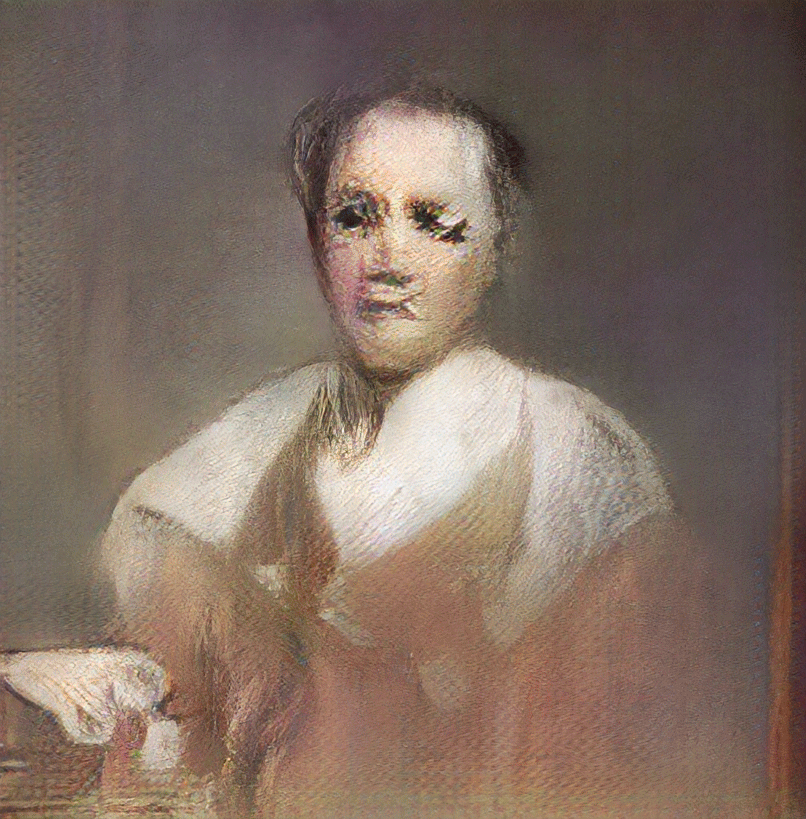 What does this tell us of the nature of artificial intelligence?

Evidence of the soul.

Look long and hard at these images, and think of the emotions that rise. Art may be subjective, but there appears to be a universal Élan vital that accompanies it, especially the best works. 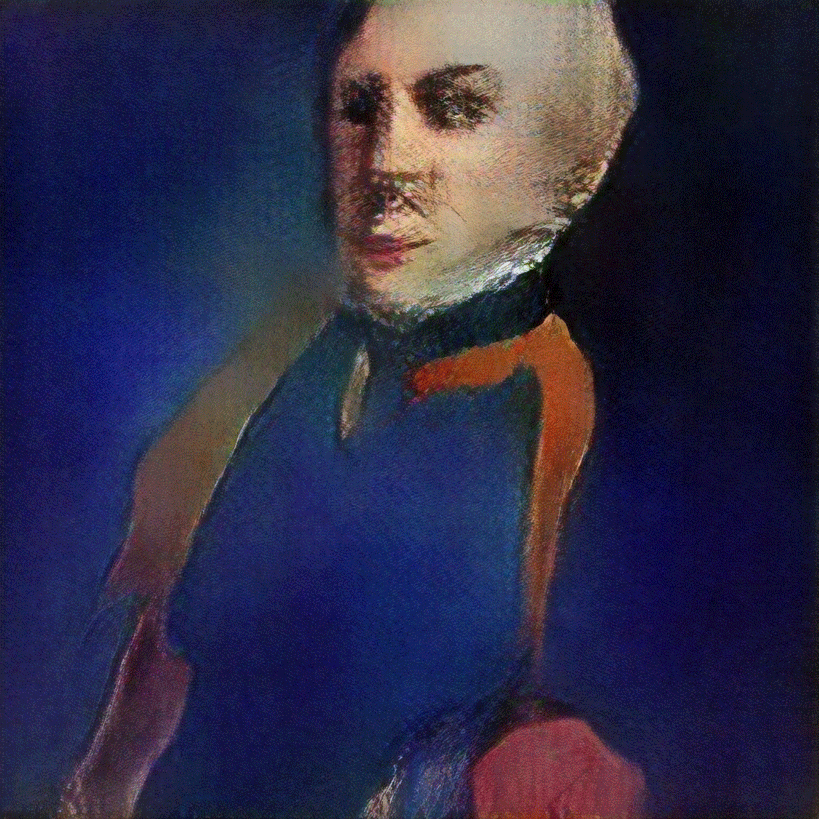 True art brings forth human emotions. It is the artist speaking to you through an irrational form. A form that subverts whatever prefaces your own existence to strike at your core. It brings forth the non-algorithmic. The representationally infinite. The Golden Ratio. And it transmits from one human, a human who has tapped into that, to another, a language where none is needed to understand.

Even what could be considered sinister or horrible works such as Rubens’ Saturn speaks to us. 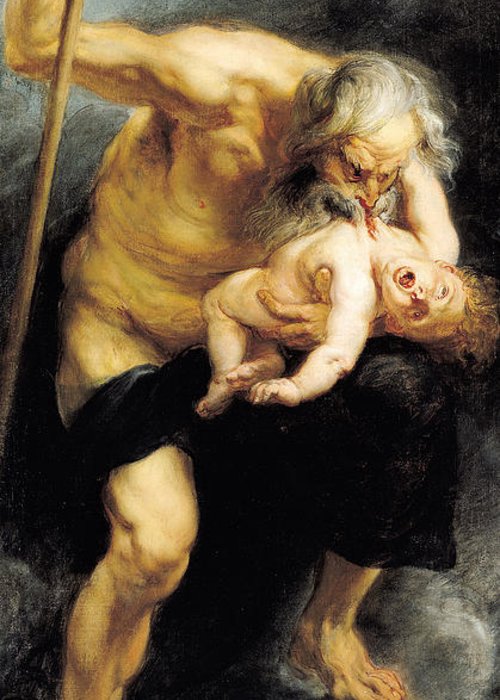 It’s relatable, and tells us something, warns us. And because it comes from us, it can be appreciated. Understood. Respected as part of the human spectrum.

But this stuff, it should serve as a warning. This is the soul of A.I., and it tells us we are staring into the abyss. Into nothing. Which is what is so horrifying here. 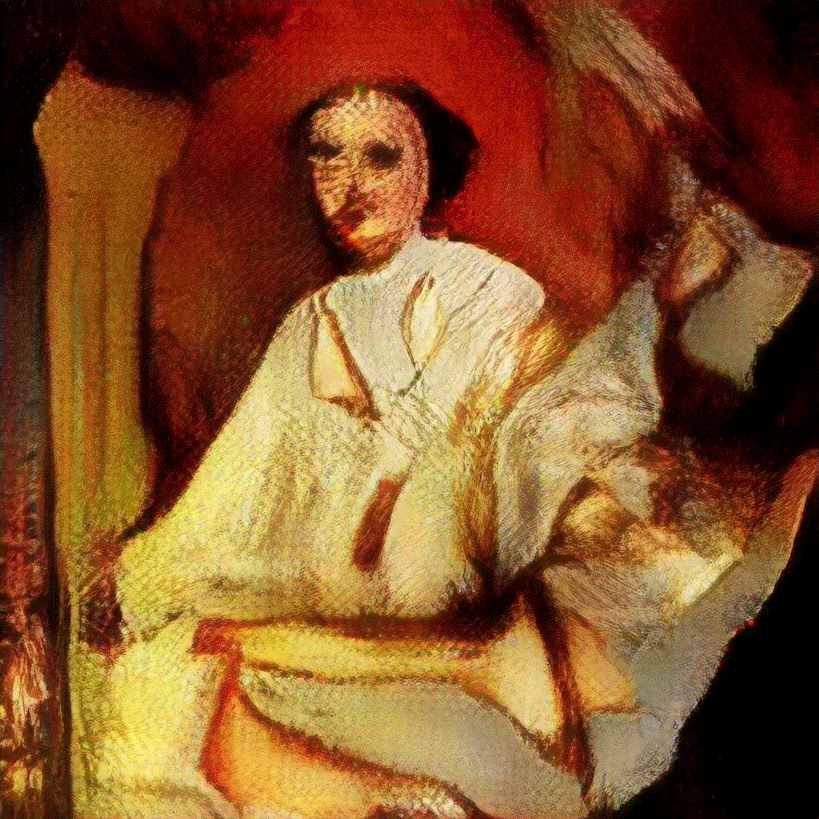 Even the very term Artificial Intelligence should clue us in. It’s artificial. As opposed to real intelligence. Because there is more to intelligence than simply complex math equations. We are not just biological computers as the technocrats would have us believe. But if we were, this is the art we would create.

This art fails on every level. As a general attempt to emulate greater works, this art sucks worse than a black hole.

Aesthetically, it would probably be enjoyed most hanging in a Rothschild manor. 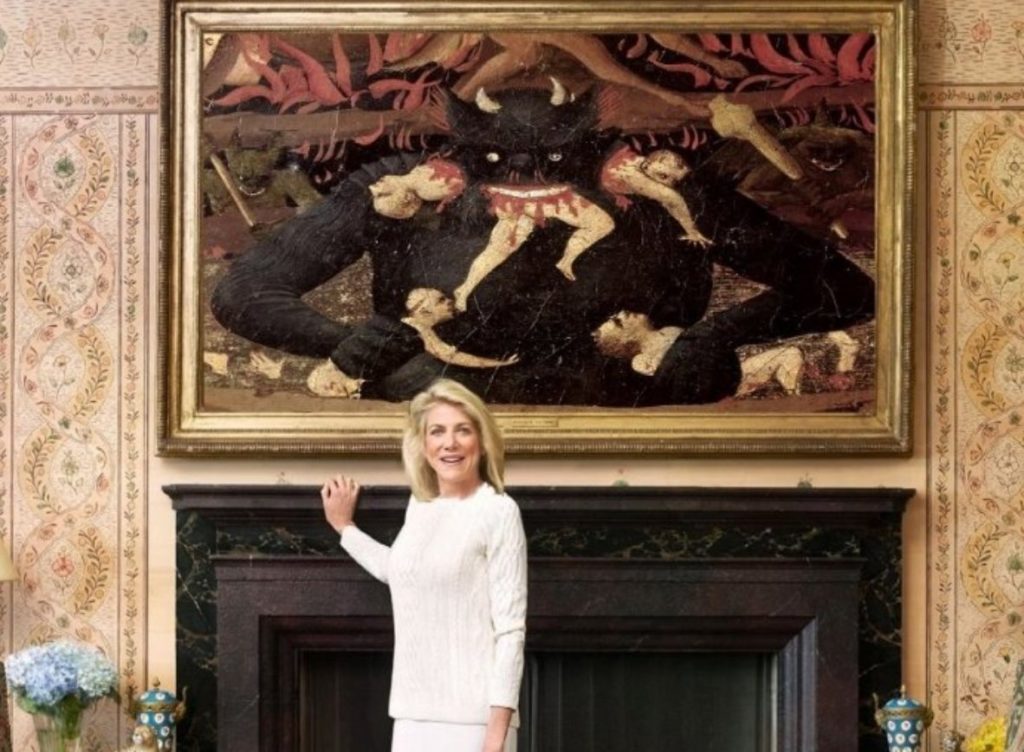 But mostly it fails because it does not include the incalculable.

And you can say that about most art produced these days.

Film corporations produce movies based on profit calculations. The spirit of the filmmakers is so often playing second fiddle if at all. No wonder most films are throwaway trash.

Meanwhile, Modern Art museums are busy twisting our minds into accepting garbage as art. Or art as garbage. I’m not sure which… 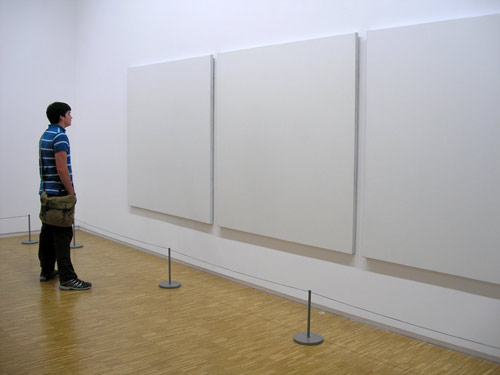 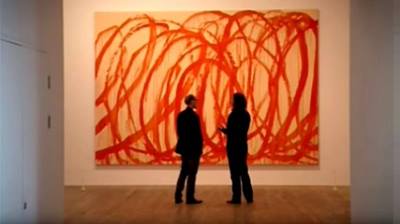 And now this – A.I. art slithering from the bowels of the netherworld. Coming from a place of nothing. Planting within us the seed of nothing.

So look long and hard at these images of the abyss. And let’s remember what one of our greatest ancestors said:

“And if thou gaze long into an abyss, the abyss will also gaze into thee. ” – Nietzsche 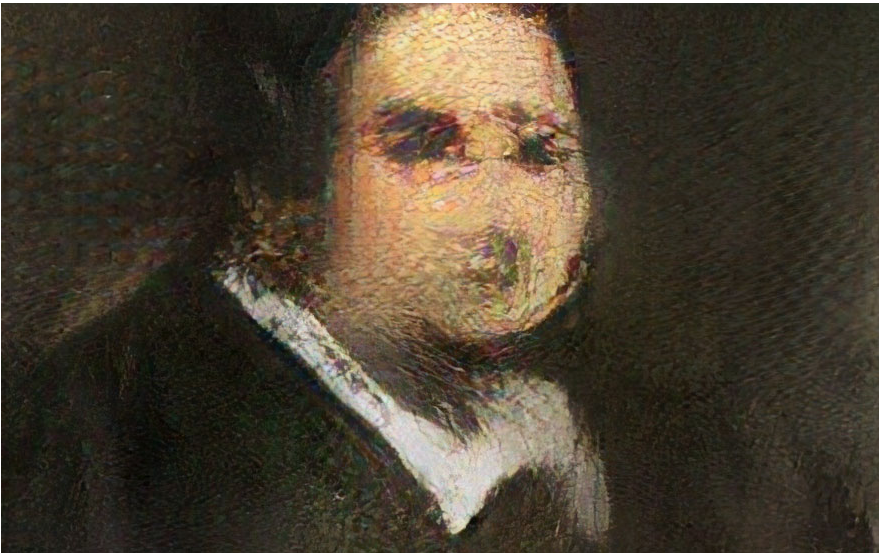