Volkswagen is transitioning away from diesel. Today it announced "Electric for All". 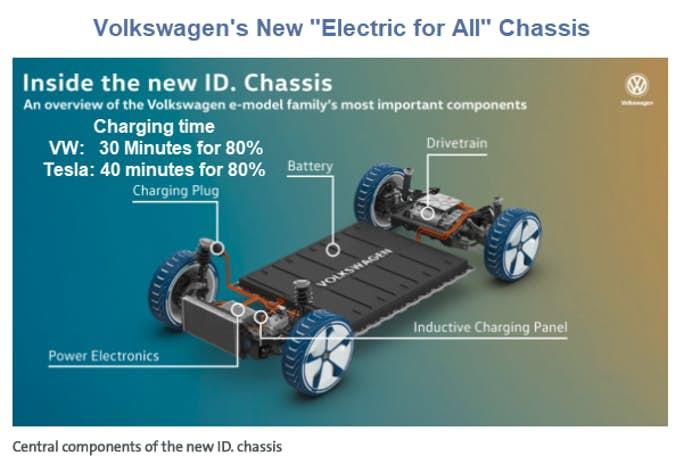 With a world premiere of a new modular electric drive matrix, Volkswagen Launches ELECTRIC FOR ALL Campaign.

As part of the ELECTRIC FOR ALL campaign launched today, the brand will be putting attractive models at affordable prices on the road, paving the way for the breakthrough of electric vehicles. The electric offensive is based on the modular electric drive matrix (MEB), a technology platform developed specifically for electric vehicles.

The MEB is the key to the “electric car for all”: it enables a hitherto unachievable price-service ratio and will be instrumental in transforming the electric vehicle from a niche product into a bestseller. Brand Board Member for E-Mobility Thomas Ulbrich commented: “We will make electric vehicles popular and get as many people as possible excited about electric cars. The MEB is one of the most important projects in the history of Volkswagen – a technological milestone, similar to the transition from the Beetle to the Golf.”

Furthermore, the MEB bundles Volkswagen’s entire production knowledge: it is not a platform for vehicles with combustion engines that has been retroactively modified, but has from the outset been designed to be 100 percent, uncompromisingly electric. As Ulbrich put it: “Our Modular Transverse Toolkit already proved Volkswagen is one of the most successful platform developers in the auto industry. Now, we’re transferring this know-how and this strategy to the electric age. By the end of 2022, four Group brands will be ramping up 27 MEB models worldwide, ranging from compact cars to the lifestyle Bulli. That is something quite unique.”

All members of the ID. family are designed for fast charging. Using fast charging systems, the battery can be charged 80 percent in about 30 minutes thanks to a completely new, significantly more powerful battery system developed by Volkswagen Group Components. Senger explained: “The use of a new generation of high-performance batteries begins with the ID. models. Thanks to their modular design and the multi-cell format, these batteries can be installed in smaller or larger ID. models.”

A quick check shows the transition will not be immediate. According to CarSalesBase Volkswagen European sales peaked in 2015 at just over 1.7 million cars. 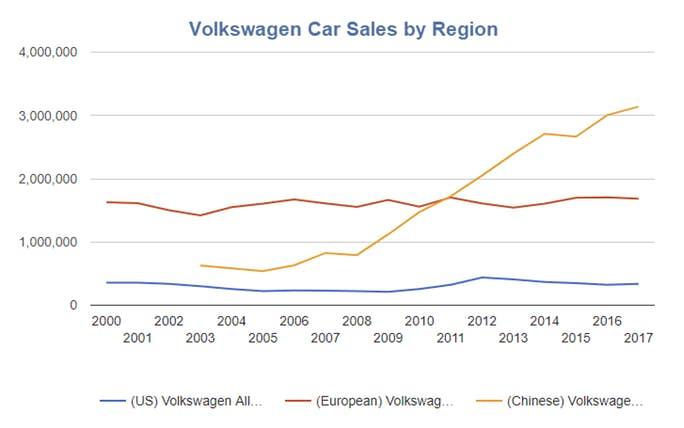 Globally, Volkswagen is huge in China. 150,000 cars is but a tiny fraction of sales. But the announcement was just made. We are headed into 2019.

It struggles to hit 4,000 a month, and quality control is poor.

Assuming Volkswagen can meet its stated goal, a Tesla takes 40 minutes at a "supercharging station". Volkswagen anticipates an 80% charge in a half hour.

Tesla is about to have serious competition from Volkswagen. GM and Ford cannot be that far behind now.

Whatever lead Tesla appeared to have in batteries has now vanished.

In the US, adoption to electric will take a while, perhaps a decade. In Europe and China, the roll-out will be much faster.

The end is now in sight for gas-powered vehicles in much of the world.