About once a week the Greens cheer victory. Alternately, AfD cheers. The Grand Coalition never has any grounds to cheer... 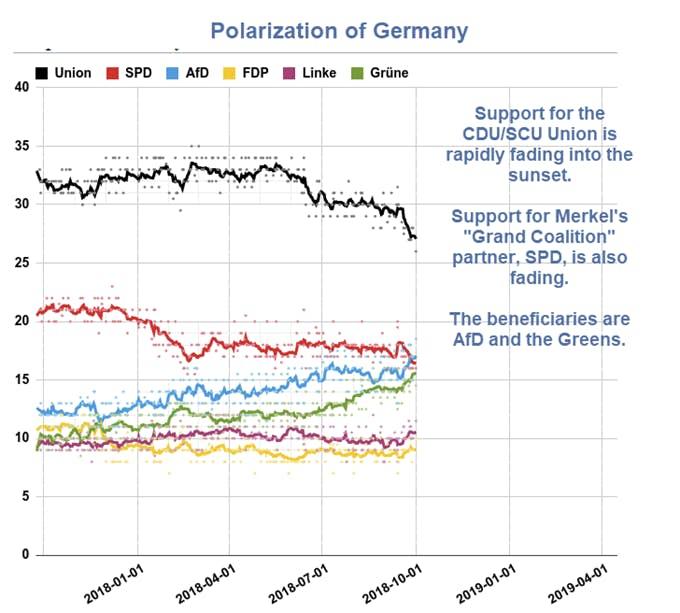 I have a blast following German polls and pronouncements, especially from the Greens. 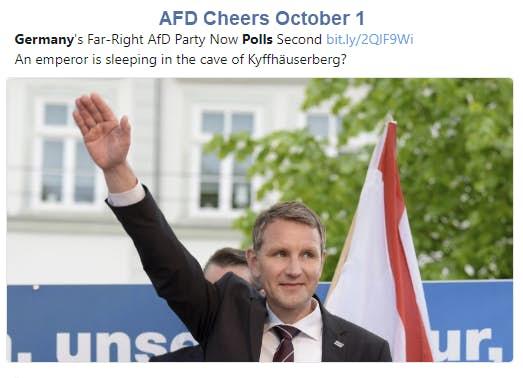 I have been watching this pattern for many weeks and no one seems to have caught on. This next image will explain. 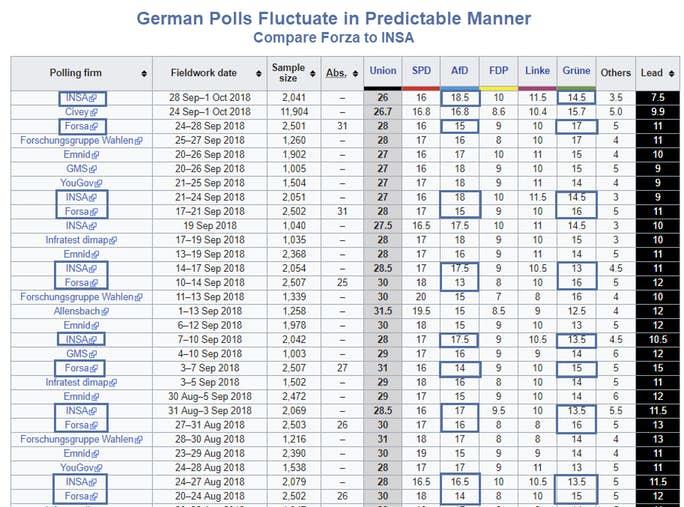 ​Now that the INSA poll is out of the way, it's pretty clear the Greens turn to cheer will soon happen again.

Demise of the Grand Coalition

Meanwhile note that support for the Union (CDU/CSU) "Grand Coalition" is slowly sinking into the sunset.

If there was an election today, the Grand Coalition would not have a chance according to any recent poll.

Even the Jamaica coalition, named after colors in the Jamaica flag (black, yellow, green), might not gather, or barely gather, the required 50%.

How long could such a three-way coalition last, assuming it got off the ground in the first place?