The specified file public://inline-images/https_%2F%2Fs3-us-west-2.amazonaws (1)_18.jpg could not be moved/copied because no file by that name exists. Please check that you supplied the correct filename.

Mish: Warning! Civilization At Risk, Crisis By 2040, And Other Nonsensical Climate BS

The amount of climate scaremongering in the past few weeks is stunning. And it's all pure bullshit. 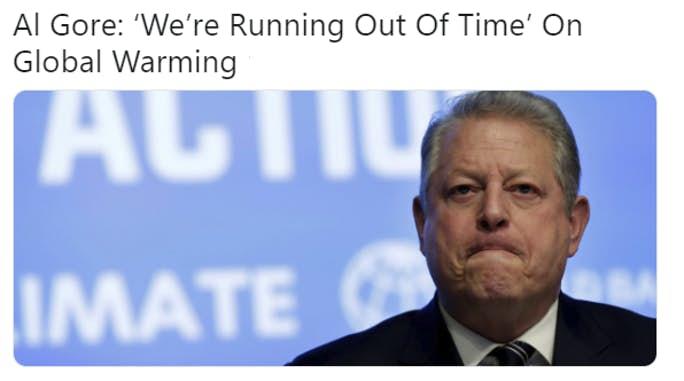 Check out these headlines.

The Intercept: FOSSIL FUELS ARE A THREAT TO CIVILIZATION, NEW U.N. REPORT CONCLUDES

Earther: We Have a Decade to Prevent a Total Climate Disaster

Q.What do all of those headline have in common?

A. They are all based on the same study. The study is riddled with huge numbers of blatant errors making the study for lack of better words, pure bullshit.

Watts Up With That reports BOMBSHELL: audit of global warming data finds it riddled with errors

Also consider Watts Up With That Weekly Climate and Energy News Roundup 331.

A participant in the IPCC, who resigned, atmospheric physicist Richard Lindzen was Alfred P. Sloan Professor of Meteorology at MIT. He is noted for his work in dynamic meteorology, atmospheric tides, ozone photochemistry, quasi-biennial oscillation, and the Iris hypothesis. Lindzen is certainly qualified to talk about the physics of the atmosphere, where the greenhouse effect occurs. Several key points of the talk are summarized below.

Lindzen's entire speech is much needed and worth reading. Simply because the IPCC names its process as science, does not make it science.