October has been a terrible month for equities. Yet, this is only a start of what's to come... 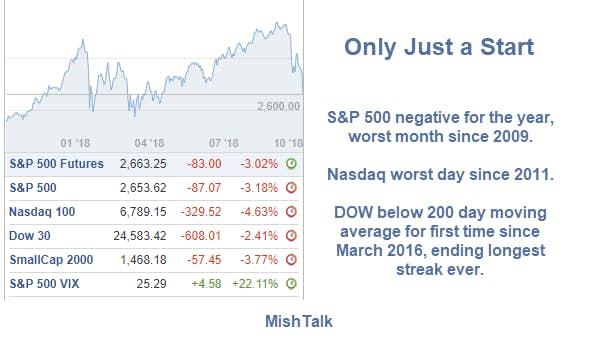 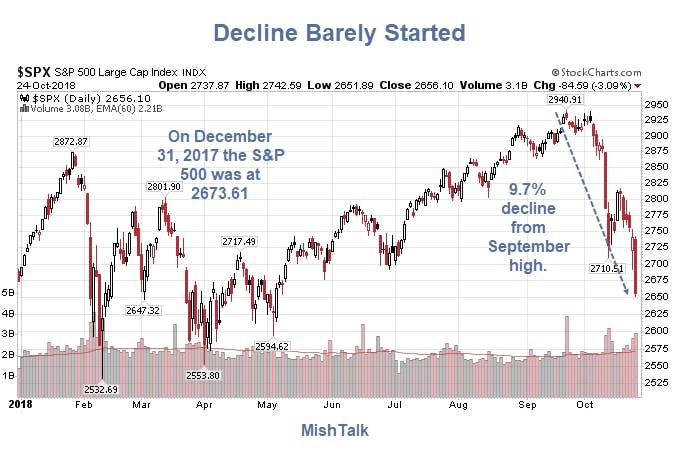 Despite the rout, the S&P is just barely down for the year. 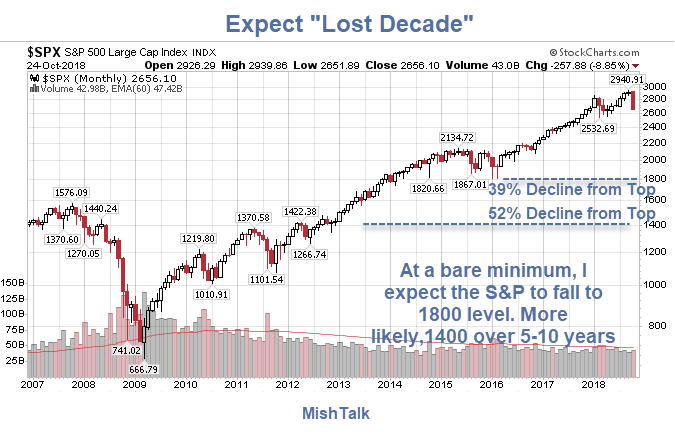 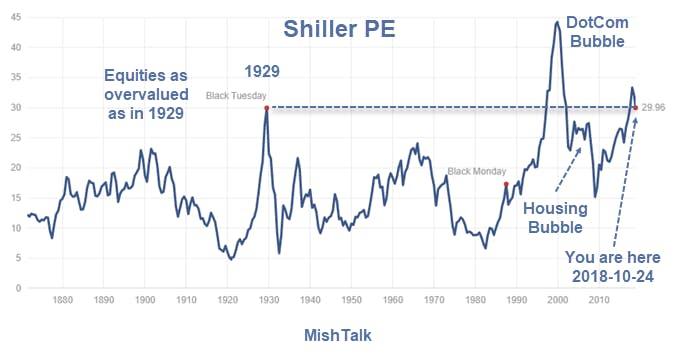 The Shiller PE Ratio also known as "CAPE", the Cyclically Adjusted Price-Earnings Ratio, is in the stratosphere. It's not a timing mechanism, rather it's a warning mechanism.

The main idea is that earnings are mean reverting.

On that basis, stocks are more overvalued than any time other than the DotCom era.

But that is misleading. In 2000 there were many sectors that were extremely cheap. Energy was a standout buy then. So were retail and financials.

It's difficult to find any undervalued sectors now other than gold.

At 1:40 AM (this morning), I posted Eight Reasons a Financial Crisis is Coming.

It's been about 10 years since the last financial crisis. FocusEconomics wants to know if another one is due. The short answer is yes.