Expect homelessness to rise in San Francisco as a result of the city's passage of a homeless tax. 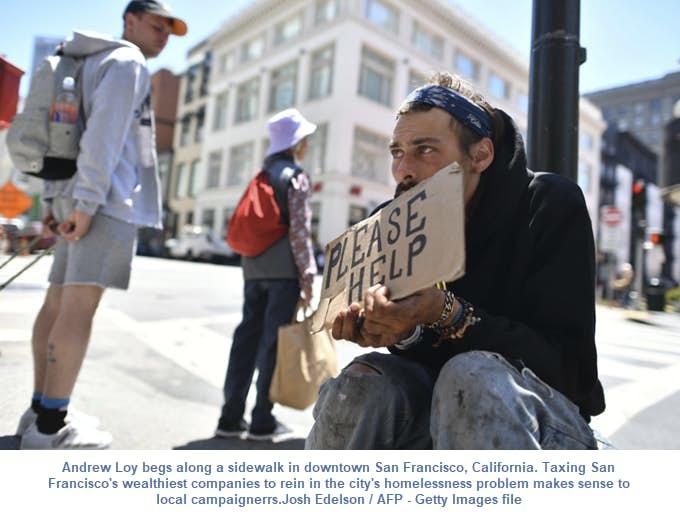 Companies with more than $50 million in gross annual receipts will now be taxed on any gross annual receipt revenue in San Francisco. The city already has a gross receipts tax, which is usually calculated by taking a company's global revenue and multiplying it by an "apportionment percentage," which is based on their business category.

The tax code is complex and will not hit corporations equally.

Salesforce, the largest employer in San Francisco, would pay around $10 million per year, according to estimates, while Square, which is one-third the size of Salesforce, would pay more.

Prop C’s victory means the homeless will have a home & the help they truly need! Let the city come together in Love for those who need it most! There is no finish line when it come to helping the homeless. Thank you amazing supporters of Prop C! pic.twitter.com/0JOXCua1m1 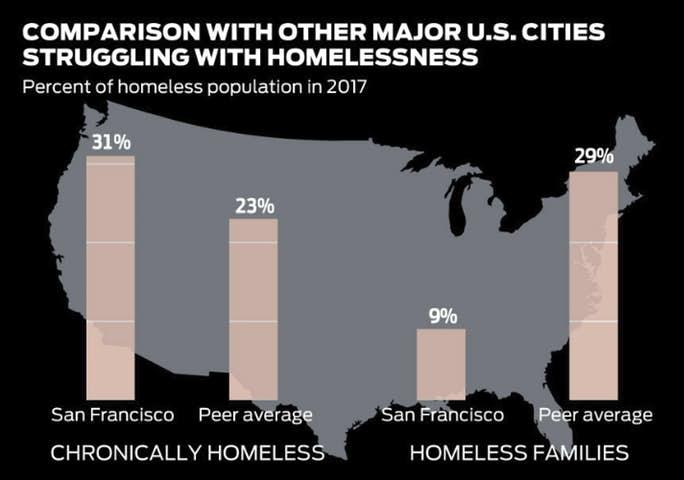 Image from the San Francisco Chronicle article Situation On the Streets.

The article notes that the overall homeless population in San Francisco has fallen from 8,640 in 2004 to 7,499 in 2017. Yes, but at enormous expense. Since 2004, San Francisco has doubled the money it spends on homelessness, to more than $300 million.

And the result feels worse. Why?

The proposal is so stupid that even the mayor London Breed opposed Prop C.

Funding for homeless services has “increased dramatically in recent years with no discernible improvement in conditions,” she said in a statement.

“Before we double the tax bill overnight, San Franciscans deserve accountability for the money they are already paying.”

If you want more of something, subsidize it. Reported homelessness is down slightly, but tents are up, panhandlers are up, and problems are up.

Throw enough money at the problem and people will move in from all over the county.

San Francisco is begging for more problems, and it will get them.

In case you missed it, please consider Under Pressure, Seattle Reverses Idiotic Tax on Corporations to Support Homeless