Macron threatens the UK with perpetual delays unless the UK gives the EU fishing rights. 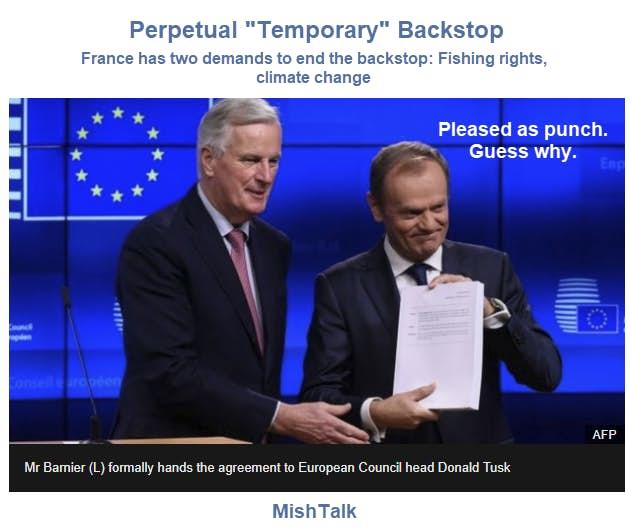 Today's story from France is exactly what I have predicted about Theresa May's acceptance of a kluge backstop that is unlikely to end without escalating demands from the EU.

French president Emmanuel Macron's Blunt Brexit Warning to UK Over Fishing Rights is precisely what I had in mind.

Several EU leaders highlighted fishing as a particularly sensitive issue. German Chancellor Angela Merkel said talks on fisheries were "undoubtedly going to be an area where negotiations are going to be tough".

But the bluntest warning came from the French President Emmanuel Macron, who suggested that if the UK was unwilling to compromise in negotiations on fishing, which would need to make rapid progress, then talks on a wider trade deal would be slow.

"We as 27 have a clear position on fair competition, on fish, and on the subject of the EU's regulatory autonomy, and that forms part of our position for the future relationship talks," he said.

"I can't imagine that the desire of Theresa May or her supporters is to remain for the long term in a customs union, but (instead) to define a proper future relationship that resolves this problem."

Theresa May already sold the farm for a pittance.

The EU agreed to an Irish backstop but it's temporary. Details will follow.

Trust me, there will be lots of following details. Here are key blackmail items.

It won't stop there.

I Tweeted about this on November 18 before Macron's fishing threat.

Not the Final Deal 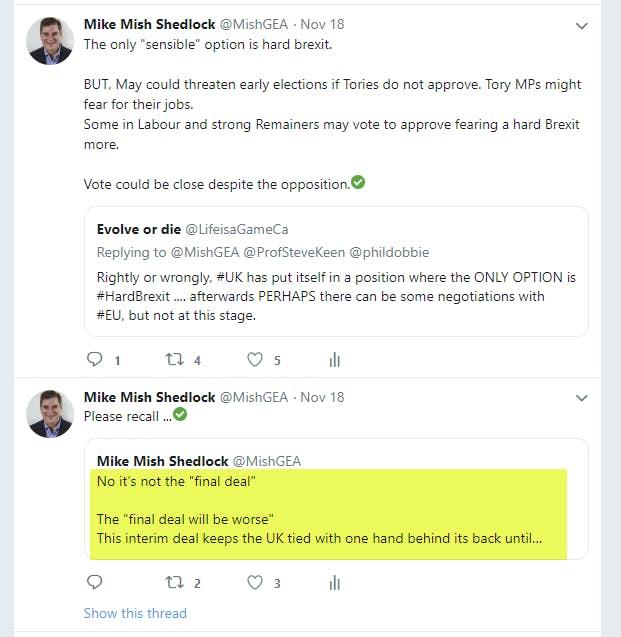 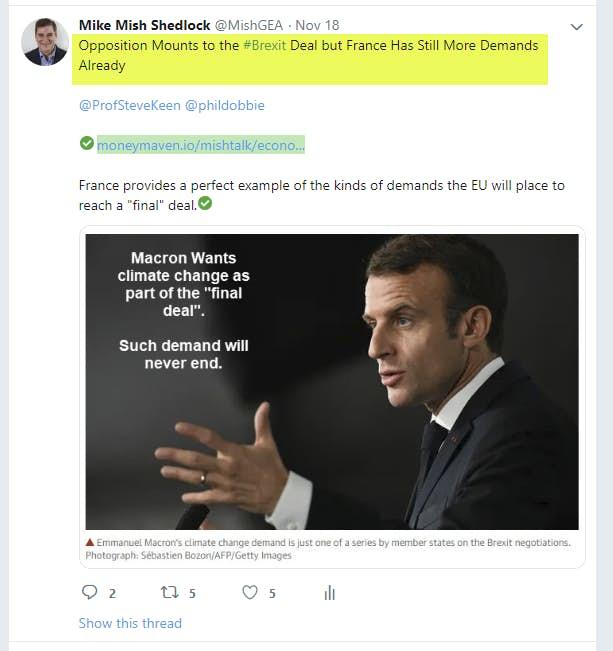 Wait till Germany and Spain and all 27 EU nations get into the act.

Theresa May supports the stupidest trade deal in history.

The 585-page Brexit deal was so one-sided that 6 UK ministers resigned and Parliament openly laughed at PM Theresa May.

On November 16, I offered a musical tribute: Smiling Faces Show No Traces of Evil That Lurks Within

It's fitting that I ended with this comment "The UK should take a pass on this rotten kettle of fish."

And here we are, talking about fish on top of climate change demands.

This admission of the obvious truth from Macron may very well tip the UK parliament into rejecting the deal.