As we know there is a serious problem for rich kids.

After some light shopping for Burberry T-shirts, some baggy pants, and hoodies, which cost the equivalent of the annual salary of Joey the kid behind the counter at Starbucks, rich kids get bored.

Sure, an afternoon trawling around the neighbourhood in whatever sports car Daddy bought them kills a bit of time, but seriously, after that there's not much left to do. So lolling about getting whacked off their heads on whatever the latest thing it is kids get whacked on these days seems completely normal. Plus, drug dealers gotta make a living too, right?

Now, I have a solution to this.

It's called a purpose, and I covered the topic in depth in a post on having purpose. When someone has purpose, the very idea of flopping around on a friend's sofa, drooling, suddenly doesn’t seem so appealing.

Why do I bring up rich kids?

Well, there is a saying:

It affects 90% of family fortunes!! Think about that.

Thing is, making money is hard. Really hard. And keeping it is hard. Maybe even harder.

What accounts for the catastrophic "blimmen heck son, how did you lose all that money?" losses incurred by second, third, and sometimes fourth generations is that the appreciation for the hard toil that created the wealth is in collapse mode.

At the same time, the factors of inflation, interfamily feuding, and natural dispersion of assets amongst family members is accelerating. This is important for today's topic (more on that in a minute).

Certainly one of the biggest factors in play is the risk of a sense of entitlement that comes with the wealth.

Take that ingredient and add to the pot the fact that the second and third generations are typically a step removed from the work ethic and drive that built the fortune in the first place, and it becomes as obvious as day as to why only about 10% of families manage to buck the trend. Those are not good odds.

In any event, today's topic is a much bigger one than solving the problem of intergenerational family wealth. We'll leave the Burberry buying snotty nosed brats to take care of themselves. Today we're looking at this dynamic writ large.

Here's a question I had. I've an answer to it. You can tell me if you agree or not in the comments.

Why is it that Western Europe opened their borders to pretty damn well everyone and especially an uneducated group of folks who are openly antagonistic towards Western civilisation and its values?

And realise this isn't a right wing, left wing issue. Every Western European country did it, including those on the left and those on the right.

There were a few lone voices suggesting it might not really be the best idea to have millions of uneducated young people with questionable value systems pouring into Western Europe.

But it's as if the folks in power said, "OK. Sod the risks and the costs, and the death threats and promises of jihad on our streets. We would much prefer local people to be defending themselves in the streets over here from Ahmed "Allahu Akbar" and his pointy knife than sitting on the sofa playing Fortnite.”

And so that was the end of that.

Then we look at Eastern Europe. It's the complete opposite. Every. Single. Country. And they're all unanimous on that one topic. And again, doesn't matter if we're talking left or right. Hell, Hungary is far right and Slovakia far left. Both however are in 100% agreement on this issue.

In Western Europe (and I know I'm going to get hate mail for this), society is by and large fat and lazy. Luigi in Italy, Pedro in Portugal, Francois, Hans. The lot. Lovely people and all that but at a society level the mindset is nothing at all like their neighbours in Eastern Europe.

To understand why this is the case consider that World War II ended in 1945 and Western Europe hasn't fought for their existence ever since. That's 73 years.

Nobody remembers because the very few who were alive were tiny tots while the war was still raging, are now those left are pretty darn close to the box. Even these folks never remembered much anyway because they weren't actively involved. They were too young.

That's important for understanding why Western Europe is where it is today.

As Western Europe built itself out of the destruction wrought by that little German with the pedo moustache and became wealthy so it began introducing socialism. Free healthcare, pensions, "supported living", "assisted care", and myriad such policies.

That's how you get elected in a democracy: Offer the rubes free isht, they'll flock to it like moths to a flame. It's also how you eventually go broke. 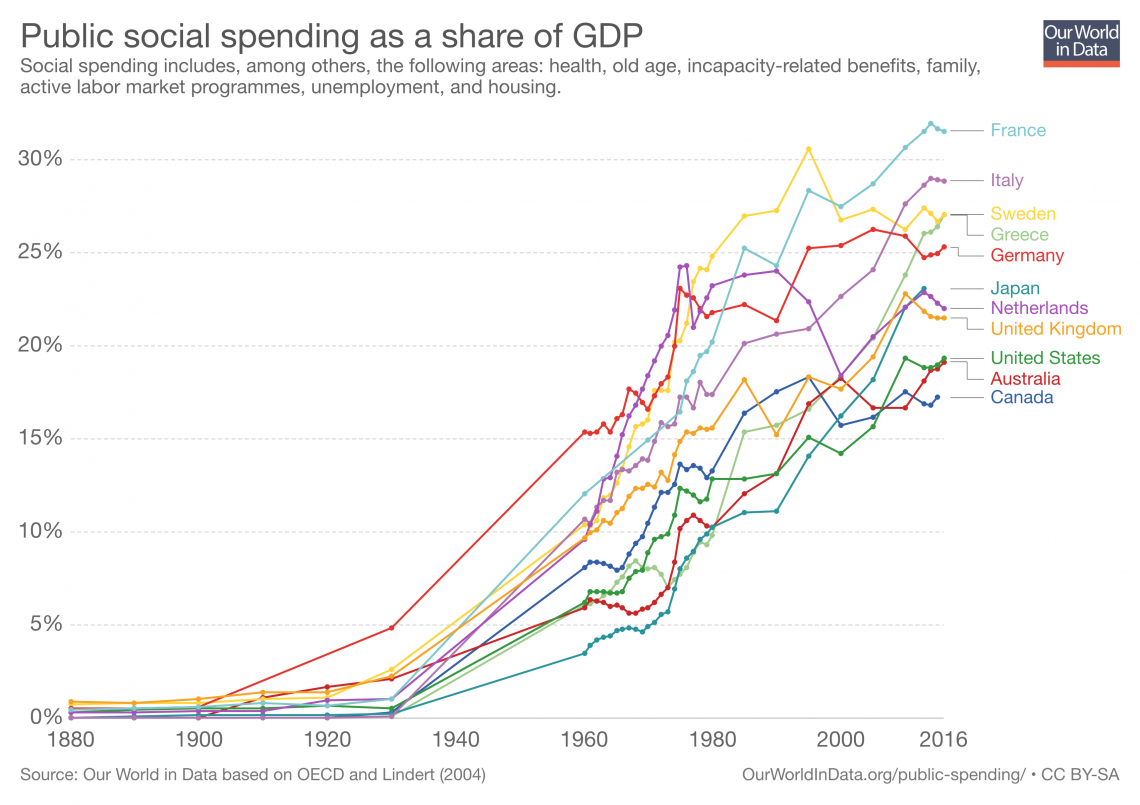 The thing with getting isht for free is that we don't value it. And when you don't value something, you're more than happy to give it away. Also, the longer you've received said free isht the greater your sense of entitlement. Why, of course, I should have it. What? I have to pay for it? You kidding me?

And here's the worst part.

It makes you weak, flaccid, and intellectually dim. It's like for years they've been giving cookies away for free and now a few are warning of obesity. Trouble is a lifetime of conditioning won't be changed without pain. Probably a lot of pain. 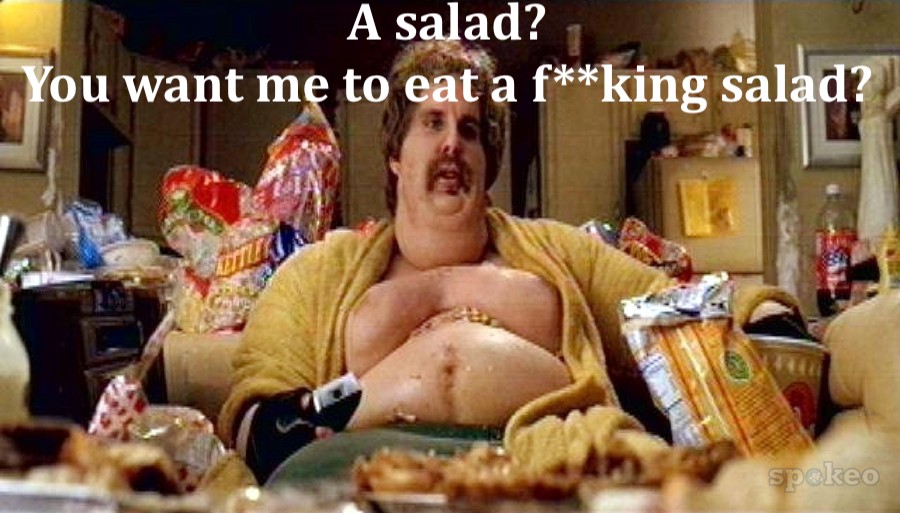 Now, let's turn our attention to Eastern Europeans, who, for their part, no longer look like they just walked off the set of Schindler's List. Yeah, I know there was a time when they looked like that. Marxism has that effect on anyone that gives it a whirl for long enough.

But not today. Nope. Today life is better. What's more, they don't want to go back because they can remember what that looked like.

Well, when that little German with the pedo moustache was defeated, Eastern Europe wasn't so lucky. Instead, they fell under the grip of the USSR.

That destroyed them, as Marxism always does and always will do. And it wasn't until the fall of the Berlin Wall in November 1989 that the tide changed for them. That's just 29 years ago.

Your average Eastern European today remembers. It was their parents or grandparents who suffered and fought for what they now have today. In other words, it's still fresh enough in society's memory, and, by God, they're not going to give away what they have been working for.

And yes, I know Eastern Europe is littered with corruption. Hell, some of these guys are almost as crooked as the Clintons. I'm interested in where they are relative to where they have been.

Sadly, I fear Western Europe, with all its splendour, will end up building shoddy ghettos with spit and duct tape... because they'll not afford much else. Kind of like the same situation you find in the Mid East and North Africa, which is where all the refugees are fleeing from. Ironic? Yes.

Can It Be Stopped?

Remember what I started this essay with? Shirtsleeves to shirtsleeves in 3 generations. And a 90/10 probability. Not great odds, I'm afraid.

The pushback I promised was coming is gathering force today.

It was nearly 2 years ago now that I pointed this out when discussing "the silent majority":

While afraid to say so publicly how many in private think: is it not time to bring in the military, round them all up, put them on a ship with a jammed rudder and aim it at North Africa?

With no end in sight and the PC infested establishment refusing to acknowledge, let alone deal with the issues, the zeitgeist silently but rapidly shifts towards those who promise to do something -no matter how ugly or violent it may look.

So the pushback is coming. The question is, is it too late?

Have you asked yourself the question why it is that Social Justice Warriors are to be found predominantly in the West where socialism is increasingly popular?

In an earlier article about rights and responsibilities I wrote the following:

The West is educating and grooming generations of useless, bedwetting, irresponsible intellectually vapid children (because, despite their age, that’s what they are). And lacking from this tsunami of the cotton-wool-clad crowd is ANY responsibility. Try foist it on them and they screech “triggered” and retreat to a “safe space”.

So pray tell, what happens when a real crisis hits? When the sovereign debt bubble bursts and the socialist systems that have been built on this funding mechanism (sovereign debt markets) and which are completely expected to simply provide for these “children” rapidly run out of funding?

Try explaining to these “children” that a mere 1% rise in bond yields could trigger a bond crisis the likes of which we’ve never seen before in our lives. And try further explain what this means to all their “rights…” and you may as well be talking to your dog because intellectual rigour is not something they’ve ever been exposed to.

Instead, they’ve spent their lives ensuring they’re shielded from it. The inescapable logic that being “two-spirit” could (and will) be rapidly superseded by the need to fill one’s belly is indeed entirely missed.

I’ll tell you what happens next. We’ve the most fertile grounds you could imagine for tyranny because you know what? There ain’t gonna be nobody strong enough to stop it happening.

The reason Social Justice Warriors are a phenomenon of the West is, I believe, because of the concept I've just outlined. They're not to be found in Eastern Europe, Asia, or Africa. Ask yourself why that is.

Heading deeper into "ooh Chris, don't go there" territory, a good friend of mine and I were recently discussing this. The reason, or at least one of the contributing factors, I think as to how it is that Jewish people have continued to be (on a percentage basis) wildly successful is this:

They've rarely been allowed to rest. To stop, grow fat and lazy. There has been a repeated pressure and risk for them. This may also explain why they tend to be close knit. You need that. They keep being forced to be very aware of complacency. We, fat, lazy Westerners, should take heed. Takeaways?

My favourite candidate in the pot? Probably Poland.

Have a great weekend.

"Ease is a greater threat to progress than hardship." — Denzel Washington

Liked this article? Then you'll probably like our other missives on