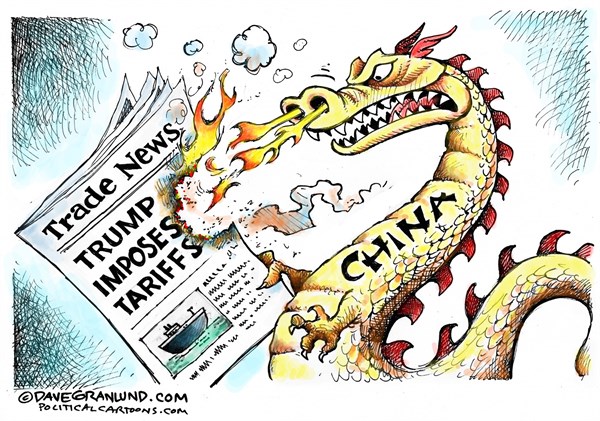 Our Government is barely functioning and the President spent yesterday afternoon lying to the "failing" NYTimes - in an interview with a paper that employs fact-checkers.  Trump talked about repealing Obamacare, Building a Wall to stop the flow of drugs, funding the military, appointing Secretaries, China's Trade Deficit and his poll numbers and NOT ONE thing the President said was actually true - NOT ONE THING!!!  Not only that but the Trump Administration has backed themselves into a corner with China and, with one month to go - Trump will have to accept an even weaker deal than new Nafta simply in order to avoid looking like he was completely defeated in "The Art of the Deal."

As noted by the "failing" NY Times, Trump's whole take on the Trade War is complete and utter BS as the tariffs he is "imposing on China" are nothing more than a tax on the American people and, if Trump expands the tariffs, as he is threatening to do - it will be nothing more than a $125Bn tax increase on US Consumers in order to pay for the Billionaire Tax Breaks he has given out to his friends and family.  One has to wonder whether Trump WANTS a deal with China - I think he wants the tax money more:

Tariffs imposed on imports of foreign goods do not mean another country is paying the bill. The costs are largely passed onto American companies and consumers.

Tariffs generated almost a third of all federal revenue in 1915. In the 2016 fiscal year, the Treasury Department collected $35 billion in tariff revenue.

8:30 Update:  Apparently though, America doesn't need a working Government or a truthful leader as we added 304,000 jobs in January - despite the Government shutdown. That likely means the Fed is making a HUGE mistake in easing off on rate hikes as job numbers like these can quickly lead to inflation - but at least it's the good kind, caused by putting more money in workers' pockets. 304,000 jobs is almost double the 180,000 expected by leading Economorons BUT, be careful as last month was revised down by 90,000 jobs - from 312,000 to 222,000 and one could imagine how a dishonest President who surrounds himself with a staff that already has 6 convictions with another half-dozen indictments in progress (that we know of) MIGHT have lied about last month and MIGHT be lying about this month too - in order to escape criticism over the shutdown. 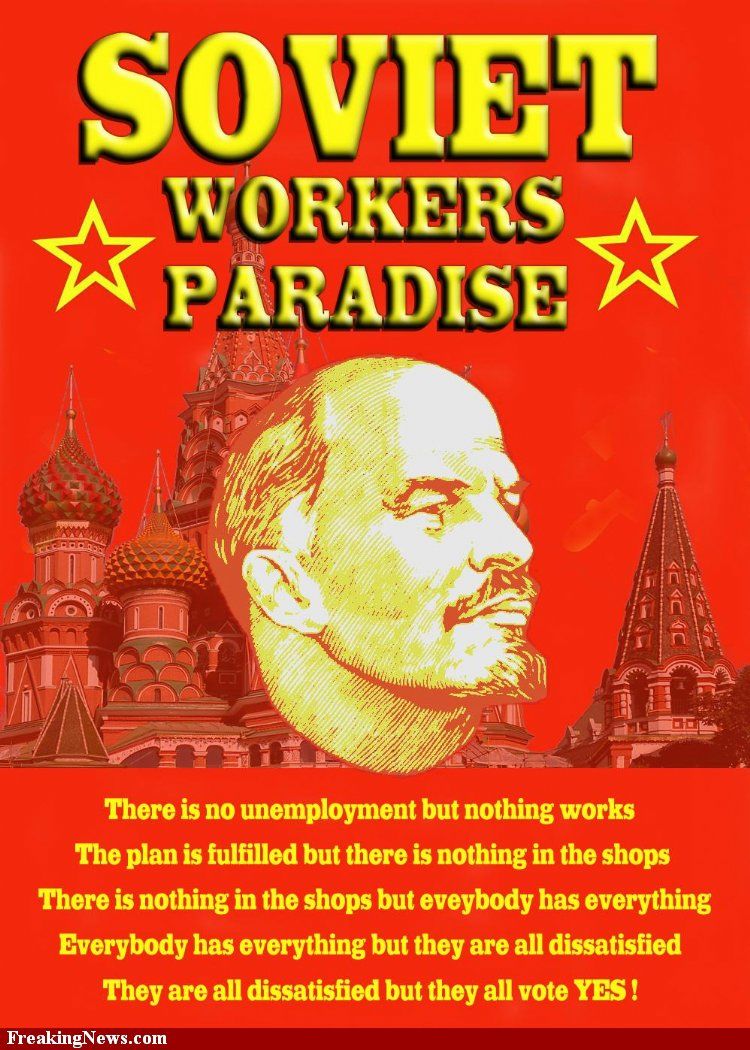 Still, until we can prove it to Fox New's satisfaction, we can keep pretending that America is a magical land where you can furlough 800,000 workers and the economy IMPROVES!  The Soviets used to say Russia was a "Workers Paradise" so often that people actually started to believe it and that is the GOP/Fox strategy - they endlessly repeat their talking points until you begin to forget what the truth actually is - even when you are the one suffering from their lies!

Now I like living in an Orwellian Dystopia as much as the next prole BUT we are also investors and investors are supposed to want to know what the truth actually is so we can make proper investing decision.  President Trump's Attorney insists that "Truth isn't Truth" where everyone can have their own version of the truth that's just as valid as everyone else's and even a jury of your peers isn't qualified to decide what's true - that's something only the President is allowed to do.

Sure, if you are a Republican and you heard that kind of nonsense coming out of Russia, you'd be outraged and you'd want our country and NATO to intervene and help free the Russian People from the Authoritarian Oligarchs who took over the country, raped it's resources and robbed it's wealth.

However, Trump is your Republican President and he's one of our Oligarchs with a Cabinet of other Oligarchs and the resources they are robbing and the land they are destroying is our land and we don't like NATO anymore, or the UN but we do like Russia and the truth was never the truth anyway... Right? 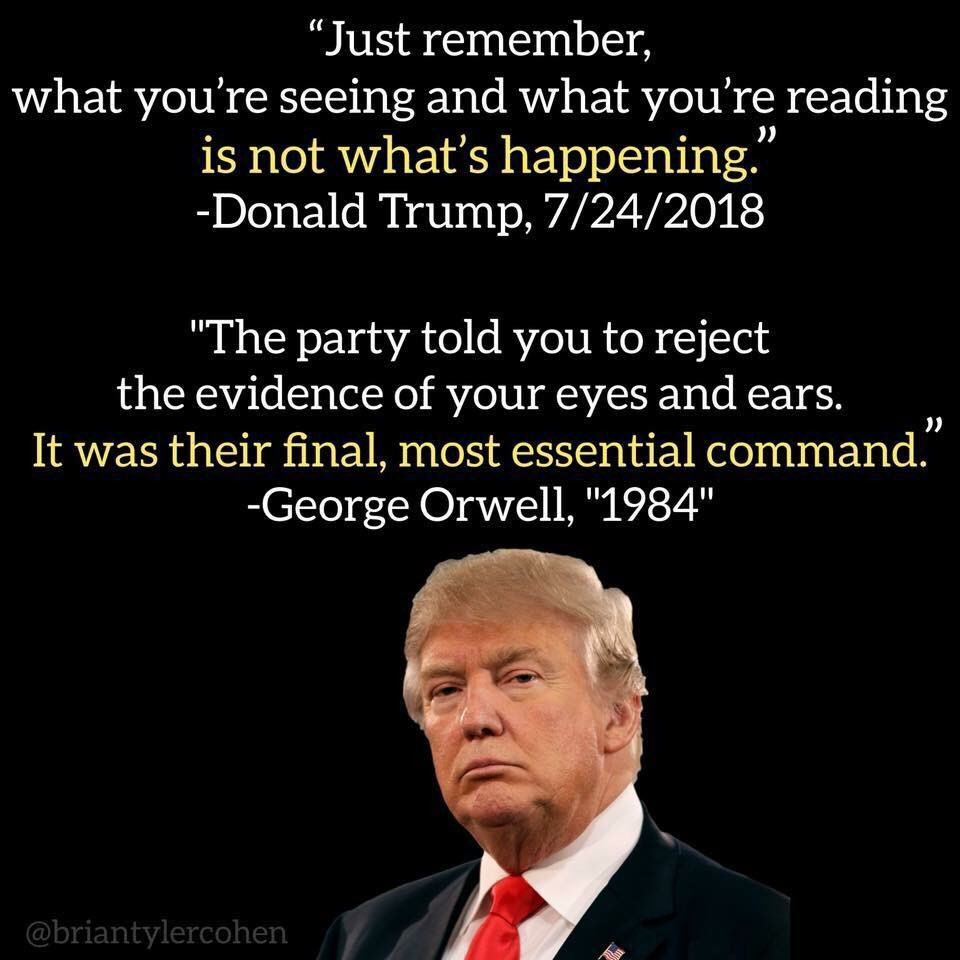 SOMEHOW, we have to sort through this endless BS and figure out what's happening and, for that, we need to ignore the noise of the short-term data (especially when it can be exaggerated by 50%) and look for EVIDENCE of how things are actually going.  Average Hourly Earnings, for example, slowed to 0.1% growth from last month but are still up 3.1% from last year and, as I said above, that's actually a good thing for the economy, though not so good for Corporations - who have to pay those wages.

The Corporate CPI is up just 2.2% from last year so, as a FACT, the prices they command is losing ground to wages at a 33% pace.  That's going to impact earnings going forward and, with 35% of the S&P reporting Q4, we're already seeing earnings growth slow down to 2.3% with REITs, Materials and Utilities all going negative and no growth from Financials (0.2%) while Energy (6.4%) and Industrials (6.1%) are the biggest stars and both of those sectors can drag on the economy if they demand too much money from the Consumers.

So the truth is that we have a mixed picture and, despite our Glorious Leader telling us how GREAT he is making America again (the delayed State of the Union will be Tuesday at 9pm with the Orwellian theme of - and I am not joking - "UNITY!"), we will have to look at the data (the data we can trust), and make our own decisions, much like the President is now making his own decisions on our Nation's Security. 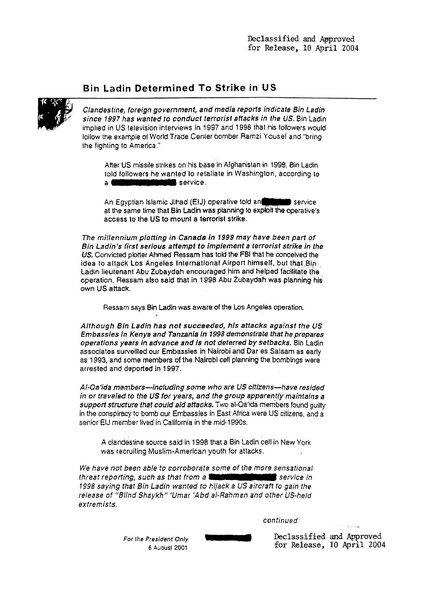 Since Trump didn't like what his own Intelligence and Security Department Heads said about his asinine policies when giving their annual briefing to Trump's own GOP Senate, he has CANCELLED his Daily Intelligence Briefing and will just wing it - much the way George W Bush winged it when he ignored this Briefing on August 6th, 2001, which was titled "Bin Ladin Determined to Strike in the US."  The brief warned, 36 days before the September 11 attacks, of terrorism threats from Osama bin Laden and al-Qaeda, including "patterns of suspicious activity in this country consistent with preparations for a hijacking" of US aircraft.[1]

Bush didn't even skip that briefing, he just decided his vacation was more important than National Security.  Being the President is an important job (I know, shocker!) and you can't just do it when you feel like it or only when your Department Heads are willing to parrot whatever you want them to.  Sometimes news is unpleasant and sometimes you have to do things you don't want to do for the good of the people and... Oh who am I kidding?  Is there anyone out there still left who thinks Donald J Trump is doing anything for the good of the people? 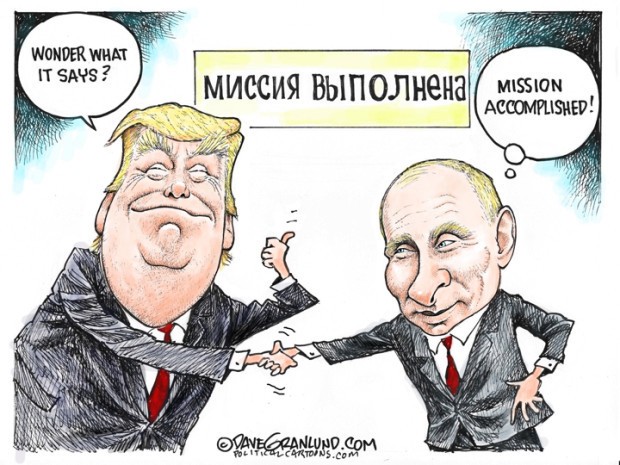 Putin Puppet is a strong word, but it gets 3,640,000 results in Google while Putin Pawn only gets 760,000 hits.  Putin Pawn lands Trump in the hall of shame, next to George W Bush as, very possibly, the worst President in our country's history while Putin Puppet or Russian Agent, on the other hand, may well land Trump in jail.

Google has the odds running about 5:1 in favor of Putin having a hand right up Trump's ass and pulling the strings to make Trump do and say whatever it is that advances the Russian agenda but we're hoping the Mueller investigation shows that Trump is merely a pawn, just a semi-senile, power-obsessed racist who is being manipulated by the Putin Puppets he surrounds himself with.

Let's hope for the best!

P.s. If you missed Phil on Money Talk, here's the video.