THE MASSIVE 46 STORY TALL STRUCTURE: The Penasquito Mine Tailings Dam

The colossal Penasquito Mine's tailings dam will reach a stunning height of a 46 story skyscraper over the next decade.  That is, if the mine reopens and is allowed to continue business as usual.  Newmont-Goldcorp suspended operations at Mexico's second largest silver mine on April 29th, due to a blockade stemming from issues with the local community in regards to water supply concerns and problems with a trucking contractor.

After I published my article, MORE TROUBLE IN MEXICO: Second Largest Silver Mine Suspended Operations, I did some research on Penasquito's tailings dam, and when I saw a photo of the dam, I was literally shocked by its massive size.  I never really gave it much thought about where all the waste ended up after the processing of ore was finished.  It's a typical problem we all deal with today, OUT OF SIGHT, OUT OF MIND. 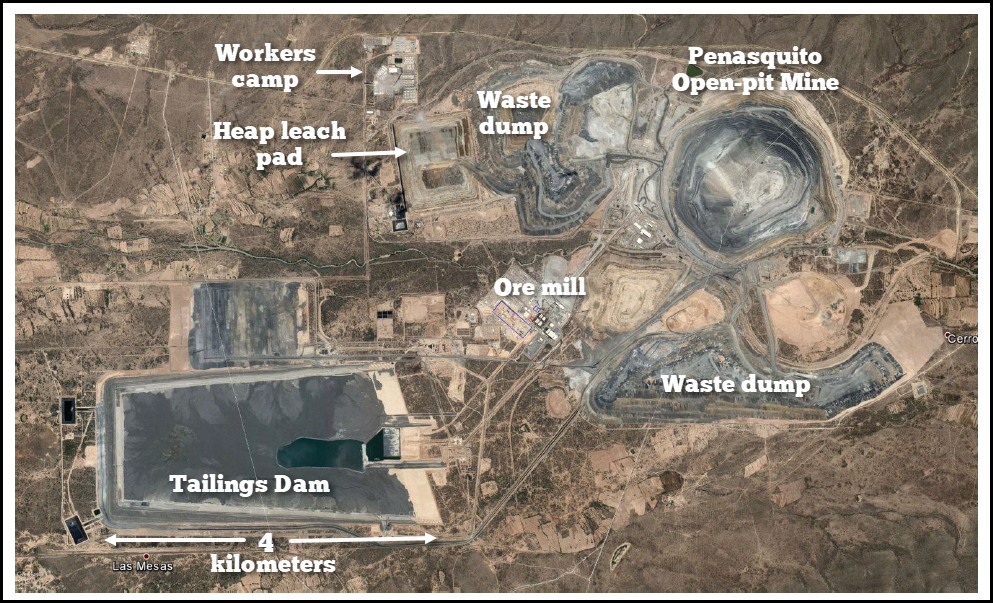 As you can see, the tailings dam is 4 kilometers long compared to the Penasquito open-pit mine, which is about half its size.  However, this layout doesn't give the epic scale of the tailings dam justice.  According to the images in Goldcorp's 2018 Tailings & Mine Waste Conference PDF, and data from the company's Feb 2019 Penasquito Mine Tour Presentation, the tailings dam is currently 85 meters tall, or nearly 280 feet in height: 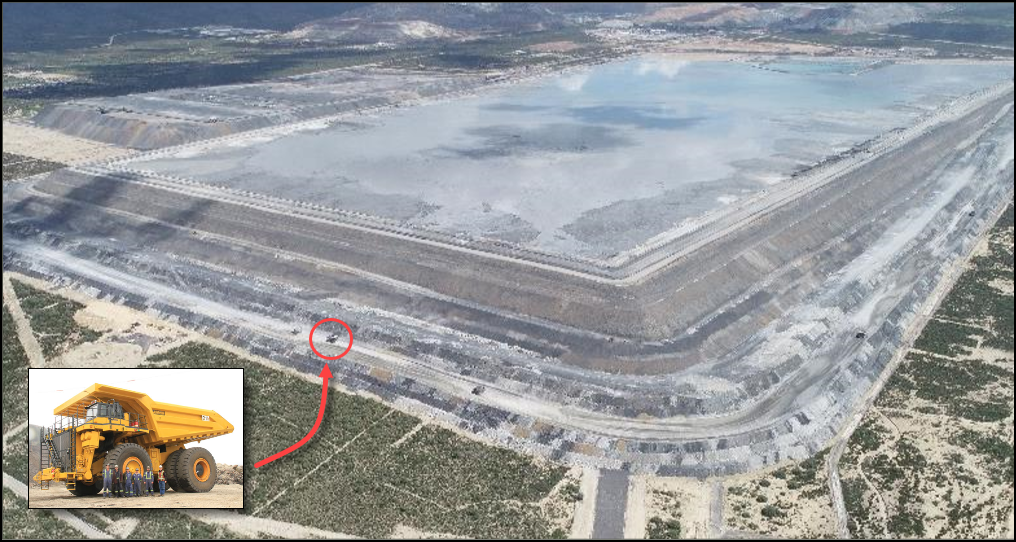 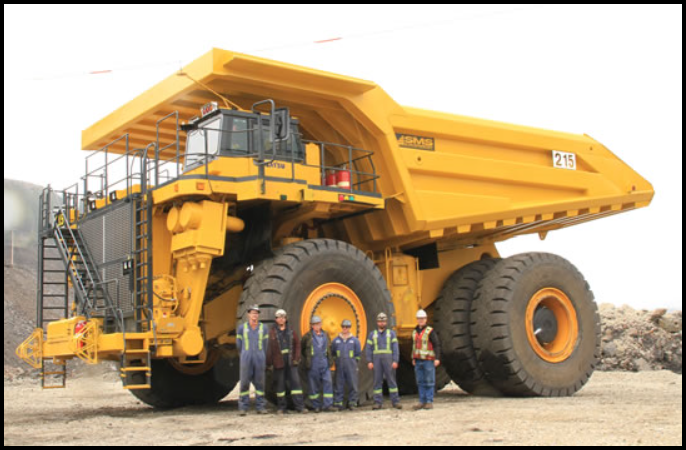 So, can you imagine the astronomical number of truckloads that it has taken to build up Penasquito's tailings dam to 280 feet??  Here is another picture of the tailings dam with four haul trucks on the mid-level access road. 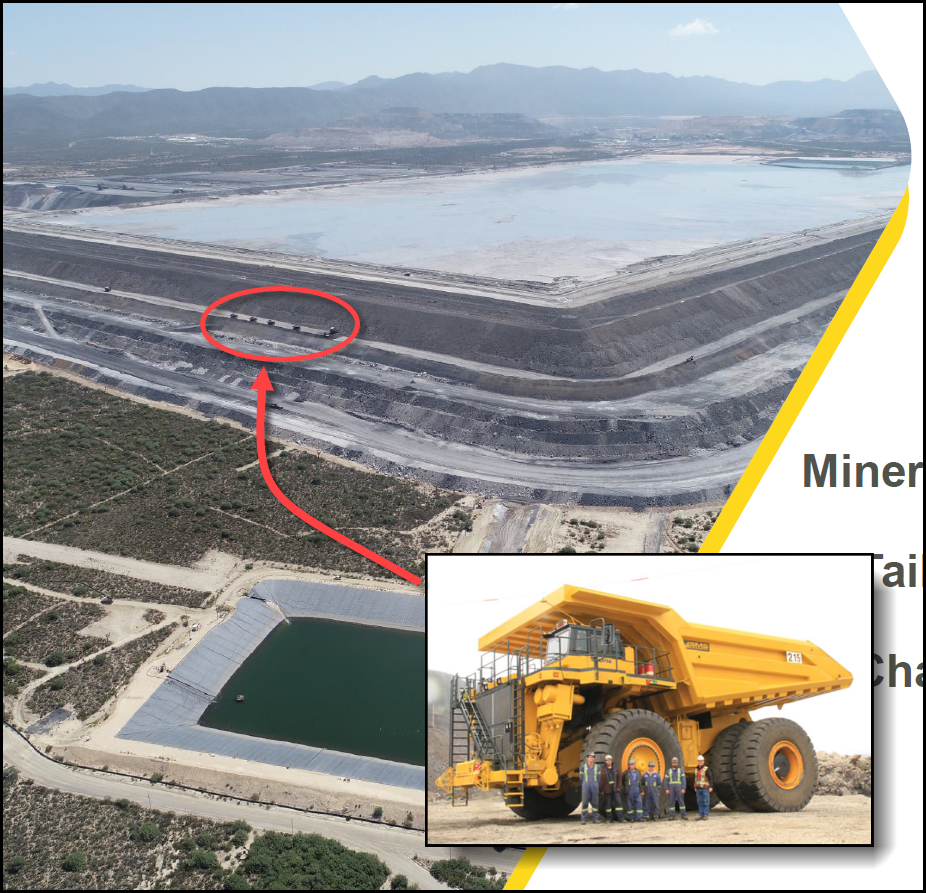 Because Penasquito's Mining Operation can process upwards of 130,000 metric tons of ore per day, it doesn't take long to fill the volume held in the tailings dam.  According to the data in the reports and presentation listed above, the tailings dam at Penasquito will rise approximately five meters, or 16-17 feet per year.  The ultimate height of the tailings dam by 2029 will reach 142 meters, or a stunning 462 feet.

That is an amazing monumental man-made structure just to hold the toxic waste from a low-grade gold-silver mine.  I have one more picture to provide another view of one of the sides of the tailing dam with two pieces of earth moving equipment: 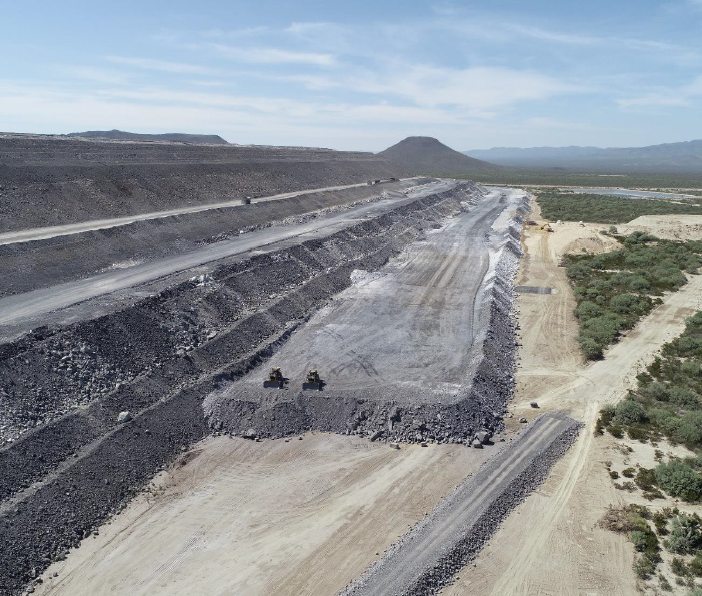 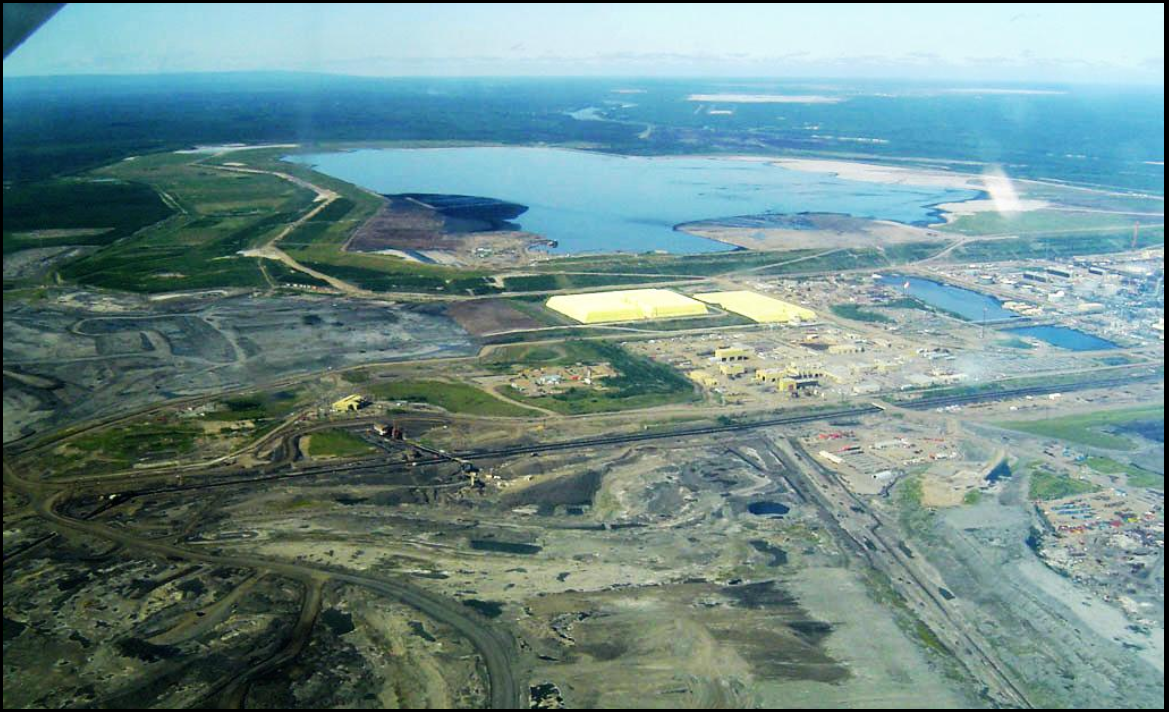 The data for the Syncrude tailings dam is from 2001.  I tried to find updated information, but couldn't.  However, the Penasquito tailings dam is also 12 kilometers around and is presently 280 feet tall.  But, as I mentioned, it's ultimate height will be 142 meters or 462 feet.  Just how big is a 462-foot tailings dam?  Well, here are a few buildings and iconic structures as a source of comparison: 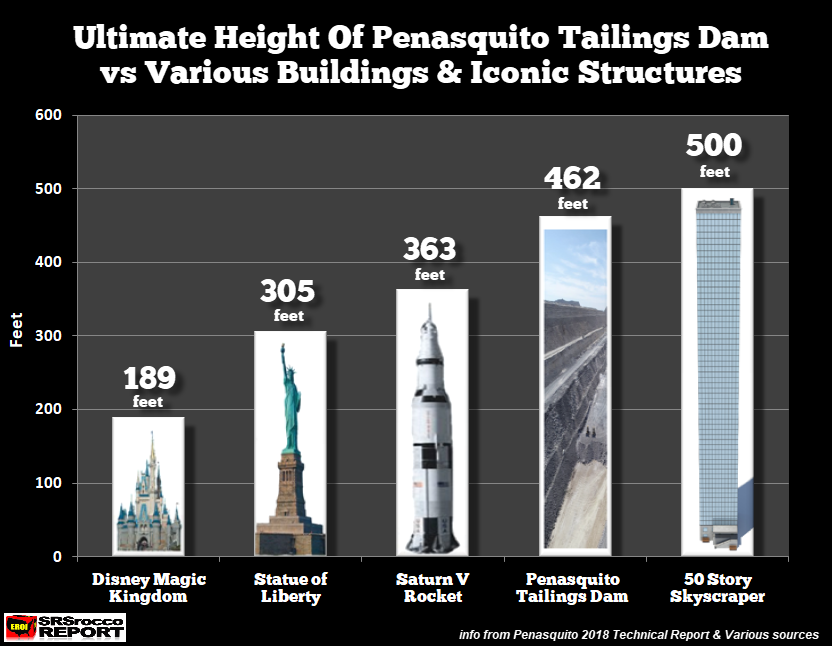 Again... a truly unbelievable massive man-made structure just to hold waste from a lower grade gold-silver mine.  Now, think about the tremendous amount of fuel consumed to build and raise the tailings dam.  This is the cost of doing business, and a portion of each oz of gold and silver that is sold from the Penasquito mine must pay for this massive structure.  Thus, the Falling EROI - Energy Returned On Investment for gold in this mining project is quite similar to what is taking place in the U.S. Shale Oil Industry.

If we were to consider ALL THE  ENERGY, in ALL FORMS and ALL STAGES that it took in the production of gold and silver at Penasquito, energy is the number one factor. And yes, that includes human labor, which is another form of energy.  For example, even if you consider the capital investment to purchase the 85 Komatsu 930E haul trucks, the majority of the cost was due to the burning of energy and labor.  While Newmont-Goldcorp states the Komatsu 930E haul truck as a "capital cost" on its balance sheet (not as an energy cost), if we go all the way back to its origin, it was the total sum of energy in all forms and in all stages that gave it its real value.

And think about the energy-labor it took to build the Great Pyramid of Giza that is now 455 feet high (originally 480 feet tall).  Now, compare that to the ultimate height of the Penasquito Mine of 462 feet: 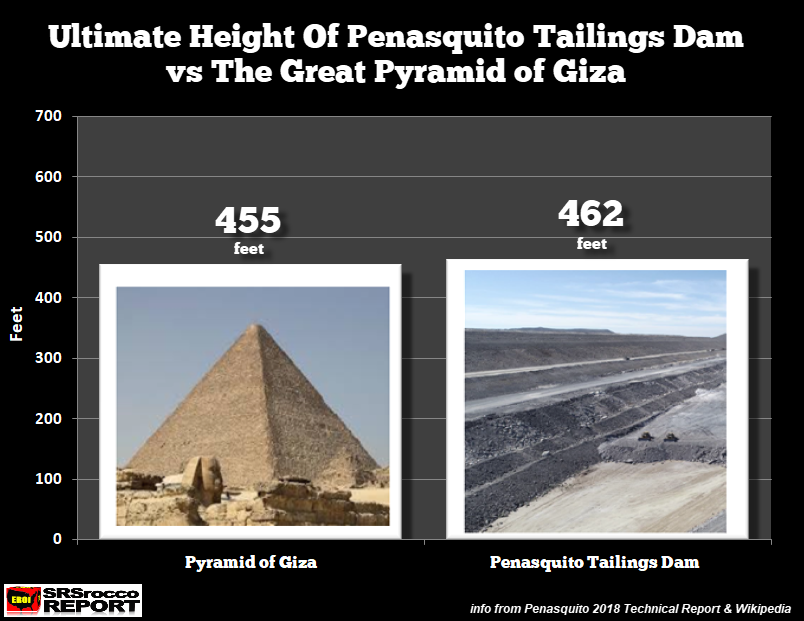 Furthermore, the Pyramid of Giza that is 230 meters (755 feet) wide at the base is 17 times smaller than the Penasquito tailings dam which is 4 kilometers long on one side... LOL.  While the Egyptians built their pyramids for the glory of their rulers and their gods, the workers and engineers at Penasquito built their massive tailings dam structure for waste disposal.  Gosh, what a world we live in today... ah?

In conclusion, to continue producing gold today, the industry was forced to move to lower quality ore grades.  The Penasquito Mine gold yield of 0.24 grams per ton last year was five times less than the top gold miners average yield in 2017.  Thus, the very reason they had to build the Tailings Dam to the Gods.

Fortunately, at some point, these sort of MEGA-BOONDOGGLE-PROJECTS will go extinct along with the notion that we can have exponential growth on a finite planet. However, those who were smart enough to stash away some of this very difficult and hard to produce GOLD & SILVER, will be glad they did when the next Great Financial & Economic Storm hits.