Due to Mexico's Ministry of Health issuing an Executive Order for the immediate suspension of non-essential activities until April 30th, the mining industry in the country has now come to an abrupt halt.  The mining industry was hoping for an exemption to the Executive Order, but was not granted one.  So, companies are now suspending production and putting their mines on care and maintenance. 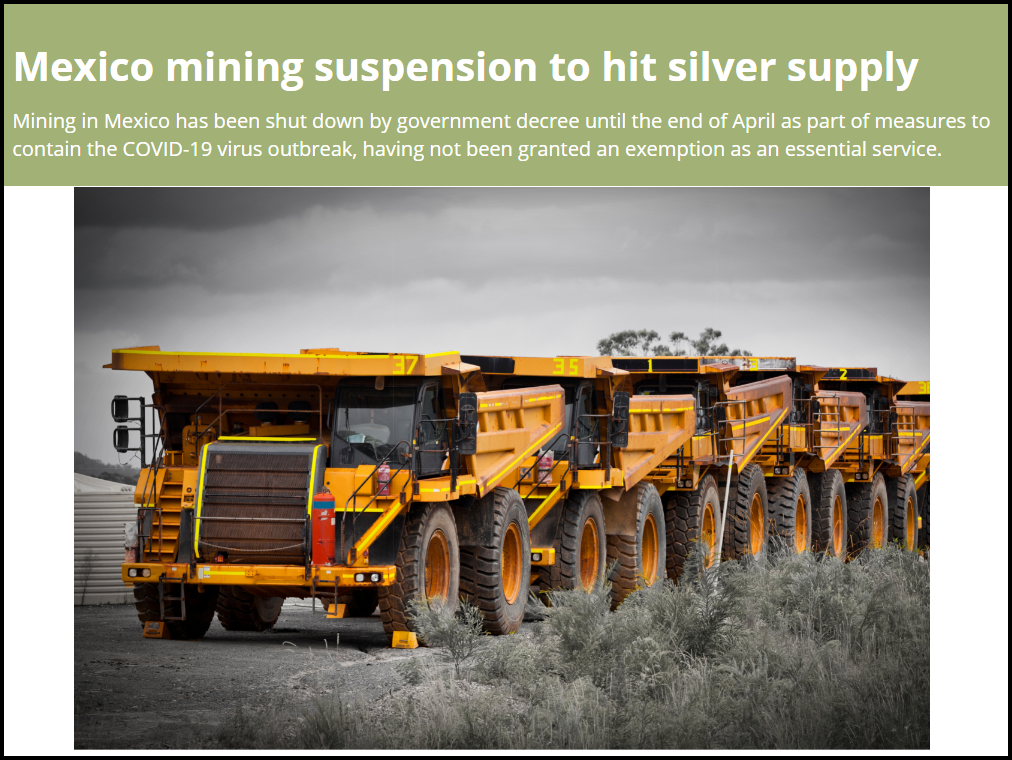 According to the article on the Mining Journal website, Mexico mining suspension to hit silver supply:

Under the government decree, non-essential activities are to be suspended immediately until April 30.

The decision is expected to have a significant impact on the supply of silver at a time when demand for silver coins is high. Mexico is the world's largest silver producer at some 23% of world production and produced more than 200 million ounces in 2019, up from 196.6 million ounces in 2018.

With Mexico shutting down its mines, including the continued closure of Peru's Mining Industry announced on March 15th, nearly 40% of global silver production is offline.  Peru's government stated that the national quarantine would last 15 days.  However, we have passed that point, and there is no announcement of a return back to work.

Here are the top ten silver producing countries in the world in 2018: 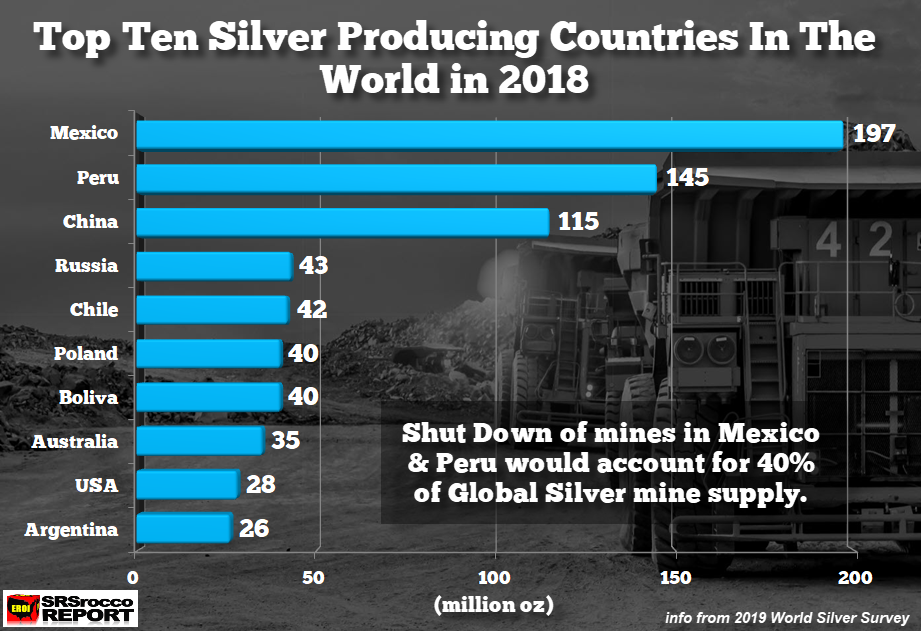 Today, Newmont and Pan American Silver announced closures of mines in Mexico.  Newmont is now ramping down production at is massive Penasquito Mine, which produced 18 million ounces of silver in 2018: 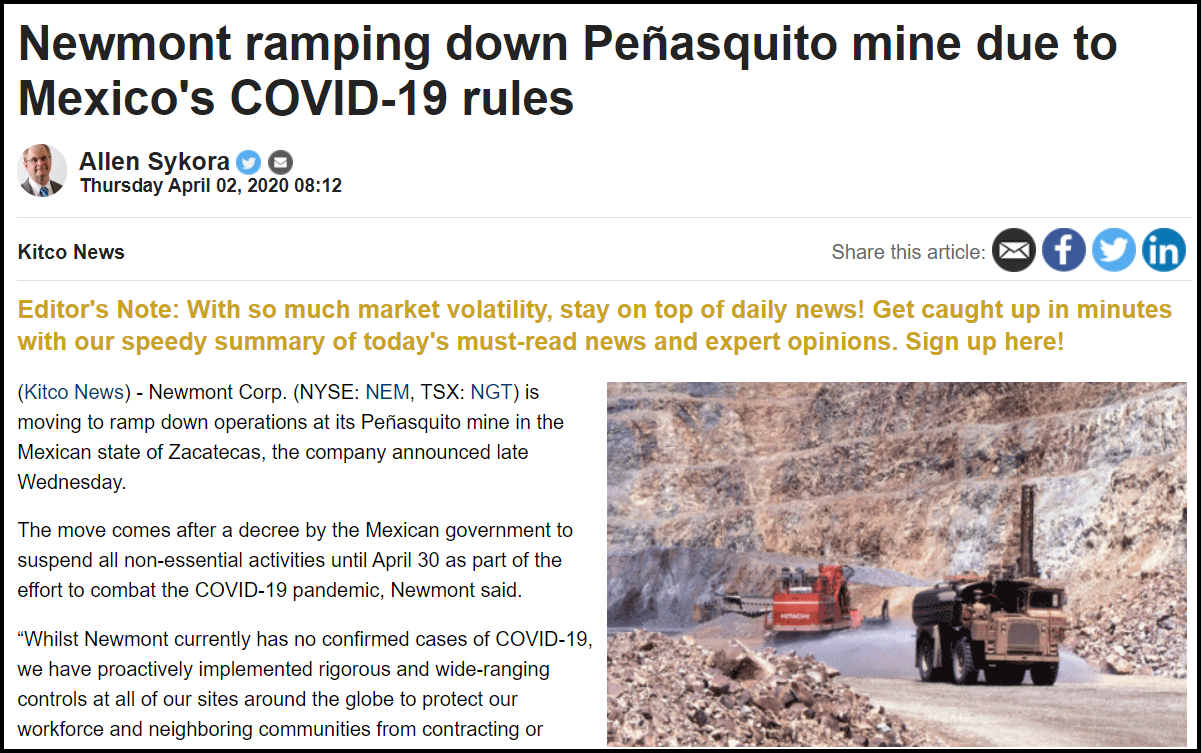 Also, Pan American Silver announced the shutdown of its La Colorada and Dolores mines in Mexico.  These two mines produced 13.3 million ounces of silver in 2019:

As we can see, the mining industry is now being shut down due to the global contagion.  It will be interesting to see when Peru's government announces a return to work policy.  Again, it has been more than 15 days since Peru announced a national quarantine with no indication yet of a return to work.

With Mexico, the largest silver producing country in the world now on lockdown, the collapse of global silver mine supply is underway.  The shutdown of silver mines throughout the world is taking place when investors are buying a record amount of physical silver bullion.  This has now become a PERFECT STORM for the silver price going forward.