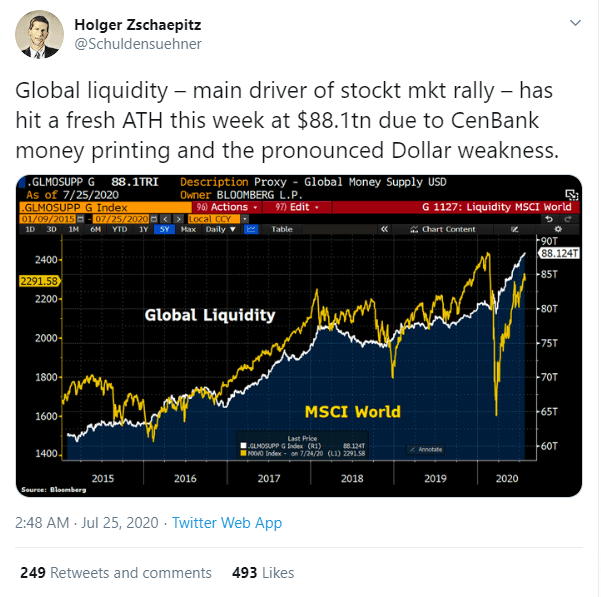 I included the tweet pictured nearby, by Holger Zschäpitz, in my previous post ("Letting The Fed Be Your Friend"). The gist of that one was that the flood of dollar-weakening liquidity was bullish for precious metals names, so it was unsurprising that four of them appeared on Portfolio Armor's top ten names as of Friday's close. 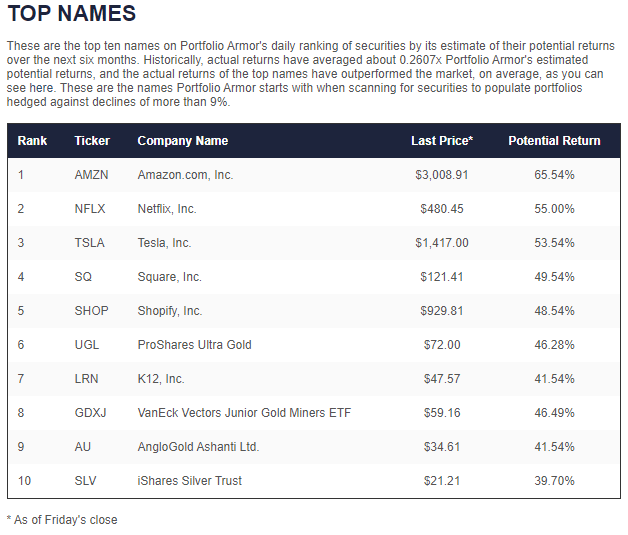 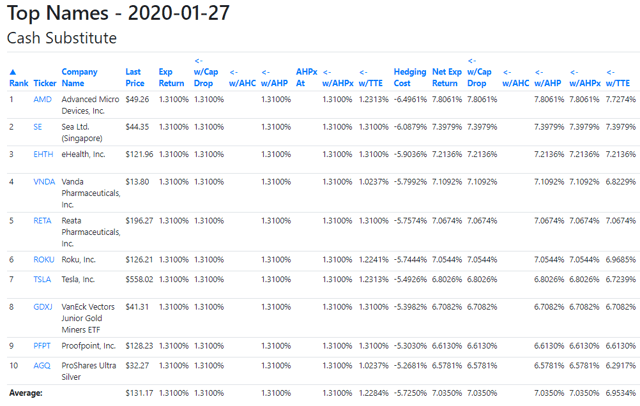 And here's how those names performed over the next six months:

Given that recent performance, we've been paying closer attention to this signal.

Our Top Ten Names From Monday

These were our top names as of Monday's close. 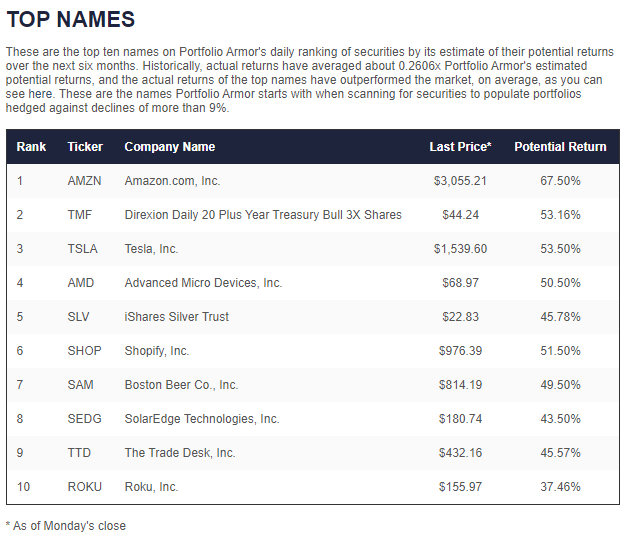 As you can see, TMF was our #2 name, slotted between Amazon and Tesla. Only one of the precious metals names, SLV, remained on the list from Friday.

Why TMF Appearing There Is Inauspicious

Precious Metals names appearing in our top ten suggests options market participants are betting on a continued expansion of Fed liquidity leading to a weaker dollar. All else equal, that would be bearish for Treasuries. So why are options traders betting on TMF spiking higher? My guess is they're buying it as a hedge against another market crash happening over the next six months. Recall how TMF did when SPY tanked earlier this year.