The “I’m an Accountant” Stock Market (and Sentiment Results)… 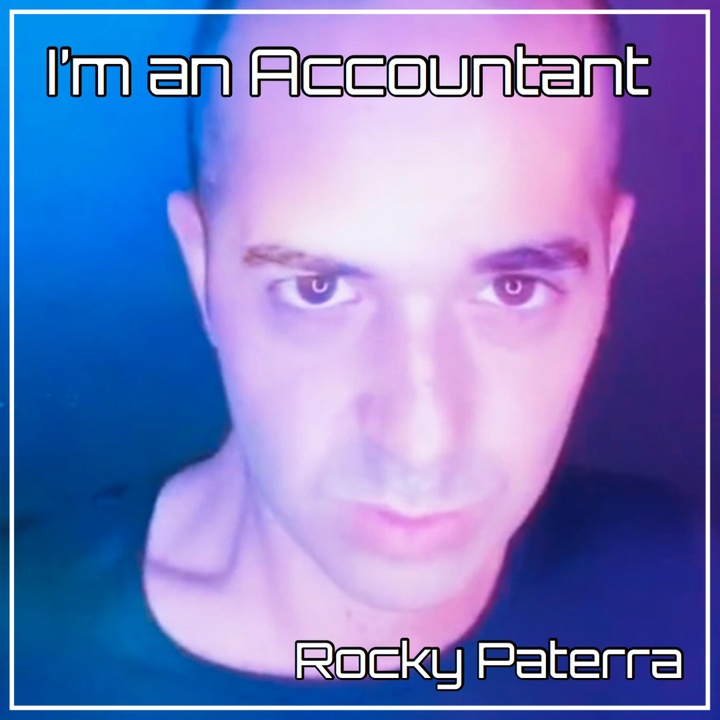 With the four major banks reporting earnings in the past 48 hours, the song that hit the mark for this week’s note is “I’m an Accountant” (by Rocky Paterra).  This has been trending on TikTok for several weeks:

I could empathize with this actor – who got tired of answering questions when people asked him “what do you do?”  In our business, we say, “portfolio manager or securities analyst” and no one outside of finance knows what the hell we are talking about.  I think Rocky got it right by keeping it simple and saying, “I’m an Accountant!”

So before we get thrown off course by the talking heads that say “banks are bad” because the market was down for a couple of days, let’s do some “accountant-like” things and actually look at the facts/numbers.  The Cliff’s Notes version is that earnings results for the banks could not have been much better:

So while earnings and loan provisions largely beat expectations, net interest income remained under pressure.  While this will flip overnight when the vaccine (or full treatment) is announced, for now, it is a pain point.  No pain, no gain… 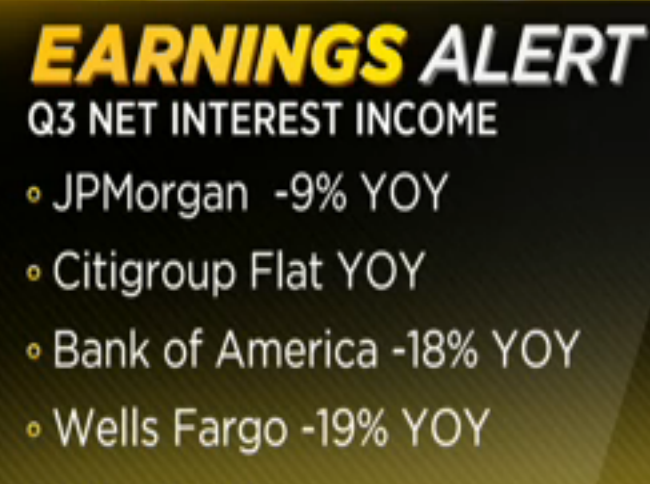 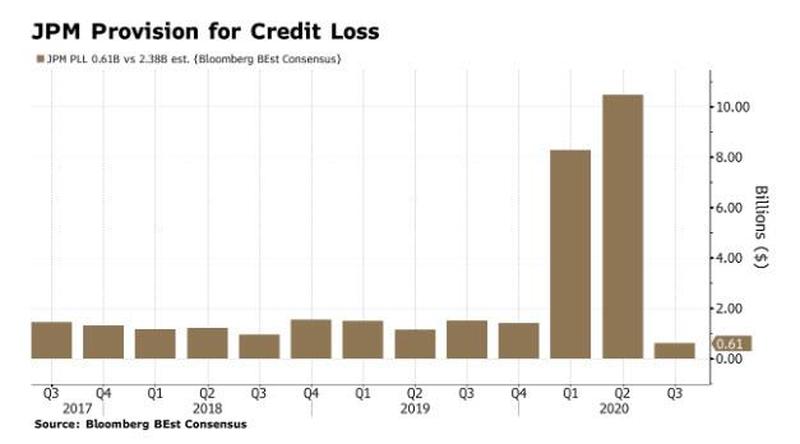 Citi CEO Michael Corbat, “Today, we are factoring in a downside scenario that is more adverse relative to our base case. For example, we are incorporating a more significant deterioration in U.S. GDP growth rates, which is now close to 9% lower than our base case in 2021 versus our second quarter outlook that was only 1% lower than the base case.

So all else being equal, if the management adjustment had not changed, we would have seen a reserve release of roughly $500 million in the quarter. Looking at the level of reserves we hold today, we believe that we’re well prepared for expected credit losses, having reserved for something worse than our base case. And given the lifetime nature of the CECL methodology and the conservative nature of our management adjustment, it is now more likely than not that we’ll see reserve releases and our ACL come down in 2021 to offset future losses as we continue to progress through the crisis, assuming our base case holds.” 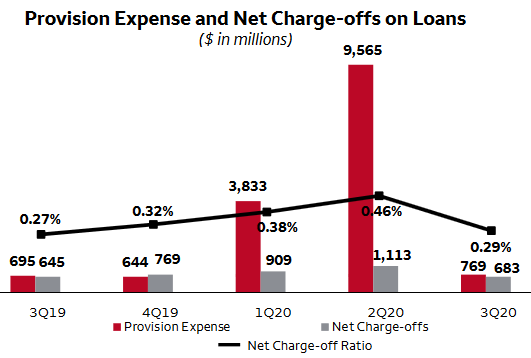 “Over the long-term, (WFC CEO Scharf said) annual expenses can be $10 billion dollars lower, but pandemic-related costs like cleaning fees for enhanced technology systems have so far kept the bank from making meaningful progress in the short term. 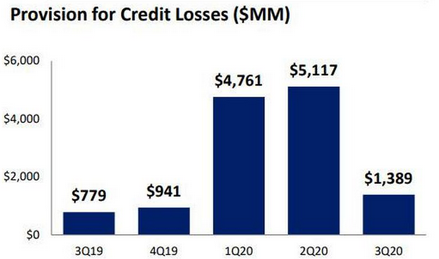 The bank set aside $1.4 billion to cover for credit losses in the third quarter, up from $0.8 billion last year, but below the $5.1 billion it put aside in the second quarter.

On Wednesday afternoon (after earnings), Wilfred Frost of CNBC asked the key question of outgoing WFC CFO – John Shrewsberry, “When will the asset cap be lifted?”  Here’s what he had to say:

OF NOTE: Shrewsberry – who just finished his last earnings call with the company today – was the last executive still around who was employed by WFC during the scandal.  With his departure, there seems to be little logical argument to keep the asset cap in place.

On Wednesday morning (after earnings), Melissa Lee and David Faber of CNBC, talked to former WFC CEO – Richard Kovacevich.  Here’s what he had to say:

Richard makes an important point about the accounting change (CECL) that we’ve been talking about since this summer.  This accounting change was particularly harmful to earnings in Q2 (less so in Q3).  It reminds me of the last mistake that FASB made by voting in “mark to market” accounting rule FAS 157 in November 15, 2007.

FAS 157 destroyed the banks (and economy) over the next 12 months.  Miraculously, the banks recovered overnight in Q1 of 2009 when the Financial Accounting Standards Board (FASB) voted on and approved new guidelines that would allow for the valuation to be based on a price that would be received in an orderly market rather than a forced liquidation, starting during the first quarter of 2009.

So, one could argue with great evidence that a FASB accounting change was instrumental in CAUSING the great financial crisis of 2008, and also instrumental in reversing it in Q1 2009 when they reversed their mistake.

PERHAPS, FASB should wake up, reverse their mistake with CECL and let $20-$30B of excess reserves come back to the “big 4 banks” as earnings RIGHT NOW versus prolonging another crisis that their accounting change helped to create.

So what has changed between this week and last week as it relates to the Wells Fargo thesis?  They not only beat on revenues, but took less credit reserves than even our most optimistic projections:

The yield curve continues to steepen in a direction that historically presages a strong recovery for the Financials:

The long term outlook is still holding at support: 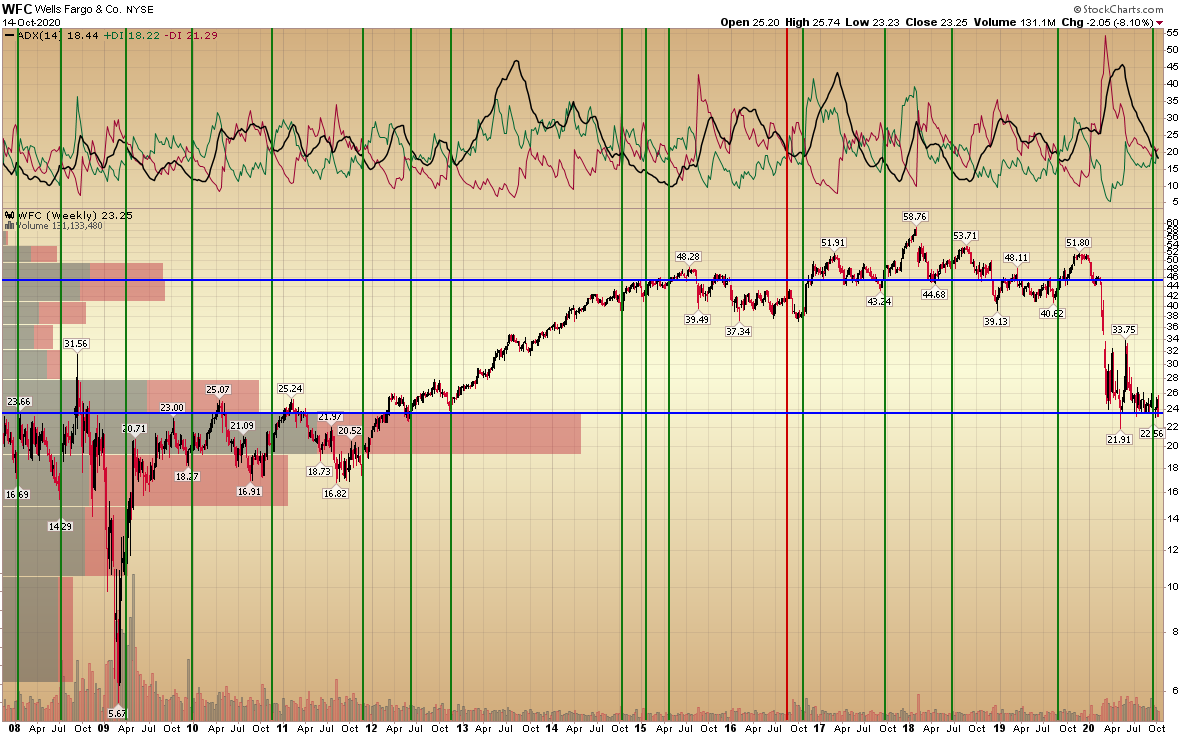 The Cobra Kai, “Sweep the Leg” low is still holding:

On Tuesday we put out our summary of the monthly Bank of America “Global Fund Manager” Survey.  Over 200 managers running >$600B AUM participated in October.  You can review it here:

Here were the key takeaways:

As we saw last week – with President Trump’s record speed recovery from COVID – we could wake up any given morning with an announcement on full treatments, or a vaccine, and the game changes overnight.

In the mean time, we got a couple of short-term delays on the Lily and JNJ treatment/vaccine this week.  The market doesn’t like that Congress failed miserably to get something done on the stimulus front.  And finally, the election outlook and implications change daily.  Expect more short term volatility.

As I’ve covered for the past two weeks, the “Stimulus Package” was nothing but a slow walk exercise to run down the clock into the Election.

Keep on alert for some possible unilateral action by President Trump.  There is well over $300B (approved by Congress and unspent from the first CARES Act) that he may very well release to individuals and businesses in coming days.  There is ample precedent and widespread public support to do so – as many people are still in need due to COVID: (Duke Law)

In the mean time, we are adding marginally to our core bank positions and selectively picking up highest quality energy names on weakness – with a 12 to 36 month view…  Why?  Because we did “the accounting” and the numbers make sense with a reasonable time horizon and a strong gut…