In honor of Black History Month, schools across the Land of the Free are adopting a curriculum that’s being pushed from the organization Black Lives Matter.

Curiously, the “Black Lives Matter at School” curriculum has absolutely nothing to do with history, let alone black history.

Instead, the organization presents an entirely Marxist, ultra-woke agenda.

The first clue is that the website literally states “we engage comrades” through the curriculum’s 13 guiding principles.

One of these guiding principles is “disrupting the Western-prescribed nuclear family structure” to replace it with “villages that collectively care for one another, and especially our children.”

Wait, what? OUR children? Now we’re supposed to award untold influence over our kids to self-described “trained Marxists” ?

But this only scratches the surface of the curriculum.

Under the organization’s “Universal Declaration of Human Rights,” there are lesson plans which endeavor to teach young students about why they should join trade unions when they become an adult.

And they go on to teach that everyone is “entitled to economic, social and cultural help from your government.”

Another teaches “that white supremacy is a fundamental component of our founding documents. The Constitution was not a document to promote democracy, but to prevent it… my students engage in an activity where they see this unfold in the classroom.”

One lesson plan instructs teachers to have their students “Write your own hex poem, cursing… specific people who have been agents of police terror or global brutality” including “small micro aggressions… i.e., people who say ‘all lives matter’. . .”

And they do this with incredibly young, impressionable children who absorb everything like a sponge.

For example, the curriculum suggests instructing kindergarten students that ‘Everyone gets to choose if they are a girl or a boy or both or neither or something else’ as part of ‘freeing ourselves from the tight grip of heteronormative thinking.’

This seems totally appropriate for a five year old!

To be fair, some of the curriculum is grounded in good intentions. They teach kids that everyone has a right to be themselves, and that discrimination is stupid. Those are great lessons.

But the way they cram it down everyone’s throat is appalling.

For example, one curriculum resource was written by an individual who self-describes as a “queer disabled autistic nonbinary femme writer and disability/transformative justice worker.”

This is what passes for credentials these days.

It almost reminds me of those silly royal titles that monarch’s use. In Game of Thrones, Queen Daenerys self-stylized as “Queen of the Andals and the First Men, Protector of the Seven Kingdoms, the Mother of Dragons . . .”

Now it’s “Queen of the Bolsheviks, first of her name, rallier of woke mobs, Arch-Tweetress of problematic vocabulary, Lord-Commander of the social justice warriors, vanquisher of the cis-male, and defender of the nonbinary femmes.”

This curriculum teaches young people that you gain power in our society– not through accomplishments and deeds– but by gathering more titles of victimization. More titles means more power.

The propaganda and indoctrination starts in kindergarten and continues for 13 years.

And you might think when you reach university you can finally acquire a real education.

You pay $70,000 in annual tuition, for example, to attend one of the top schools in the world, Princeton University in New Jersey.

And what greets these students seeking a higher education?

First off— Princeton has a “Social Contract” now that students must sign, obliging them to nearly three dozen requirements ranging from obtaining a flu shot, to not leaving Mercer County until the end of the semester, to ratting out fellow students who do not comply.

But perhaps the most ridiculous development yet was when the school newspaper ran a ‘Dear Abby’ style column last month from a “sexpert” explaining how students should engage in sexual intercourse in the age of COVID.

The article advises students to abandon physical contact altogether, and instead use remote sex toys that can be controlled through online apps.

Obviously they haven’t heard the news that such sex toys have been hacked, and users’ private parts were literally being held for ransom by hackers.

The “sexpert” goes on to advise that, if students absolutely must meet in person for sex, they should wear a mask, avoid kissing, engage in an appropriate position, and use “external/male condoms”.

Note the language— you have to say ‘external/male’ when referring to condom so that you don’t alienate men with vaginas, or women with penises.

The sexpert also advises that students wear a “dental dam” for added protection. I had to look this one up— it’s basically a giant rubber barrier around your mouth. 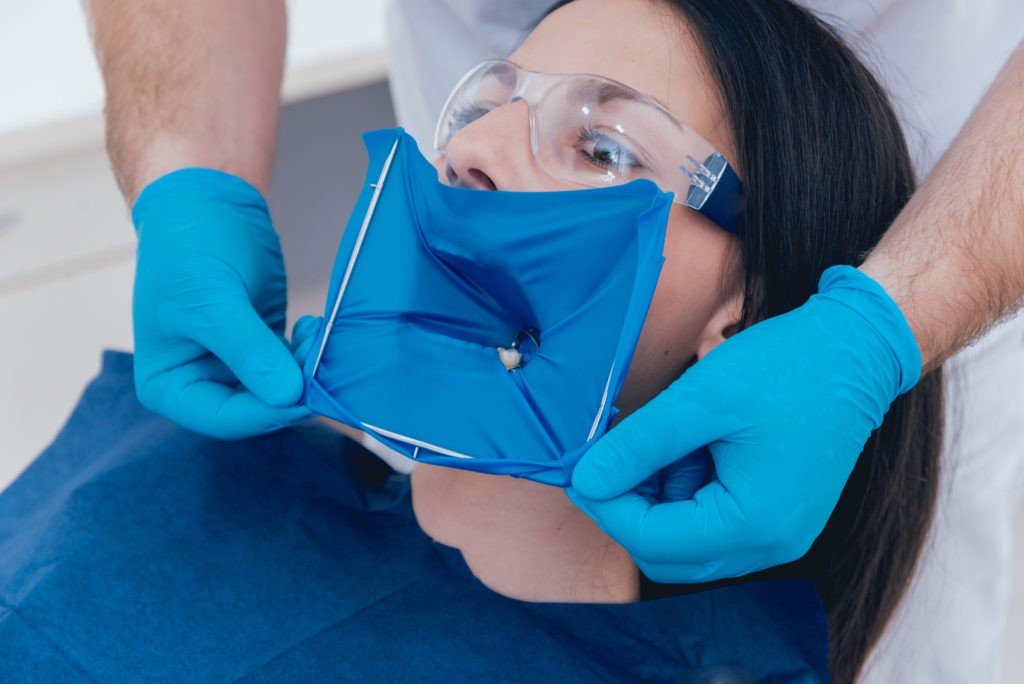 And just to prove there’s no limit to their ridiculousness, the sexpert concludes by telling students they should “order from your favorite online Black-, female/femme-, or queer-owned sexuality shop.”

God forbid you buy a dental dam from someone without regard to the vendor’s gender, race, or sexual orientation.

There was a time when the purpose of education was to expand minds.

Now the intent is to close minds… to strip students of any ability to think critically, and replace intellectual independence with woke, Marxist propaganda.

On another note… We think gold could DOUBLE and silver could increase by up to 5 TIMES in the next few years.

That's why we published a new, 50-page long Ultimate Guide on Gold & Silver that you can download here.

How you could Double Your Money with an asset
That Has a 5,000 Year History of Prosperity

​This 50-page report is brand new and absolutely free.