In the beginning, to counter the public backlash, Anthony Fauci and Co. took a conciliatory tone. They assuaged Americans’ well-founded concerns. Eager to quash growing discontent, the medical establishment spent 2020 on a rhetorical tightrope:

“We’ve got to have a delicate balance of carefully and prudently going towards normality and opening up at the same time that we contain and not allow these surges.”

Over and over, Fauci and Co. promised the lockdown of the economy and social life would be imminently lifted once the emerging virus was contained. The lockdowns were — in their original rollout and PR framing — temporary, emergency measures to prevent imminent loss of life.

What a difference a year makes.

The ruling class, via the corporate press that services it, has now dramatically altered the parameters of the lockdowns:

“The ease with which the coronavirus spreads, the emergence of new strains and poor access to vaccines in large parts of the world mean Covid-19 could shift from a pandemic disease to an endemic one, implying lasting modifications to personal and societal behavior.”

Former CDC director Thomas Friedan – via the nominally “conservative” Wall Street Journal– dropped the shoe that the grassroots right has warned would drop since the lockdowns began:

“Going through the five phases of grief, we need to come to the acceptance phase that our lives are not going to be the same. I don’t think the world has really absorbed the fact that these are long-term changes.”

Friedan and the WSJ are here to ensure that you absorb that lesson, internalize it, and, ultimately, regurgitate it to cull others. In this way, the prisoner erects his own prison – of his own volition.

“The nature of psychological compulsion is such that those who act under constraint remain under the impression that they are acting on their own initiative. The victim of mind-manipulation does not know that he is a victim. To him the walls of his prison are invisible, and he believes himself to be free. That he is not free is apparent only to other people.”

Not a day has passed since early 2020 that the corporate media has not gone to great lengths — alternating between shaming, threatening, and dangling phantom “carrot” rewards for compliance in our faces – to aggressively market safety during the pandemic. Everything they do is for safety, they are diligent to emphasize.

Their motivations are not, in Anthony Fauci’s and Joe Biden’s carefully crafted narrative, to atomize the population by keeping them in perpetual fear by way of the well-trodden psychological tactic of stress-induced Pavlovian conditioning, hence facilitating greater social control. Rather, it’s for safety.

Protecting safety, after all, is what heroes do.

How convenient, then, that those who oppose heroes are villains – even a small child can process and internalize the narrative. The corporate media’s strawman – the filthy, illiterate MAGA riff-raff flaunting science on a mission to genocide grandmothers — is fully erect.

Moving forward, the stage is set to mete out social justice. Cue the outrage “journalism.” Just look at these degenerates, read the chyrons and faces of news actors. 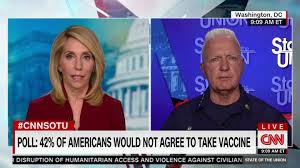 “No, your teenager’s boyfriend or girlfriend cannot come over during the pandemic,” the CNN headline reads. It’s just another in a long, lone line of continual reminders to the subjugated classes that nothing will ever return to the way it was before March 2020.

Visiting your boyfriend or girlfriend is what disgusting MAGA mouth-breathers do. It’s literally violence, in the refrain of the social justice movement.

“It’s a tough time to be young and in love,” says San Francisco therapist Jessica England.

It’s a tough time to be anything, now that we’ve assumed the role of Pavlov’s salivating dogs, begging for food under the watchful eye of the ruling class.

Most everyone knows about Russian psychologist Ivan Pavlov and his contributions to the behavioral sciences – most notably, that animal behavior is highly open to conditioning.

Pavlov’s real practical revelation to the ruling class, though, was the concept of fear conditioning and its remarkable ability to suspend the analytical and decision-making capacity of its victims.

Replace “food” with images and descriptions and predictions of mass suffering. Replace “salivation” with “fear.” In continual states of heightened fear-induced stress, Pavlov concluded, the animal paralyzed by fear is even more susceptible than usual to manipulation and misdirection – anything to neutralize the perceived threat and extinguish the fear.

If fear won’t induce compliance, more material tactics will — the oligarchs have endless levers to pull.

Moving forward, assuming you resist the Pavlovian fear conditioning, your deplatformed avatar will have no voice on social media (the new town square). Whether you nominally retain Constitutional protections of “free speech” – the constant refrain of the woke mob to justify corporate censorship – will be functionally irrelevant to your ability to express yourself.

Beyond your digital erasure, your physical movement will be limited – no plane rides for the unvaccinated! Your children will be removed from government school. You won’t find gainful employment. 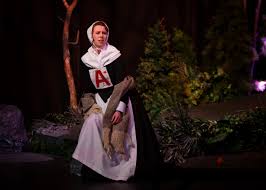 How far will the shunning go? The corporate press now regularly floats the idea of denying medical care to people who refuse a COVID vaccine. “Conservative” French PM Jean Castex proposed legislation to bar the unvaccinated from using public transportation.