“Through June, keep doing exactly what you are doing… Not just wear a mask, wear two. Social distancing, get tested monthly. If you do have a case in your home, have the person safely separate.” 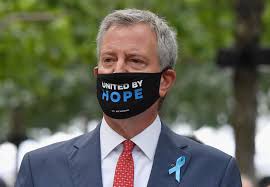 Current authoritarian leadership in the vein of Bill de Blasio, under direction of the CDC, cites research that has “suggested that when a person ‘double masks’ — wearing a polypropylene surgical mask with a cloth mask on top — and the people around them did the same, the risk of transmitting the virus falls more than 95%.”

Not breathing, ABC News will be reporting next month at this rate, cuts the risk of transmission by 100%.

For any New Yorkers who maintain the delusional narrative that the social engineers initially pushed — which promised a “return to normalcy” following the vaccines — let New York Health Commissioner Dave Chokshi put such hopes to rest:

“We now have the valuable new weapon in our arsenal, the vaccine, but we have to think about it as something that is an additional layer of protection — and that includes mask wearing.”

If the social engineers have their way, Guantanamo Bay tactics for mentally breaking prisoners are coming to your neighborhood – only this time, the targets are your children, not accused terrorists.

Canadian Region of Peel outside of Toronto now is now suggesting that parents of children who test positive for COVID isolate them alone in a separate room of the house away from other family members for 14 days – even kindergarteners, even if they have no symptoms. 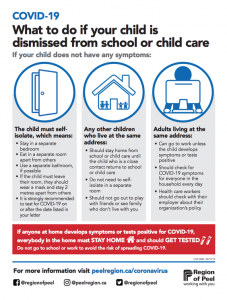 So what exactly does “self-isolating” young children mean? The Peel Region lays out the gritty operational details:

“Developmental delay is often seen in children receiving inadequate or inappropriate sensory stimulation. For example, orphaned infants exposed to the bleakest of conditions in eastern European institutions exhibited impaired growth and cognitive development, as well as an elevated incidence of serious infections and attachment disorders.”

Alas, it seems we are all institutionalized Eastern Europeans now, fully ensconced by the Iron Curtain.

Infectious diseases physician Dr. Martha Fulford sums up what, in a decent world, would be the standard reaction to what amounts to proposed crimes against children: “This is shocking.”

The corporate press insists at nearly every turn that it supports the “science.” How ironic, then, that they now push dangerous and false claims that arguably the best-studied natural supplements to fight coronavirus infections.

“Despite their reputation for boosting the powers of your immune system, a new study reports that vitamin C and zinc supplements don’t help COVID-19 patients recover from their illness.”

Vitamin D, vitamin C, and zinc do, in fact, each support immune function – including, critically, normalizing the inflammatory response to prevent the deadly “cytokine storm” phenomenon that is the biggest cause of death in hospitalized COVID patients. The science is quite clear, and the evidence is available to anyone who looks (at least until it’s scrubbed from the web).

The fundamental issue at hand is that multinational pharmaceutical corporations can’t patent, bottle, and sell zinc, vitamin D, or vitamin C at a 10,000% markup like they do with the drugs that they develop themselves, such as untested mRNA vaccines with no long-term safety studies.

For clarification purposes, when the AP describes China’s “humble, traditionally made shots,” they are referencing the fact that Moderna and Pfizer’s “vaccines” — which utilize untested new mRNA technology – are not actually “vaccines” according to any conventional definition of the term.

So, how do the new mRNA gene therapies work? Per Pfizer’s public relations page:

“Unlike a traditional vaccine that uses inactivated, dead, or portions of actual virus to spur an immune response, mRNA delivers a message to your body’s cells via a lipid nanoparticle envelope that instructs the cells to generate the spike protein found on the surface of a coronavirus that initiates infection.”

Interestingly, when Bill Gates and Anthony Fauci book guest spots on corporate media, they incessantly refer to the “vaccine” — the miraculous “vaccine,” the importance of “vaccines,” etc.

However, in the Gates Foundation-bankrolled Moderna’s 2018 SEC filing, they offer a clearer, more legally precise explanation of their work, correctly referring to them therein as “gene therapies” and “transformative medicine”:

“Currently, mRNA is considered a gene therapy product by the FDA… We are creating a new category of transformative medicines based on messenger RNA, or mRNA, to improve the lives of patients. From the beginning, we designed our strategy and operations to realize the full potential value and impact of mRNA over a long time horizon across a broad array of human diseases.”

You don’t need an advanced degree in marketing to understand the lawyerly semantics game at play: “vaccine” sounds better researched and less Frankenstein-ian than “experimental gene therapy with no long-term safety studies.”

This is the same manipulation tactic that Bill Gates employs with his relentless sweater-vest wearing, foppish hand gestures, and nerdy vocal intonations during cable news interviews – the idea is to get the target (you and your family) as comfortable as possible with your new role as medical test subjects. 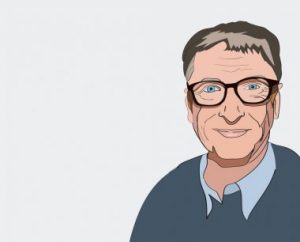 Who wouldn’t trust the friendly neighborhood Mr. Rogers-style nerd to shoot straight? You wouldn’t hit a man with glasses, would you?