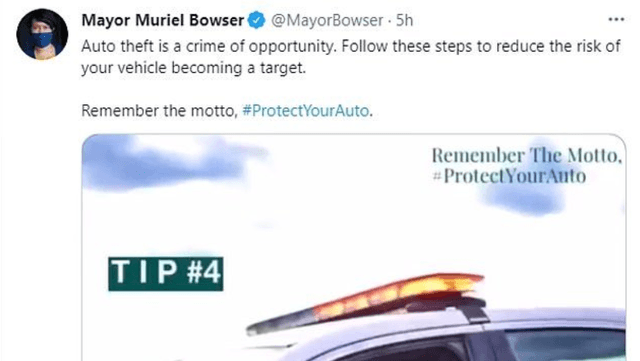 DC Mayor Muriel Bowser's tone-deaf response to wave of carjackings in her city, including last week's fatal one.

When The Blue Aren't Backing You

Over the weekend, a Trump supporter was maced by Antifa protestors, who also threw rocks at his truck. The Trump supporter pulled a gun on them, and he was arrested by police, who had done nothing to prevent Antifa from attacking him.

That was an example of a term the late political commentator Sam Francis coined, "Anarcho-Tyranny". Here's how Francis defined it:

This condition, which in some of my columns I have called "anarcho-tyranny," is essentially a kind of Hegelian synthesis of what appear to be dialectical opposites: the combination of oppressive government power against the innocent and the law-abiding and, simultaneously, a grotesque paralysis of the ability or the will to use that power to carry out basic public duties such as protection or public safety. And, it is characteristic of anarcho-tyranny that it not only fails to punish criminals and enforce legitimate order but also criminalizes the innocent.

Once you have anarcho-tyranny in mind, you start realizing previous news stories fit the same pattern. For example, Mark and Patricia McCloskey, who faced criminal charges for defending their home against BLM protestors last summer.

After you see the anarcho-tyranny pattern, you can pull back and consider the bigger picture. Not only is persecuting the innocent a choice; so is allowing crime. As Curtis Yarvin and Richard Hanania have pointed out, Victorian England essentially solved crime.

Our Twitter correspondent Kashiwagi had an excellent thread about this:

When we have something new to say about investing we'll write about it here. In the meantime, if you're looking to add downside protection, you can visit our website or our app.

Over the weekend, there was a disturbing attack on an old woman in broad daylight in Midtown Manhattan.

Now, the perpetrator has been arrested, and it turns out he was on parole for murdering his mother in 2002.

It's almost as if our leaders wanted this man to attack someone again. 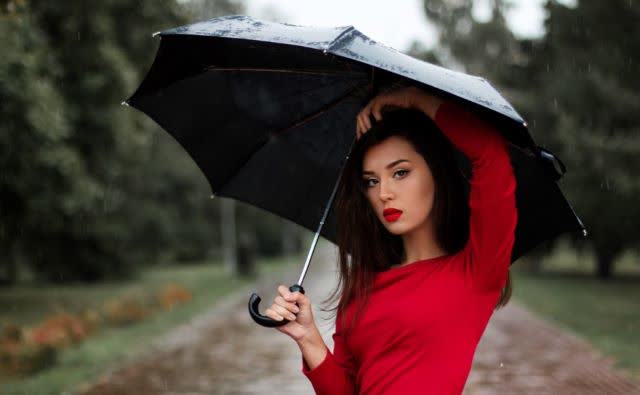 Some promised investing content for you: Buying Umbrellas When It's Sunny Out.