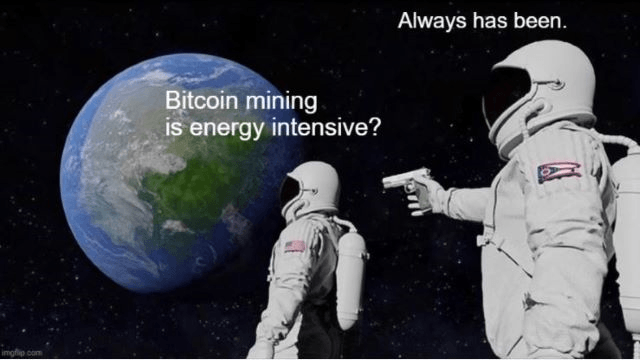 Meme via the Portfolio Armor art department and Imgflip.

You know the news by now: Tesla is no longer accepting Bitcoin as payment. Per Elon Musk's tweet last night, it's because of the fossil fuels used to generate the electricity for Bitcoin mining, particularly coal.

As we type this early Thursday, Bitcoin is down 11% over the last 24 hours, with Etherium down about 8%. Elon Musk's Bitcoin announcement Wednesday night raises a few questions.

2. Is Musk aware that fossil fuels also generate most of the electricity that powers Tesla's cars too? In the U.S., for example, 80% of electricity is generated from fossil fuels, including coal.

Our guess is that the answer to both questions is "yes". So what's going on? Let's review.

From the announcement in early February that Tesla had added Bitcoin to its balance sheet to Wednesday, shares of Tesla were down nearly 32%.

Instead, as we speculated in post earlier this week (Shades Of 2000 And 2008), the crypto rally may have siphoned off some of the speculative fervor that had previously fueled cult stocks like Tesla.

As Car And Driver pointed out last month, Tesla's profits in its most recent quarter were due to Bitcoin sales and emissions credits, not car sales:

The company had an income of $438 million, including a $101 million "positive impact" from the sale of Bitcoin, and $518 million from selling zero-emission regulatory credits to other automakers. That means Tesla continues to lose money making and selling vehicles.

A Correction In Crypto Is In Tesla's Interest

If we had to guess why Elon Musk suddenly became concerned about the fossil fuels powering Bitcoin mining, it's because a correction in crypto is in Tesla's interest. First, it might take a cooling off of the crypto market to get speculators to start looking at Tesla calls again. And second, it will give Musk an opportunity to buy crypto at a lower price.

Wait, What About The Fossil Fuel Issue?

Our guess is Musk won't be buying Bitcoin next, but Ethereum. One reason is that, as our Twitter correspondent Anatoly Karlin reminded us, Ethereum is moving to a proof-of-stake approach, which may require 99% less energy than the proof-of-work approach Bitcoin uses to verify transactions. The other reason is that Roko Mijic is a huge Ethereum bull, who thinks it will exceed Bitcoin's price.

Recall that, as we mentioned in a post last week (Rotation Or Simulation?), in an odd twist suggesting this all might be a simulation, Roko Mijic is responsible for creating the happy family below. 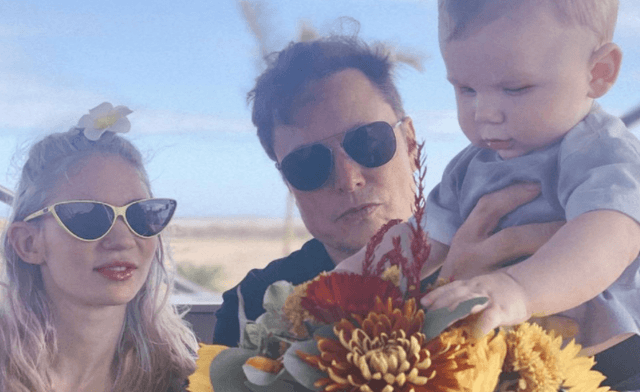 Mijic isn't the only Ethereum maximalist, but he's one Musk is familiar with.

As of Wednesday's close, Tesla was the #2 ranked name in our system's daily ranking. We'll be curious to see how that pans out. In the meantime, we still suggest investors who own Tesla or other stocks consider hedging. Let's wrap up with a quick update on that.

In our previous post, we included the video below showing how to hedge market risk in a Nasdaq-heavy portfolio by buying optimal puts on QQQ as a proxy.

At about 3:47 of that video, we show the optimal puts to hedge 1,600 shares of QQQ against a >19% decline by next December. The cost was 2.88% of position value. Scanning for the same hedge as of Wednesday's close, we see the cost has ticked up to 3.33% of position value. 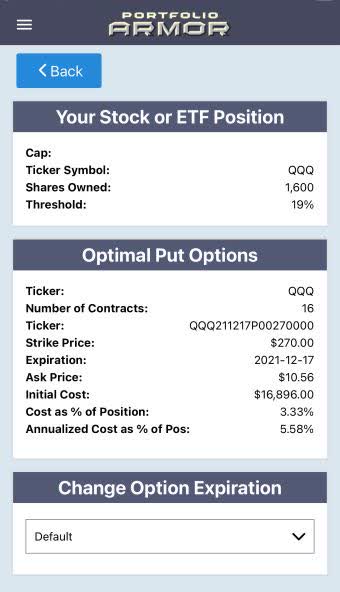 Not a huge uptick in hedging cost, but you're probably better off adding protection sooner rather than later if current trends continue.