Tired of establishment status quo bullshit from both parties? Join the good fight to #unrig from the broken US political system. 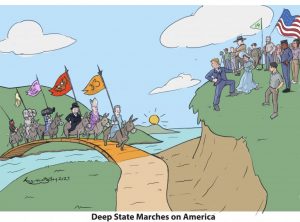 First and foremost on the #UNRIG agenda is to straighten out the narrative.

The US political landscape has shifted significantly and irreversibly since the 1990s –- we have crossed the Rubicon, as it were, and there is no going back now. What’s really going on in American politics?

Among the ranks of the astroturfed, establishment, Ivy League media, there are those who still – despite a total lack of evidence or common sense — believe that xenophobic hatred, or Russian interference, or misogyny secured an unprecedented Trump victory in 2016.

None of those explain the true zeitgeist among the US electorate at play then, or now in 2021.

The conventional corporate media elites — CNN pundits and New York Times columnists chief among them — fundamentally misunderstand the most powerful forces that swung the 2016 election: you and millions of everyday Americans just like you.

This disconnect between elite corporate media and average Americans is why HuffPo — and virtually every other corporatized media outlet –predicted 90%+ odds of a 2016 Clinton victory, perhaps the single greatest political miscalculation in the history of modern political analysis.

They are ideological dinosaurs; they simply don’t understand the American voter’s motivations any longer. Nonetheless, they appear to have learned nothing from their failed predictions as they persist in their ignorant political assessments to this day.

Trump won in 2016 because he appealed to a large enough swathe of the non-ideological American populace that just wants a good future for themselves, their families, and their neighbors.

He emerged victorious because he challenged both the neocon establishment in the GOP – a fight which continues even now with the expulsion of Liz Cheney, daughter of unprosecuted war criminal Dick Cheney – as well as the neoliberal, globalist establishment in the Democratic Party.

The 2016 election was the result of over 30 years of the Democratic Party and the Republican Party selling their own constituents down the river.

After Reagan’s successful reign of power, Democrats sought to benefit as well from the corporate cash that was now steadily seeping into the campaign finance system and turning the entire political machinery into a quid-pro-quo system – the intended effect of which is to leverage money out of the hands of corn farmers in Iowa and steelworkers in Pennsylvania and into the accounts of Wall St. profiteers who contribute nothing of substance to the material economy.

At the turn of the 21st century, court decision after court decision cracked and cracked the foundation of democracy until the façade of representative governance finally broke with Citizens United.

The bleeding of the American middle class, in consequence, continues unabated.

Salt-of-the Earth Americans, as they always have, crave justice and a fair shot to succeed. What they get from both parties, instead, is a stale culture war over transgender athletes and racialized “diversity” quotas for multinational corporations to rehab their images with a fresh minority face.

In short, what the GOP and DNC offer is no vision; a void of leadership; utter meaninglessness. 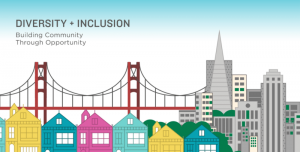 Why should a rank-and-file Target© employee – white, black or Hispanic, male or female — care about “diversity” and “inclusion” when they make $11/hour?

They shouldn’t, and they don’t. What they truly want is a living wage and, beyond that, to find meaning in their work and lives. Being a cog in a corporate machine just doesn’t fit the bill. This is a human perspective, not an ideological position.

The fight is on to restore the soul of the American republic and governance of, by, and for the red-blooded Americans who built this nation.

Robert David Steele – retired CIA operative and whistleblower – has been in the trenches and seen inside the belly of the beast. He knows what it takes to defeat the Deep State and restore control to the American people.

Launched in mid-May, his brainchild, the national #UNRIG tour – spanning coast to coast – is set to arrive at a town near you.

The keynote speakers and organizers include:

We are the resistance. This is your chance to connect with fellow patriots in your hometowns and, united as one, build the networks we need to challenge the elite power structure.